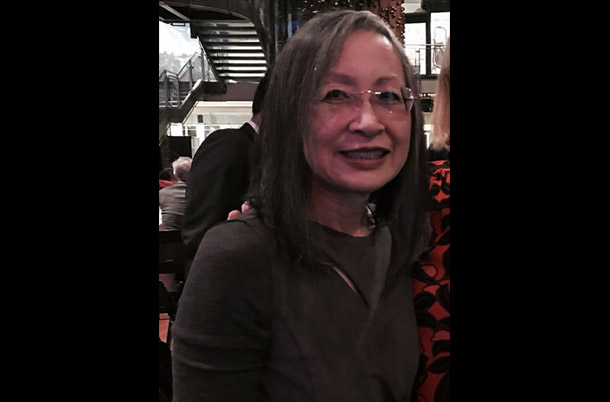 As the former Executive Director of International Community Health Services, Wong led the transformation of the formerly small storefront clinic to become in 2005 the largest Asian Pacific American service organization in the Pacific Northwest.  In the past five years, Wong served on Seattle’s Asian Pacific Directors Coalition, the Alliance of Eastside Agencies and the King County Asian Pacific Islander Coalition.

Most recently, she was director of the Chinese Information and Service Center. “I would like to stay involved in the community,” she said.

Wong spoke with the International Examiner about being a student during the Civil Rights Movement, issues facing the local API community and how the current administration could impact funding for health care and nonprofits.

International Examiner: What led you to career advocating for public health in API communities?

Dorothy Wong: I grew up within the context of community involvement and people engaging in leadership positions. My maternal grandfather was a university professor and my paternal grandfather became the head of our family association. When the Chinese first arrived here and were discriminated against, they formed family associations, pulling their resources together to help one another. We grew up middle class but in rapid succession, my father and grandfather died. My mother suddenly found herself alone, not knowing the language and American culture and having to raise us while fulfilling her obligations as a daughter. Those factors played into my being aware at a very young age about some of the struggle and circumstances that families can encounter, particularly immigrant families. We were fortunate in that our family had resources and didn’t suffer economically. I think the notion of both having advantages and also seeing hardship framed my mind and how I see the world. In my generation, women were expected to be in traditional roles. I could see I was being groomed for a different role in life which contradicted with what women were expected to do.

I grew up in a small Navy town not surrounded by a lot of Asians and did face discrimination, especially in adolescence. You can see how racism is learned. That element triggered my awareness of racial discrimination and inequality. Then the civil rights and free speech movement happened. Berkeley was ranked the number-one university in the country at the time and I got to go there. Having access to opportunities that I never thought were possible was an enormous gift. I think that was the most exciting time in the Bay Area because you watched the nation evolve.

After Berkeley, I ended up working in a predominately African-American community in San Francisco, working with mental health and substance abuse patients from low-income families. I observed how the African-American community dealt with racism and the conflict between men and women. I was able to work my way up from secretary to office manager within that agency. Later, I worked at a community health center in San Francisco. I realized my best strength was administrative, operational experience. I chose to get an MBA to get into the corporate sector, but what I learned was managerial systems — how to manage your financial resources, organize and manage work efficiently. Then it dawned on me: I could use those techniques in a nonprofit.

My first job as a director was for the Asian AIDS Project. The epidemic was escalating at that time. When I took over the agency, the LGBTQ community did not support it. Two years later, we became the third-best AIDS and HIV program in San Francisco. I had to really turn around and prove to the community that I was serious about addressing the need.

IE: As executive director of ICHS for 12 years, how did you help transform the organization?

DW: The ICHS was a struggling storefront clinic and was on the verge of being merged. The fact that I came with a knowledge of managerial principles helped. [In addition], community health centers in Washington were banding together to form an organized health care plan. Money started flowing for community health and medical services, providing funds for us to grow.

Within the CID, there was a lot of development happening. We partnered to work together with the PDA’s Village Square Project and got the opportunity to build our first clinic. Sometimes it’s knowing when to leverage opportunities that are before you. Choosing strategic partners at the right time was also critical.

I left for personal reasons and it was time to pass the baton. ICHS was fortunate to have Teresita, who took ICHS to the stratosphere, but I feel good about laying the foundation. What I found about the API community here in Seattle was that they were politically savvy. They put aside their ethnic differences and worked together politically as a force, epitomizing the API community. There were Asians on the City Council and in the state Representatives, and at that time this was very impressive.

IE: What are you most proud of accomplishing during your time as CISC executive director?

DW: I helped CISC assess how to improve its service delivery model. Issues nonprofits face are not enough funding and how services are funded.  Our early learning program only serves 20 children instead of hundreds of children, so it was difficult to get funding for infrastructure. I recognized that and got the agency to look at how it could build support with the resources it had and for staff to rethink how they structure programs. How do we evaluate what we’re doing and plan?

Bringing management practices, processes and theories is important for nonprofits. We became part of the Bridgespan Group’s organizational development program Leading for Impact. I remember years ago an African-American leader who ran a very effective nonprofit telling me, “We are in the business of taking care of people.” You’re in the people business, but you also must be careful to use appropriate outcome measures.

IE: What do you consider the most important issues affecting CID and API communities in Seattle?

DW: The influx of people coming into Seattle is enormous and more diverse than we could have anticipated, including the API community. We are getting a lot of newcomers who are not the typical newcomers organizations are used to serving. They’re wealthy…that doesn’t mean they don’t have challenges, but we can’t serve them because our funding is primarily from the government. Their needs may be different as well. We are also getting a lot of Asian Americans working for corporations who don’t have a history of being in the ID or with the traditional Asian community here. How can you engage them?

Additionally, that huge number of API…creates a misleading impression that the API community is doing well. The people we are used to serving still face challenges. There is a lot of advocacy now about disaggregating the API umbrella, so we can more accurately identify the needs and continue to have funding to provide services. There are still many low-income immigrants who are struggling and are now getting pushed out of Seattle into outlying areas that don’t have the resources to provide services they need.

For many nonprofits that I’m aware of, most money comes from government funding. I think [recent tax reform] cuts will have significant impact on nonprofits’ future. There’s something about the economic environment we are becoming now that is going to impact the future of the community work that we’re doing and this country as a society. The people I know who work in nonprofits do it because they care about people’s well-being, but that’s not being rewarded. A society that values health and wellbeing of its citizens will have a very different take on how a country’s resources will be allocated, as opposed to a country where your ability to accumulate and demonstrate wealth is a measure of your worth.

Any advice or comments to younger leaders and activists in the community?

DW: We need your activism. When I first got involved, we had something at stake that drove our involvement. For the young people coming of age, they have a lot to lose unless they take action. To do something means to put yourself at risk and I think that’s where most people stop…I saw the fight and remember the struggle and I also reaped the benefits of it. The life I have lived is truly a privilege, to be a single woman, to do what I do without a man by my arm, to go where I go, was the result of a lot of fighting and advocacy. I’ve gone through more hell on a very personal level during the whole time I was doing all my work than I could have ever imagined, because I was bumping against the flow. Fortunately, a lot of my predecessors paved the way for me. That doesn’t mean it was easy… But the enrichment that I got out of it far surpasses that.

On a personal level, I compare my life to my mother’s life. She lost opportunities to pursue her dream due to the circumstances she encountered. Within one generation, I had a fundamentally different life. I can see that within one generation, everything I thought was available to me and future generations could disappear quickly. I never thought I would see in my lifetime the election of a black president and having said that, I never thought I’d see that everything — Social Security, Medicare, Medicaid — could go away quickly. Vote. Taxes are what funds public infrastructure, public health, first responders, emergency disaster relief.