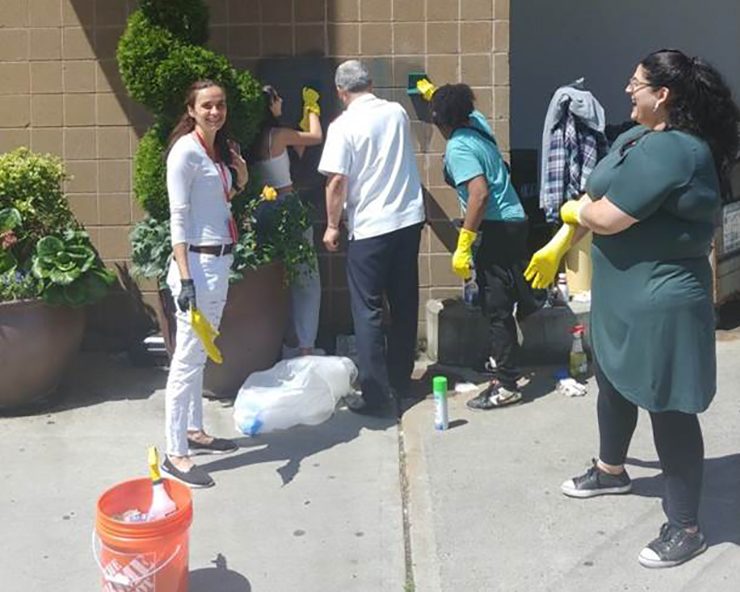 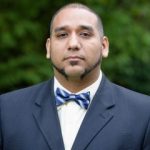 I’m sitting here with remnants of a protest, and maybe so much more. I have memories and memorabilia from Sunday May, 31, 2020, in downtown Bellevue.

I had friends and family reach out to me and tell me they saw Bellevue in the news, and they wanted to know if I was ok. I told them, yes, I’m ok.

I have a flash bomb or stun grenade, a rubber bullet and an empty tear gas canister.

It was frightening, yet just as exhilarating, being at the receiving end of these crowd controlling tools/weapons. I had people injured around me, collapsing because they couldn’t handle the tear gas, or doubling over in pain from a rubber bullet.

At times there were huge disconnects between the protesters, the cops, the rioters and the looters. The day and night ebbed and flowed between solidarity and dissension between all groups. Some came to chant “I can’t breathe”, others showed up to yell “F*** 12”! There were times you couldn’t tell the difference between some of the groups. I saw cops become unnecessarily hostile, and were called thugs, and rightly so. I saw protesters yelling at looters to stop vandalizing and stealing, especially from locally owned small businesses. Yet there were moments of connection and solidarity between all of these groups.

Throughout the day and night, I was mistaken for a gang member, asked if I was an undercover cop, an employee, a looter, but most of the time, I was seen as just another person. I’m sure many had similar experiences. Intersectionality is very important, it should be acknowledged, understood and appreciated. But there was definitely a disconnect, a disconnect even within me.

I occasionally found myself with groups of people who were expressing anger and were utterly disgusted by the looters as we looked on from a distance in judgment and disdain. From a distance, easily disconnected from them. I understood why these people were so enraged, and at times outraged, by the looters. A few would try to intervene to stop them. Some with hostility and threats, mostly white men, others with emotional pleas and convincing arguments, mostly older black women. Both usually failed. One older white man was wearing a cowboy hat and a lone star badge and was brandishing a gun. One older black woman was begging a group of young black teenagers to just go home and be safe and stay out of trouble.

One young white guy said the looters should be shot. A young black woman immediately responded with anger and extreme emotion, chastising him for those comments. She was visibly shocked when the crowd chose not to join her in her verbal assault of the guy. Instead, a young black man intervened, he did not condone the suggestion of shooting the looters, but instead quietly, yet firmly, told the guy that both responses are wrong.  The young girl was not thrilled with the outcome, but she simply returned to her group of friends.

Other times I found myself among those looting, while never participating, I did gain a different perspective. A very rich perspective. I was offered an iPad, which I turned down. I overheard a young lady yell to her friends to grab children’s size clothes because she has kids. She then made it a point to turn to me and tell me she isn’t breaking in there and going to grab anything herself. I think we shared a feeling of disconnect. A feeling of fear and excitement. A feeling of confusion and disgust. A feeling of guilt yet possibly in some weird, distorted way, feeling as though we were witnessing an act of some form of justice that was happening among the hysteria.

The disconnect is difficult to deal with. I think cops would deal justly and peacefully with peaceful protestors were it not for the acts of violence and looting by some. The batons and other tools/weapons used for crowd control, and at times used to terrorize, wouldn’t be needed if the crowd was under control and not committing crimes.

But then again, kneeling on a human’s neck is…. a crime.

It’s when cops DON’T deal with someone in a just manner that causes the discord, the antagonism, the hurt, the pain, the death, and the sense of hopelessness. This is also due, in large part, to the historical differences in power dynamics and the abuse of that power… and obviously many times racism, and when not individually, systemically and institutionally.

I met a young male Latino who said he was gang affiliated and he came from Tacoma only to cause trouble. As he walked away, I took a picture of him draped in the Mexican flag, as I thought, Oh! So this is one of those thugs everyone is always talking about. He probably couldn’t explain to me who antifa is or what they stand for. He probably couldn’t wax eloquently about various theories about the school to prison pipeline or the disparities of an underfunded school districts. But he had a story.

I thought about his possible home life.

A broken home? Poverty? Harassment at the hands of police officers? Difficulty with his identity? Feeling disconnected. Never feeling truly “American” and never Mexican enough, thus never fully embraced by any community, other than maybe his peers and his gang? Anger, rage, a lifetime of suffering at the hands of injustice on so many levels and in one form or another. He didn’t come to chant “I can’t breathe”. He came to yell, “F*** 12”. But maybe I’m projecting, because I could connect with that.

When asked by friends and family if I was ok, why, why did I respond by saying, I’m ok?

Because some of those looting were my students. Former students, current students and possibly future students. And if they survived, and from all reports they all did, they were back in class the next day or maybe someday. Maybe I can connect with them, and say something to inspire them to never loot again? Maybe I can connect them with an education that will help empower them to never have to feel like they need to loot again? Maybe I can help society make the connections we need to make so that my students will feel like they have other clear options rather than vandalizing, rioting, and looting? Regardless, what I should do is judge carefully, fearfully, and maybe withhold judgment all together before trying to connect with them. Like it’s often said, rebuke without relationship equals rebellion.

When we speak of the protests, and advocate for peaceful nonviolent actions, let’s not be so quick to pass judgment on those that are vandalizing, rioting, and looting. Let’s think deeply how they got to that point, and despite how convinced we are about how wrong the outcome may be, can we find it within us to speak compassionately about everyone?

By Monday morning in Bellevue, I saw the streets filled with people of all shapes and sizes, all ages, all ethnicities, genders, sexualities, faiths, religions, various abilities, class, and color, all coming together, clad with brooms and trash bags, all connecting to restore our city, and in the process, they were restoring hope.

I took a photo of a man from the Salvation Army, a local family, a neighbor, a member of the chamber of commerce…. all working to remove one piece of graffiti. Within this one group of volunteers, based on just what I could see, there were representatives from the Asian community, the white community, and the black community.

While there remains a major disconnect between my understanding of all the things that transpired on Sunday May 31, 2020 in Bellevue, WA, and what’s continuing to happen across the nation, I feel hopeful. These events have the attention of the nation, and of the world. I hope we can make the connections and make the changes necessary for everyone to be able to feel heard, respected, and even loved!

I can still breathe.

Let’s learn to love one another. While there may be many gray areas throughout history, and many more to come, we MUST learn how to love in every color, every faith, every gender, every ethnicity, every class, every sexuality, every legal standing, every ability, every way possible… with every remaining breath we have.

Before I walked back home, I took a picture of a family, maybe not what comes to mind for many when you hear the word family, but a beautiful and inspiring family I had the privilege of meeting. As I thanked them for their service, sacrifice and efforts to restore downtown Bellevue, I saw so much joy and hope in the eyes of the kids. Despite the tremendous amount of violence and destruction and hate going on the night before, and currently and historically going on around the world, I was able to make a connection with these kids and I was offered the gift of hope.

Juan Esparza is a program specialist and case manager at Bellevue College.