The Southeast Asian community has established itself in the United States for over 30 years. And yet, the legacies of war, genocide, and trauma that fell upon these groups is still unheard of to most of the public.

This lack of recognition and understanding is reflected in the high amount of mental health issues, the disproportionate amount of low-income Southeast Asian families, and the number of gangs formed by Southeast Asian youths.

A cycle of poverty forms for Southeast Asians when there is not a clear path to higher education.

Despite the Southeast Asian recruitment and outreach counselor being a part-time, one year position, Latana Thaviseth, a Lao American and former Southeast Asian recruiter, carried out successful conferences, bridged community-based organizations with the UW, and was able to increase the visibility of a marginalized community. Just as plans were underway by UW students to tackle issues of retention, the dismissal of the recruiter took precedent.

In the seven-month period following Thaviseth’s dismissal, several meetings took place beginning with an open Student Advisory Board meeting where students representing various Southeast Asian organizations spoke out on disparities. Student leaders, leaders of the Southeast Asian/American Access in Education (SEA3eD) Coalition, and community leaders from the Asian Pacific Director’s Coalition (APDC) all met with UW administrators at one point. The same reasons were given each time for the dismissal: 1) The dismissal was due to a budget constraint; 2) If the recruiter is reinstated, every subgroup will ask for a recruiter; and 3) Data shows Southeast Asians meet state parity.

The University of Washington has an obligation to be committed to every student’s success. They should be meeting the needs of all groups, as this issue is not only a Southeast Asian issue, but also an issue across the board for all ethnic groups. When UW bases its decisions on meeting state parity—the equivalent term to a quota system to discontinue support to a marginalized community—then we need to reevaluate and change our systems in place.

Students are beyond numbers and no quota equates to their lived experiences, especially those unique to Southeast Asians.

This is not a budget issue it is one concerning race and ethnicity. The belief that Asian Americans are the “model minority” is not just based on their perceived academic success, but also on their perceived passiveness, which made the decision to dismiss the Southeast Asian recruiter position an easy target.

Nevertheless, on Thursday, July 31, a room of over 50 API community leaders gathered at Asian Counseling and Referral Services (ACRS) to have an open dialogue with UW President Michael Young. This meeting was hosted by the Asian Pacific Islander Coalition (APIC) and APDC. In attendance was also Vice-Provost for Diversity Sheila Edwards Lange and Provost Ana Marie Cauce, as well as invited regents Rogelio Riojas and Constance Rice.

The bulk of this meeting was open to questions and addressed a much larger issue than the Southeast Asian recruiter position.

Tony Lee asked, “What is the mission of UW? Will it continue to serve the broad and diverse communities in our state?”

Lee said that the population of Washington is becoming more diverse and the University of Washington, as a flagship institution needs to grow alongside this change.

Also speaking on the changing demographics, APIC chair Diane Narasaki said: “There was a time when the University of Washington was inclusive to our community (APIs). The leadership structure needs to reflect our community. Without inclusion of Asian and Pacific Islanders at every level, from regents on down, there will be increased disconnect.”

These questions and statements not only apply to the Southeast Asian experience, but to the changing demographics of every community.

Position reinstated, work is not over

Following the discussion, Lange announced the reinstatement of the Southeast Asian recruiter position, making it a permanent .5 full-time equivalent (FTE).

The university has committed to a focus on retention and is committing to a .25 FTE and .1 FTE staff to work specifically on retention efforts. A new position will also be created with a focus on the academic success of recent immigrants, refugees, and undocumented students as well as several full-time mentorship positions at the UW Ethnic Cultural Center.

“We cannot do work without community and students,” Lange said.

The formation of a Southeast Asian Advisory Council that was established in February and halted in July of this year may be reformed again to guide the recruiter and advise UW of best practices to serve API students.

While these wins are worthy of celebrating, a seven-month delay equates to a cohort of Southeast Asian students that could have benefited from this position. Nevertheless, by reinstating this position, it is a symbol of renewed trust between the community and the institution.

“It is a symbolic representation of diverse experiences,” said Ay Saechao, founder and co-chair of the SEA3eD Coalition.

The reinstatement of the Southeast Asian recruiter position also reflects a milestone in creating greater visibility to a marginalized population. Southeast Asians advocated for this position and with the assistance and solidarity of Washington’s Asian and Pacific Islander community, ensured that this position stayed.

During the meeting, OCA Greater Seattle Chapter boardmember Frank Irigon directed a question to Young: “When will we see this position becoming full-time?”

Young said in response to Irigon’s question: “UW must balance resources given constraints. … As resources come up, the university will expand all efforts.”

The Asian and Pacific Islander community will be watching closely to hold the UW accountable to the Southeast Asian community, and also to all marginalized communities.

“We don’t want to see money taken away from populations that in fact need more support,” Narasaki said. “We want to see UW grow, but not at the expense of minority populations. … UW is supposed to generate people with skills, … to fill the jobs we have to offer. And we need to make sure that people of color are supported to have those skills as well.” 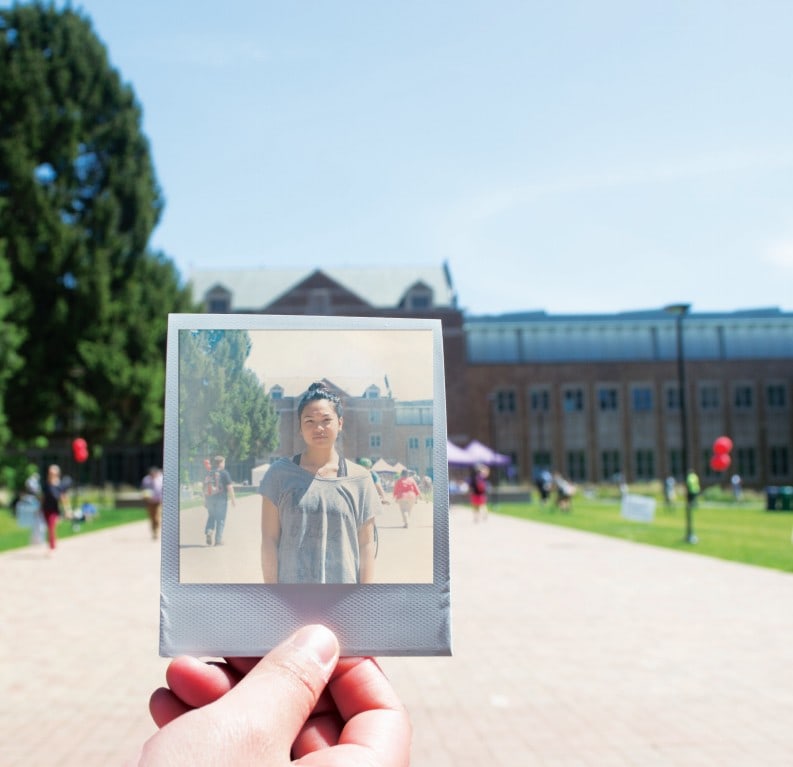