As The 5th Avenue Theatre gears up for its upcoming production of Waterfall, individuals within the organization are taking the opportunity to evaluate The 5th’s progress in its efforts to bring more diversity to the musical theater genre. While Waterfall marks an important inclusion of Asian history and culture on a major regional stage—both in terms of the stories being told on the stage and the actors that appear on the stage, equally focused efforts toward a more diverse and inclusive theater community are also being made offstage—namely, through the efforts of our growing education department which reaches over 75,000 students a year.

As education departments among nonprofit arts organizations go, the 5th’s team of five is substantial. It’s also a team for which the terms “diverse” and “diversity” are not just bullets on a mission statement, but also self-descriptive. “We’re like the Planeteers!” jokes Anya Rudnick, Director of Education and Outreach, referencing a popular animated TV-series which featured delegates from each major continent. Rudnick is also referencing the fact that combined, the small staff represents no less than Jewish, Japanese, Norwegian, Celtic, Filipino, and Zimbabwean heritages.

Recently, The 5th’s education team—Anya Rudnick, Orlando Morales, Lauren Ruhl, Connie Corrick, and newest member Kwapi Vengesayi—found time to sit down with Bill Berry (Producing Artistic Director) to talk about musical theater, a recent touring show that introduced the history of Japanese American Internment in the Pacific Northwest to elementary and junior high students, and what it is like to be a “diverse” department implementing a number of diversity and inclusivity initiatives.

BRINGING THEATER TO THE COMMUNITY

Bill: We are working on multiple initiatives that deal with “inclusivity” and “diversity” in our theater programs. But are we feeling like our programs reach out to all students equally? Are we representing the communities that surround us?

Anya: Well, we’re working on it. I don’t think we’re there yet. But we’re definitely trying to work towards it. And it’s important that, as a department, it’s at the forefront of our thinking. Some of our programs are making big strides—like Adventure Musical Theater—which performs in elementary and middle schools. In that regard, yes. We are reaching so many students from every background and we’re bringing stories—like Baseball Saved Us [a musical based on the book by Ken Mochizuki]. We went all over the state with a show about the Japanese American experience in the Pacific Northwest during World War II, including into school communities where the audience (students and teachers) have personal connections to the history.

Lauren: It was interesting to me how many of the students we performed for—Japanese American students included—didn’t know the internment story. Or at least didn’t understand what the experience meant—both emotionally and historically. But actually looking back, I was the same way. It was the story of my grandparents. And we knew that it happened, but it wasn’t something that they really talked about. They wanted to move on past it. But we had people come to see Baseball Saved Us who had lived through the internment experience who then wanted to talk more about it after seeing the performance.

Anya: And the number one question that I heard students ask was some version of “were their rights really taken away?” I was amazed that even the younger students internalized that—that they understood what it means to have one’s civil rights taken away.

Bill: That’s important given that one of the biggest obstacles for our theater is the notion that musical theater isn’t relevant.

Connie: Well, in the mind of most people who don’t know it well, musical theater is a light and fluffy form of entertainment.

Anya: That’s something that we need to combat as a department. Along with the perception that The 5th Avenue Theatre and our programs are only for a certain group of people.

Orlando: But you could argue that every traditional culture places value on theater and music.

Kwapi: Yes, my experience being from southern Africa—these were the ways to pass down morals and traditions…

Bill: Yet, we’re still facing the reality that people of color, and immigrants, and non-Western experiences are currently underrepresented in musical theater.

Orlando: Well, we also have to look at what’s happening in the schools. When I go into schools that are labeled as “underserved” and encounter students that lack arts education and seem totally disconnected to both “traditional traditions” and to the American musical theater tradition, nothing is more frustrating. There are so many forms of expression and storytelling between theater and music and musical theater, but so many students in our area are missing out on this heritage. And the fact that access to arts education is still predictable along lines of socioeconomic and racial disparity… that kills me.

Kwapi: But we should also acknowledge that students can be connecting to aspects of that heritage—just not at school. Maybe at churches and community centers…

Orlando: You’re totally right. I used to do Filipino folk dancing at church, growing up…

Connie: But students aren’t necessarily seeing how their experiences could inform what we do here at the theater.

Orlando: Exactly! We’re not going into a community simply because we believe that it needs musical theater. It’s actually, “We’re reaching out to you in the community—musical theater needs you.”

Kwapi: Ideally, we’re helping create a new crop who will become tomorrow’s artist and storytellers. And that their art is informed by what is relevant to them. It’s an investment in the future.

Anya: They’ll write the next Sound of Music! And have that big of a mark on society.

Lauren: Okay, but after premiering at the historic 5th Avenue Theatre.

Bill: That brings up another point to consider—that our theater, with its Chinese-inspired design, at least symbolically connects us to the idea of Asia.

Kwapi: … And the idea of a global community.

Orlando: And now, this is where we’re creating American musical theater.

Connie: Well [in 1926], it was a time when Seattle was reaching out to Asia—it was “The Gateway to The Orient.” There was an importance in connecting with another part of the world.

Orlando: And now it’s kind of symbolic of what we’re trying to do in our education department.

Lauren: Become a gateway to the community!

Anya: But, it’s also more complicated… the theater was built in 1926, when there were all kinds of federal exclusion acts, preventing Asian immigrants from settling here—or becoming citizens.

Orlando: Yes, that’s messy—there’s a lot to unpack there. But that’s also the history of America. And this region. And musical theater, in a way. But here we are—in a place with this complicated history but with the opportunity to take what we’ve inherited, celebrate its significance, and share it with as many people as we can.

Bill: Some kid should write a musical about that. 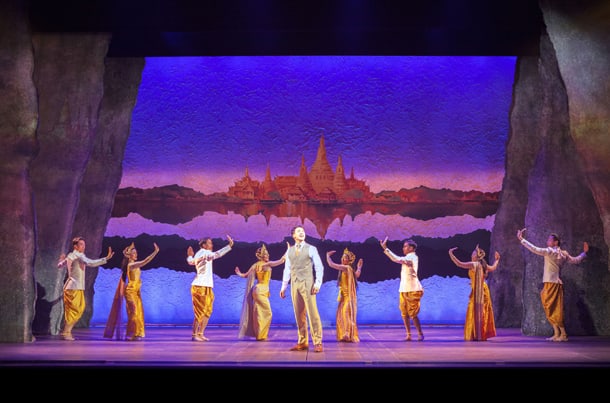 ‘Waterfall’ a vast collaboration across cultures 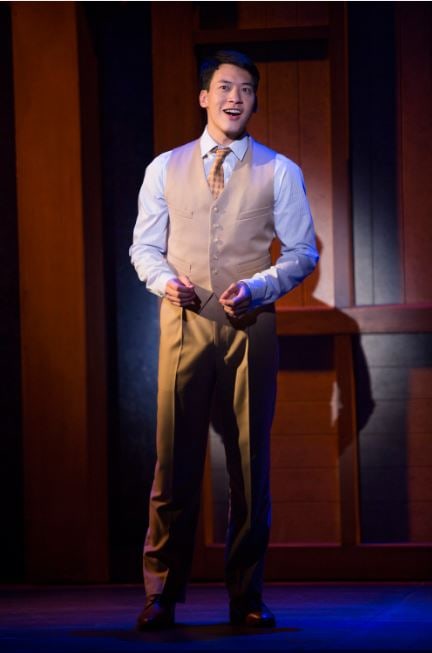 Behind the musical: Thai tale inspiration for ‘Waterfall’ 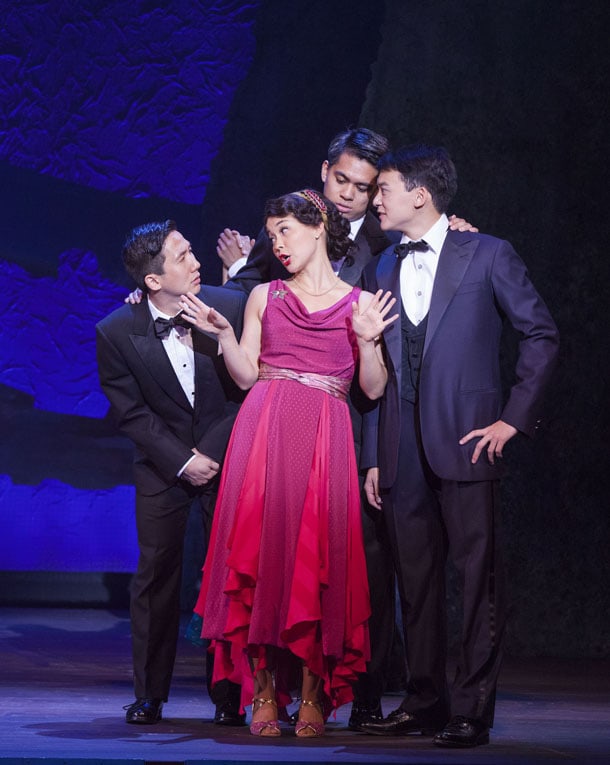