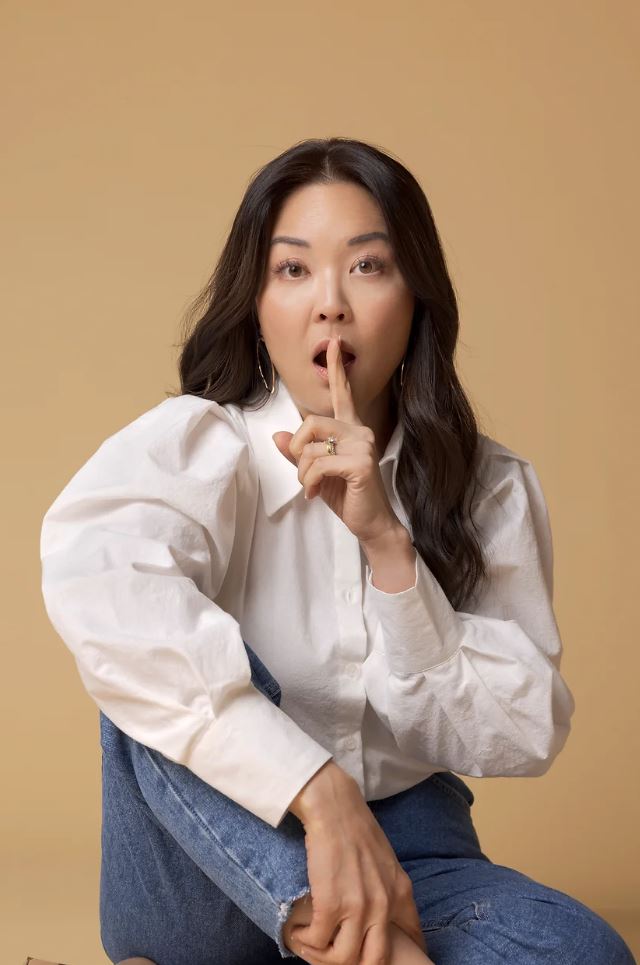 Comedian Julie Kim is known for being crass as well as hilarious, and her recent show on December 1 at The Crocodile was no exception.  The entire audience, including this writer, laughed almost non-stop at Kim’s stories about her home life, her experience as a woman, and the travails of being Asian in a white-dominant society.

Kim, who resides in Vancouver, BC, reports enjoying performing at The Crocodile. “I didn’t consciously do anything differently than in other shows and cities but I do feel comfortable in Seattle as it’s similar to Vancouver,” Kim said. “Stand-up is a long game and the main challenge is just getting up there and continuing to do it as much as possible.”

As a child, Kim got her first taste of comedy.  “When I was in elementary school, I watched a lot of TV and sometimes I saw Robin Williams and Eddie Murphy on the screen,” she remembered, “although the content was too mature for me to understand.”

Kim was impressed with the skills of these performers, but felt she could only dream of emulating them.  “I never thought of doing stand-up when I was a kid,” she shared. “I didn’t think of it as something that I could do, and knew no path to get there.”

Later, Kim was seeking to enhance her speaking voice, and chose a class in stand-up, as opposed to other options, such as public speaking, Toastmasters, or theatre.  “I had done some debating in school and looked into Toastmasters,” she said. “I attended a drop-in improv class once and knew immediately it was not for me.”

Taking a class in stand-up comedy would be a deliberate step and a commitment.  “I tried stand-up just one time, as a dare to myself,” Kim said, “because I wanted to do this very hard thing and check it off of my bucket list.”

For Kim, practice makes perfect.  “It was the act of doing a class that was most valuable, and not the class itself,” she said. “It was all about getting out there and doing the reps.”

The material may roll off her tongue in performance, but writing it can be unpredictable.  “I can sit for a couple of hours and come up with nothing that ends up being in my longer sets,” Kim said. “And then I can notice something on the street while I’m walking my dog and come up with one of my favorite jokes.”

She believes revision should be a constant process.  “When I come up with a new joke or revise existing jokes, I love to do short sets in my hometown of Vancouver,” she said. “The jokes that stay in my sets for a long time meet two criteria: the audiences like them consistently across time and space, and I enjoy them.”

Kim has been performing stand-up comedy for over ten years, but definitely has some favorite moments.  “In July of this year, I performed at the Just for Laughs Festival in Montreal for the first time,” she recounted. “It was a TV set, to be released next year, and I felt so much pressure to do a perfect set.”

In the weeks prior, Kim devoted herself to rehearsing.  “I was very comfortable by the time of the performance, making sure I was in the right physical and mental state,” she said. “My gala set was on the last night of the festival, so I didn’t have a single drink or go out late on any of the nights, which I know would have been really fun.”

The caution paid off. “When I got on stage, I forgot it was being filmed and delivered an easy and confident set without nerves or pressure,” she relayed. “I may feel differently when I see it, but as of now I feel great about it.”

Kim also appreciates how her work brings her into contact with other performers.  “When I opened for Ronny Chieng in Vancouver, it was one of the last shows of the tour and in my hometown,” she said. “Backstage after the show, a few VIPs came in to mingle.”

Onstage, Kim had felt comfortable and proud of her set.  “One of the first to approach me was Daniel Dae Kim, who said he really enjoyed my set and said other complimentary things about my ability as a comedian,” she said, “but of course it’s all a blur because I was so deliriously happy in the moment.”

But she admits that her chosen career isn’t always easy.  “It’s also a choice and it’s a great privilege to be able to create funny things,” she said.  “I’m really focused on enjoying the process and the journey.”

And that journey is far from over.  “I want to grow my audience in North America and beyond,” Kim said, “grow as a comedian and a person, and be able to spread the laughs as much as possible.”