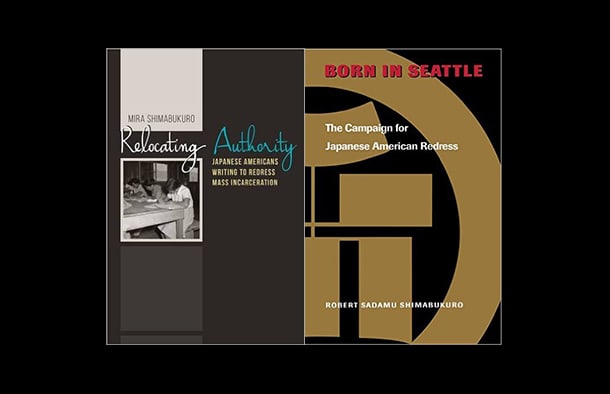 “The President has unlimited authority to issue an Executive Order to do anything. The President has to suspend due process. There has to be a determination that there is a military necessity or it is being done in the interests of national security. … So if you get the wrong President in, if the President decides that everybody born in Moscow, Idaho, should be put in a concentration camp, the President could do it.

What can we do? We sit back and keep our eyes and ears open and I think Thomas Jefferson’s expression, “eternal vigilance is the price of liberty.” How we remain vigilant is to put our politicians to task. We need to get more involved in the political process, pay attention to people running for significant offices like President of the U.S., attend political rallies, ask the questions, get commitments. …

I wish I can say that the temper of the times is such that these things would never happen again but I know otherwise. You never can anticipate the nature of human beings, whether they are Presidents of the United States, or members of Congress, mayors or members of city council, you cannot anticipate what they will want to do in the future.

When Trump supporters obliquely recall the mass incarceration of Japanese Americans during World War II and cite it as a possible precedent for monitoring Muslims in the United States, it’s a profound misreading of history. But it also shows how much language matters.

One day we were free citizens, residents of communities, law abiding, protective of our families, and proud. The next day we were inmates of cramped, crowded American style concentration camps, under armed guards, fed like prisoners in mess hall lines, deprived of privacy and dignity, and shorn of all our rights. In the Portland Exposition Center there were 3,600 people under one roof. The horses’ stalls were made into living quarters, and in the exhibition area plywood sheets made up the four walls of family units.

The day after President-elect Trump’s victory, I was angry and wondered, “What are our (Japanese American community and allies) responsibilities now?” In the campaign for Japanese American redress, we had changed the debate about the mass incarceration from a Japanese American civil rights issue to an American issue. No prefixes or qualifiers. All Americans are entitled to, at the very least, “due process.” And partly because of that, the Civil Liberties Act of 1988 (the Redress bill) passed Congress with bipartisan support. In return, all of us who had worked on redress thought we also made a commitment that we would be, as Justice Smith succinctly said, “eternally vigilant” against any kind of mass incarceration and “Never Again” would we let this happen.

In less than a month, Trump and his Alt-Right neo-Nazi followers have grabbed the words vigilant/vigilance and made them theirs. They will be “vigilantes” in ensuring that no Muslim will be entering the United States by creating registries; “making deals” with businesses to stay by giving tax cuts and destroying unions; and terrorizing people.

According to Southern Poverty Law Center (SPLC), in the 10 days following Trump’s election, 867 hate incidents were reported nationally. SPLC pointed out that because the reporting of hate incidents is underreported, this total is probably vastly under the total number.

Despite the West Coast decisively beating Trump, the number of incidents seem rather high, Washington at 48, Oregon 33, and California 99.

One of the reported Washington incidents

“Build a wall!” was chanted in our cafeteria Wednesday (after the election) at lunch.

“If you aren’t born here, pack your bags!” was shouted in my own classroom.

Here’s another which was reported to me:

Daughter is in the fourth grade. A few weeks before the election, her teacher tells the class, “If Trump wins, a lot of you will have to go back home.”

When Trump won, the 9-year-old was confused and afraid, even after her dad told her she wouldn’t have to go because she was born in this country. She started crying because a lot of her friends would be deported.

Yeah, terrorizing people, even 9-year-old American citizens. Might be a long four-year-ride. Maybe an impeachment, and firing, but the Vice President-elect ain’t so hot either.

When I came to the mainland from Hawai‘i, I didn’t know much about the mass incarceration of Japanese Americans, but as I worked with the JA community in Portland and later, on a Seattle exhibit (the Wing Luke Asian Museum’s 1992 exhibition Executive Order 9066: 50 Years Before and 50 Years After), I learned how deep the scars of the incarceration were. The exhibit was drawing national attention. There had been a lot of publicity generated about it, and a Nisei woman who knew I had been working on it began to talk:

“You know, Bob, I would like to see the exhibit, but I just can’t. Everyone says it’s a good exhibit, but it brought back the bad memories. I just don’t want to go through that experience again.”

But to my surprise, about two weeks later, I got this report from her:

“You remember last Sunday, how beautiful it was. Well, I thought maybe this was a perfect time to go see the exhibit.”

“The beginning was okay. The immigration. The family and community things. But then the pictures, the newspaper articles, started to get me. The stuff about ‘Japs.’ Humiliating. Again. My legs were shaking. I continued and turned the corner, and there was the barrack scene you did. It was too much. I couldn’t go on. I just broke down.” Tears came to her eyes as she completed her report on the exhibition.

2017 is the 75th anniversary of Executive Order 9066. When you go to the Puyallup Fairgrounds and see the animal stalls, think about living there.

As for our commitment Never Again to let mass incarceration happen?

Catch a deep, deep breath, then keep moving as fast as you can.