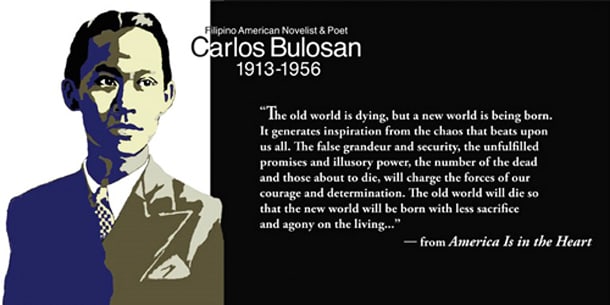 “What are you?”
“What’s a Filipino?”
“So … the Philippines … does that make you ‘Philipinonese?’”

Although these questions may seem ridiculous to me now, the constant questioning of who I was by my peers as a child had a profound impact on the way I saw myself, my family, and my community. I grew up with a Filipino (Ilokano) American family, I went to Filipino gatherings, and I attended a Filipino church. I definitely knew I was Filipino, however, I did not quite understand what it meant to be Filipino. And to this very day, I am still figuring that out.

Outside of family and church and church life, I grew up primarily around white folks, as I attended school on Seattle’s Eastside from elementary school up until I graduated high school. Sure, there were a few Asians here and there (mostly international students) and some African/Latino Americans. But in general, the Eastside Kirkland/Bellevue area has historically lacked representation of People of Color. As for Filipino representation, there was only a handful of other Filipino Americans I went to school with.
The low visibility of Filipinos or People of Color within my school’s demographic was not only lacking within its students, but also within its curriculum and faculty.

As a youth, I was always very interested in digging deeper into a sense of what Filipino identity is. The only moments I can recall learning about Filipinos were in history classes, where I was informed about how “America gave independence to the Philippines.” Aside from these brief inaccurate depictions of Philippine or Filipino American history, I never really saw nor experienced myself within the curriculum. I only heard what others, non-Filipino people, thought about my community.

“Do you speak English at home?”
“I’m not talking about your type of Asian.”
“You’re not Asian, look at yourself. You’re brown.”

My first encounter of seeing an accurate representation of Filipino Americans in literature was when I was about 13 at Pista sa Nayon. As I was making my way among the halo-halo stands, beauty pageant contestant, folk dancers, and aunties with orange hair, I stumbled onto a booth selling different types of Filipino American books and stickers. As I was browsing their book collection, a particular title caught my eye: Filipinos: Forgotten Asian Americans by Fred Cordova. (I never imagined that I would one day be allowed the opportunity to talk story with Uncle Fred and Aunt Dorothy as well as read their book in college courses.) I immediately immersed myself within the pages. It was the first time in my entire life I was exposed to depictions of Filipino Americans, just like me. I was shocked, overjoyed, and angry upon reading these histories that had been for so long, barred from my knowing. My heart began to swell with both frustration and pride while reading stories that I could actually identify with, as a second generation Pacific Northwest Filipino American. This new ability to personally relate my own story with those of early pioneering Filipino Americans was such an activating and necessary experience for me; a discovery I will never forget.

Certainly, it was Uncle Fred’s book that served as a major catalyst in my life to look deeper within the stories of my own family’s history. By the time I reached college, I had (not so surprisingly) found myself declaring an Asian American Studies major. These courses opened up a myriad of unknown narratives, consuming me in stories of great resistance and self determination. It was also during this time in my life that I was introduced to Carlos Bulosan in an Asian American literature course taught by Professor Steve Sumida. When finding out one of the course materials was written by a Filipino American, I immediately sped to the University Bookstore to grab myself a copy. As Bulosan began sharing his life with me through America Is in the Heart, I began to feel the same agitating emotions that overcame me when I read Uncle Fred’s book. But this time, I felt an ever deeper personal connection to this particular piece of work as it coincided with my great-grandfather’s migration story.

On November 7, 1896 my great-grandfather, Teodoro Degracia was born just three months after the Philippine revolution had began. Not much is known about my great-grandfather’s migration experience. From migration records, we do know that at the age of 25, he arrived in Seattle on July 8, 1931 aboard the S.S. Empress of Canada and docked at the Port of Victoria. His United States address simply reads, “King Street, Seattle.”

Lolo (grandfather) Teodoro’s migration story has always interested me a great deal, and even more so as I read Bulosan’s America Is in the Heart, a novel written on the experiences of migrant workers during the 1930s and ’40s. Bulosan arrived in Seattle from Binalonan, Pangasinan, Philippines on July 22, 1930. Similar to my great-grandfather, Bulosan migrated to the Pacific Northwest with the status of “U.S. national,” as a result of the U.S. occupation of the Philippines.

Juanita Tomayo Lott, a pioneer within Filipino American Studies, described what it meant to be a U.S. national: “With respect to Filipino-U.S. nationals, little brown brother underscored their subordinate status … the U.S. ‘national,’ a non-citizen, a person who was a part of—and even in—America, but not really of it … the ‘national’ could not vote, serve on juries, acquire land, from corporations, or work at those professions that required United States citizenship as a prerequisite.” (Common Destiny: FIlipino American Generations, page 15)

Both Bulosan and my great-grandfather were pushed out of their homeland in search for opportunities. However, in search for socioeconomic prosperity in the United States, Bulosan was often met with racism, class discrimination, and labor exploitation. As I read and re-read America Is in the Heart, I am able to see what life might have been for my lolo during his time in Seattle through Bulosan’s story. It is both heartwarming and heartbreaking at the same time to imagine.

Bulosan brought to my attention the great importance for Filipino storytelling as necessity in preserving and expressing our culture and history. Our ability to create agency and resist dominant power structures through our voices has led to our intersectional resilience as survivors and agents of cultural change. It is through speaking and sharing our own truths that stereotypes within our communities are undone, while more accurate representations are set in place. When we continue to seek empowerment through our shared stories, we simultaneously overcome the powers that seek to silence our truth speaking.

As we celebrate Bulosan’s 100th birthday, we also honor all pioneering Filipino/API revolutionaries, activists, and artists who allow for present and future API generations the opportunity to share our narratives. Bulosan symbolizes for API communities, both the power and importance of our stories.

As a youth, searching for a Filipino identity was difficult. Oftentimes I felt as though I was in a constant tug-of-war between being either “too Filipino” or “not Filipino enough”—whatever that means. However, one thing I am learning is that despite the difficulties of navigating any identity, it is through this navigation that we find and create stories that heal, rejuvenate, and collectivize our spirits. By reclaiming our stories, we continue Bulosan’s legacy of historical preservation and social justice through artistic expression.