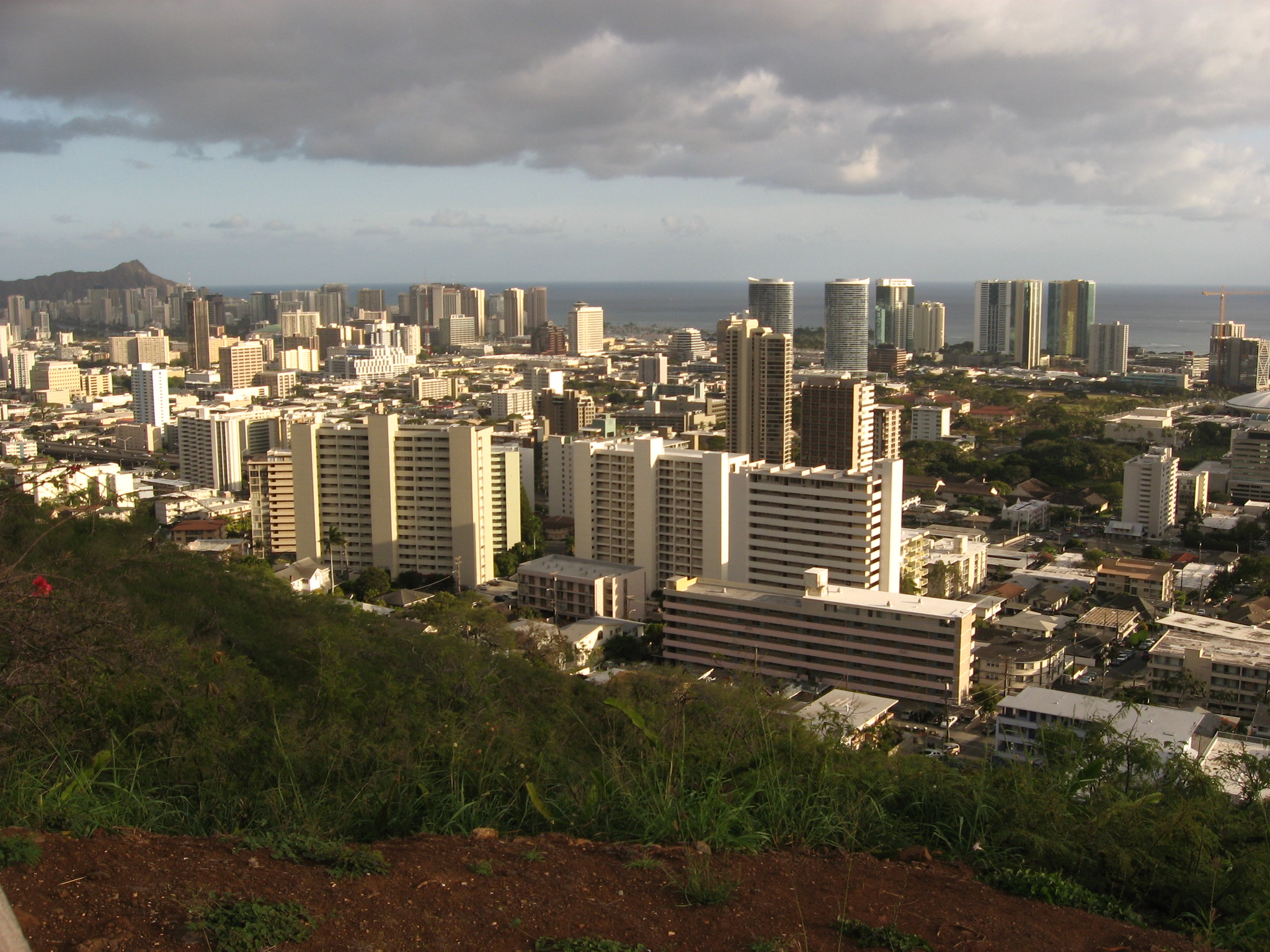 Early morning, mid-August 1963, Portland International Airport: I was stunned by the sight of haole blue-collar workers with lunch pails streaming into the airport. And likewise, on the bus ride from the airport to a downtown hotel to catch a bus to Reed College, I saw another first for me, haole farm workers, out in the farm fields around the airport.

And after a few days, I met another haole worker, our dorm house cleaner, … Me, a poor Okinawan boy from Hawai‘i, had a maid. A haole maid! Is this fo’ real???

High School, 1961: There was a discussion in class about slavery, when a student mentioned that she didn’t see what was wrong with that. “You know, it just depended upon who the master was,” she said. “If you had a good master, then they had a pretty good time.” And some students agreed. No one said anything to counter her, including me. I was tired at that point. Being the class revolutionary was not my idea of fun.

—One of my high school
history teachers.

What was he talking about? What was the middle class? My world, as taught to me by my Dad and Zenwa Uncle, was divided into: (1) The Big Five (super rich families and the corporations they represented in Hawai‘i), rich bosses, and their “running dog lackies;” (2) Bourgeois individualists and organized “skilled workers;” and (3) “unskilled”poor workers/unemployed folks. So I guess middle class meant “bourgeois individualists and skilled workers.”

Dad and Uncle were also telling me that soon no mo’ work for everybody, and everybody need share the work and maybe the pay too: “‘Cause machines goin’ do lot of the work for people. Folks then get plenny time fo’ help or work with odda people. So make me feel funny kine when people think they no need care about folks who no mo’ money or no can take care themselves. So I worry ‘cause that’s no fair, yah?”

Also began for think, “Dad not thinking ‘bout no mo’ work for do; he thinking no mo’ jobs. Get plenty work fo’ do. Important work. Like take care families; protect people-people from corporation-people. I wonder if get capital punishment for corporation-people. Should, you know.”

But dat’s what we need. Real paying jobs for peeps. Right now we get only high paying jobs for SCpeeps workers. Even athletes, they work for SCpeeps. Next time you watch football, try watch the ads. Get plenny beer, alcohol, and drug ads. Big pharma. (Don’t get me started on that one. Maybe next time.) Get plenny money ads: insurance, stock brokers, rich folk stuff, the fancy car, the high life, the big house. The Dream. The Lifestyle.

So now what dat mean, when folks say, “middle class revolution,” or “we gotta strent’en da middle class?” Hear that a lot now. What goin’ happen to people below middle class? What dey goin’ do?

From cleaning houses, hotels, and hospitals; to care for elders, soldiers, the infirmed, children, and pets. All kinds of buying and delivering services because people don’t have time to do these things, because they’re too busy designing apps to work themselves out of a job. Temps, consultants, self-created jobs.

The real ugliness of the jobs that are being created by the SCpeeps: We’ve (and I say “we’ve” because we are letting this stuff happen) got prisoners in “detention” who are charged for their “room and board,” and working for the SCpeeps that pays them less than their room and board costs them. So, the longer they stay, the more they get in debt.

For too long, we have seen taking care of folks at home as work, but not as jobs. We think, “It’s easy” fo’ take care kids, old folks or sick folks,” that anybody can do the job. It isn’t.

Try it sometime. For a year, maybe two, maybe 10. Then compare that to Wall Street conmen whose main purpose is to separate you and your money by influencing laws that allow them to do so.

So 50 years later, I’m still with Dad and my Uncle, wary about the Strong Middle Class or a Middle Class Revolution, which could once again forget those who have suffered most from the actions of the upper classes.

Maybe later we’ll talk about Bob’s Perfect World some more; for now, everybody go check out the Movement for Black Lives’ “A Vision for Black Lives” (visit https://policy.m4bl.org). Plenty to think about.

For the past year, I’ve been on a roller coaster of emotions, health issues and deaths of close relatives, friends, and heroes. On August 7, the day that my immediate family was celebrating my (Aug 4) birthday, I learned that Fumiko Auntie (103) had died. It was tough, the last of the previous generation was gone.  And she lived longer than her son, and two of her nephews.

RIP Auntie. No one deserves to more than you.

And two weeks later, Bob Santos and Justice Charles Z. Smith (two very important people for the community and Washington State) died a day apart. Very humbling times. Maybe more about this past week personally for me in a later Fo’ Real. This week, it’s still a little numbing to write about.