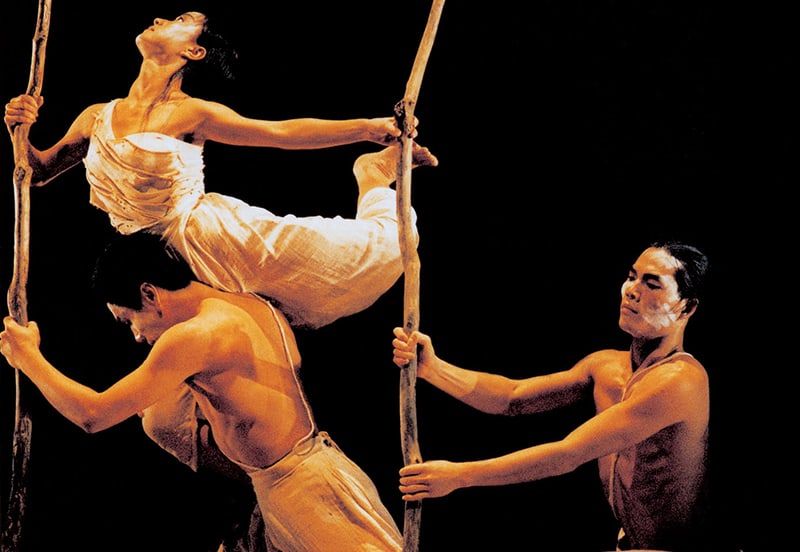 The UW World Series and the local Taiwanese community with China Harbor’s Lo Yu Sun gave a gift of peace and awe to Seattle audiences when they presented Cloud Gate Dance Theatre of Taiwan at UW Meany Hall during the weekend of March 8.

Cloud Gate Dance Theatre performed its signature Songs of Wanderers, a sustained visual delight and meditation using Western modern dance, Georgian folk songs, and Eastern aesthetics. Choreographed by genius Lin Hwai-min, it is indeed theatre of the dance taking us through the human spiritual journey in ten movements: Prayer I, Holy River, Prayer II, On the Road I, Rite of Tree, Prayer III, On the Road II, Rite of Fire, Prayer IV and Finale or the Beginning.

Founded in 1974 by director/choreographer Lin, he was inspired to choreograph Wanderers during his visit to India when he meditated at a sacred holy place, underneath the tree where Buddha is said to have achieved enlightenment.

What he conjured up must be seen to be believed. Imagine dance movements anchored in solid Western modern dance choreography executed with abandon, discipline, and incredible strength and grace. Wanderers flip us back and forth between montage and theatre using the language of dance to surprise and delight all of the senses.

One wonderful, albeit unnerving, surprise was the use of 3-and-a-half ton of rice—yes, sacred rice—as part of the set. Growing up, rice was never to be played with; never to be wasted, always to be kept safe, dry, and secure.

Emotionally and visually, Lin achieved his goal to create a sacred, erotic, and dynamic space. He started by using a singular stream of golden rice falling on a praying monk who stood still for the entire 90-minute performance. Time and space was transformed again and again when a ton of rice was dropped from the rafters onto center stage with a solo dancer flailing on his back mercilessly. The mood morphed again when the entire stage was filled with raining rice akin to a monsoon with manna falling from heaven. Finally, exhausted from all the activity, rice laying on the ground as sand, the last performer sweeping it meticulously into a meditational labyrinth.

Lin’s brilliant choreography took full advantage of the physical characteristics of rice, etching circles and lines with it in the air when dancers sprayed it in the air, slid, splashed, rolled on it, their movements accented by the cacophony of sounds as rice grains swish and fall on the ground. The evening’s magic was greatly enhanced by the Chang Tsan-Tao sophisticated lighting design.

Lin was a already a critically acclaimed writer in Taiwan at an early age of 22 when he came to the United States in 1969. He obtained a Master of Fine Arts degree from the University of Iowa International Writer’s Workshop under the renowned poet Paul Engle. He picked back up his old interest in dance and studied modern art dance in Iowa as well as in New York.

In July of 2013, was heralded as “the most important choreographer in Asia” when he received the prestigious Samuel H. Scripps/American Dance Festival Award for Lifetime Achievement, following in the footsteps of Martha Graham, Merce Cunningham, and Pina Bausch.

My only wish was that we as an audience started meditating in the dark before the start of this incredible sacred journey. 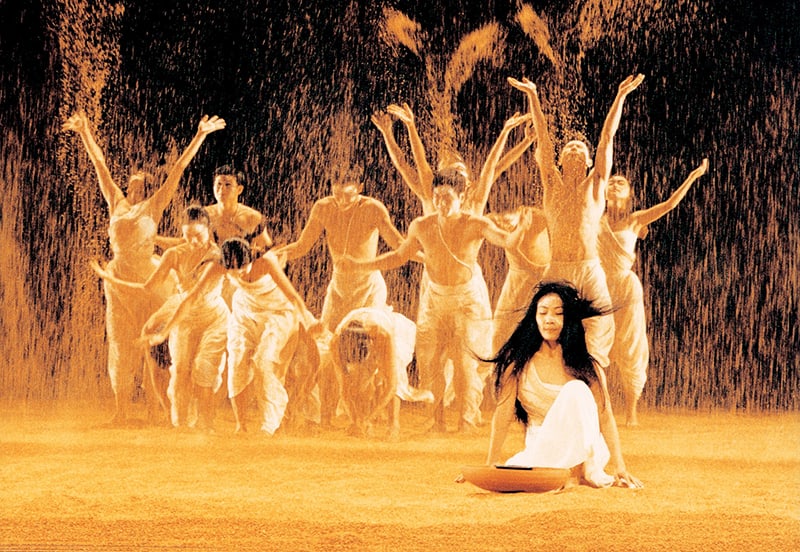