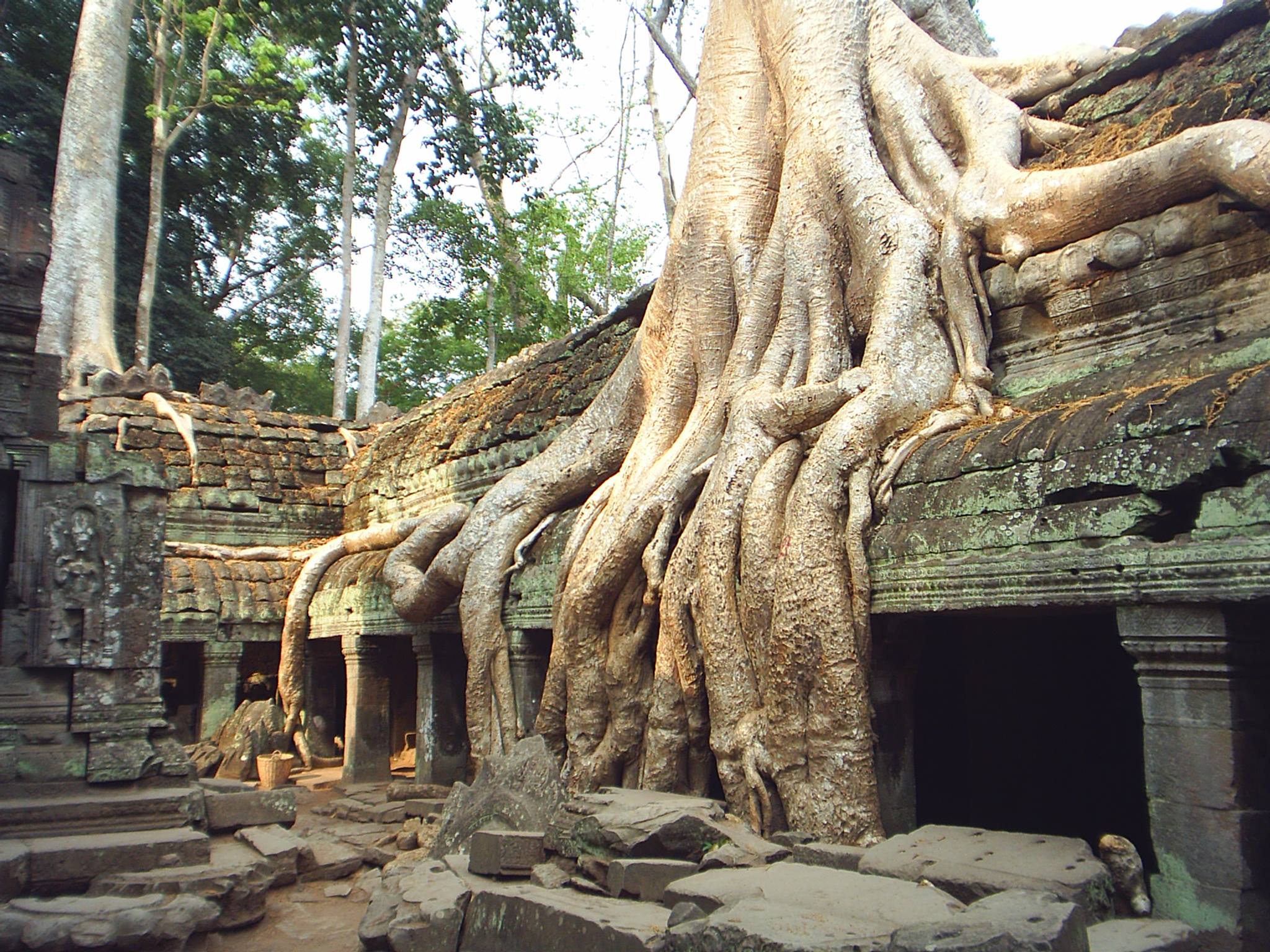 My name is Kunthy Nouv. There are a number of ways one can pronounce my name, but how I choose to pronounce it is (Gon’–T). Since I can remember, so many of my teachers and peers has had trouble with pronouncing my name. For 19 years, I’ve said my name as I would any of these words; with an English dialect, as many people would while reading English. Then it was pronounced (Kun–Thee). That was before I began to say it as it should have been said.

Looking at my name reminds me of Tobi from Roots. That was not always his name. I hadn’t realized at the time, but I was beginning to conform into a way of life I knew less about than how I was brought up, and growing up Buddhist in America … well I was all sorts of confused. How do you carry your self as a young Khmer son growing up in America? There was no instruction manual for that. All I knew was if I didn’t listen to what grandma told me, then repercussions were inevitably delivered with a pinch to the arm or a knuckle to my big ol’ head.

When I was in the streets, grandma tried hard to keep an eye on me. That lady would follow me in her ’93 Honda Civic when I would take the metro to the community center to play ball with friends. She would chase all the girls away. During my youth I allowed myself to be misguided. I allowed myself to believe that hurting others would gain me respect. I have only learned within the last two years that fear and respect are two very different things. As I began to see all the hurt and pain I inflicted upon others, and in my own life, I realized the morals and values of the streets I once upheld could not resonate with who I was becoming. Who I was meant to be.

I was booked into county jail in 2014. During my year-stay I became painfully aware of a greater “need.” That something was not tangible. As I work toward that something now I can only describe it as spiritual. I see that as long as this need can put an end to unnecessary suffering, and can help to better one’s life and way of living. I see no harm in calling that need a spiritual journey.

I was told once that when a man loses his culture he loses a part of his identity. Although we as humans are so much more than skin color, ethnicity, or religion, or our career path—whatever else that describes us, or even yet what we may relate to our character— without a sense of who we are or what we should do with our lives there is always a longing. So what do we do? We ll that void. We find and do things that interest us and we do it so much it becomes a part of who we are. We often get so involved in our daily rituals; work, sports, social media, videos/games, partying, you name it. We forget about things ranging from great importance to little importance. So answer for yourself: “How hard could it be to forget the customs of your culture, heritage, maybe even our racial identity?” Can’t be to hard. Maybe none what’s been mentioned holds meaning to who you are. However, it should.

For me a big portion of having a greater need had to do with who I was—The urge for me was to start from the beginning, straight to the very roots of my identity. My only problem was that my resources were limited. That urge started when I was at Walla Walla State Penitentiary. Our Asian Pacific Islander Cultural Awareness Group was getting ready to celebrate our API Event; a day to bring our families together and show them that we are still keeping and holding onto our customs by teachings through dance, speeches, lectures, and food. Our API Events are also there to show our families that we aren’t letting the normality of prison politics dictate how we put to use our time.

The experience for me was surreal. The time I spent with my Asian Pacific Islander brothers preparing for the event was in itself a learning experience: physically, spiritually, mentally, as well as morally. Most importantly we all grew to understand a deeper meaning of family. I can’t wait to have my grandma teach me all her ethnic Cambodian food secrets. Even helping her plant flowers in her garden.

I would have never thought that I could be witness to a sense of unity in this kind of environment—an environment where inertia and submission is rewarded. I learned so much from my brothers’ Islander dances that I wanted to contribute as much as I could to the next event. I was able to share about the genocide of my people during the time of the Communist War, caused by a man named Pol Pot. Also that my Chinese ancestors were the first to make paper out of wooden pulp. It’s clear to me that so much of my culture has been lost and there is still yet more for me to learn.

I came to the United States at the age of two. That being said I am Americanized, but Grandma made sure I was raised a child of Cambodia. The traditions and experiences I’ve witnessed must be preserved. I am responsible for that.

As of this moment I am residing at Stafford Creek Correctional Center. This facility does not give us the opportunity to have an API Cultural Awareness Group. There are men here who are trying to change that. Stafford Creek implemented a group called Cultural Diversity Group (which I am apart of). The Diversity Group focuses on so many other groups, I wonder if there will ever be time for our API group to learn more of our culture than what we may already know. I’m afraid that we are being reduced to stagnation. I am unsure why other prisons allow for a diversity group as well as an API group while SCCC does not. What I do know is that as long as that urge, that fire within stays lit, my racial identity and the customs of my ancestors will never die.

We all have problems. People in prison face opposition just as people on the outside do; pertaining to anything that we may set as a goal. For our API Cultural Awareness group, our goal is to actually establish such a group here at SCCC. We all must persevere, especially during times of adversity. If we don’t, we can’t even claim the fact that we at least tried.

If we all could see life as being more than what meets the eye, we would all be less ignorant and more conscious. We may be a product of our environment but we can rise above that norm. We can begin to see that our environment does not define us. It is how we choose to live our lives that makes us who we are. Past, present, and future. When that is done, we can then say that we have transcended.

I hope others will cling onto their heritage—whatever that may be—so that they in turn can pass down this cultural identity to others as well. In the end, wherever you may find yourself, take heart and believe that we will all make it. To all with love. Peace and truth be within us all. The journey is worth the growth.

Formerly Incarcerated Group Healing Together (F.I.G.H.T.) was started by a group of Asian & Pacific Islander (API) men who were at one time incarcerated in the Washington state prison system. F.I.G.H.T. is a direct outgrowth of the organizing that many of us did through different API groups in different prisons. This organizing built deep bonds of unity among us. Together we learned about our own diverse cultures and political histories, life experiences, and perspectives. We also created cultural celebrations featuring various forms of traditional arts, like language, music, and dance.

Upon being released, we stayed committed to continuing to support each other, whether inside or outside of the prison system. We support both current and formerly incarcerated APIs through mentoring, advocacy, outreach, and political education. We encourage each other to embrace positivity, compassion, strength, hope, confidence, and building healthy lives and healthy communities, while breaking the cycle of mass incarceration. For more information, visit www.ghtwa.org.