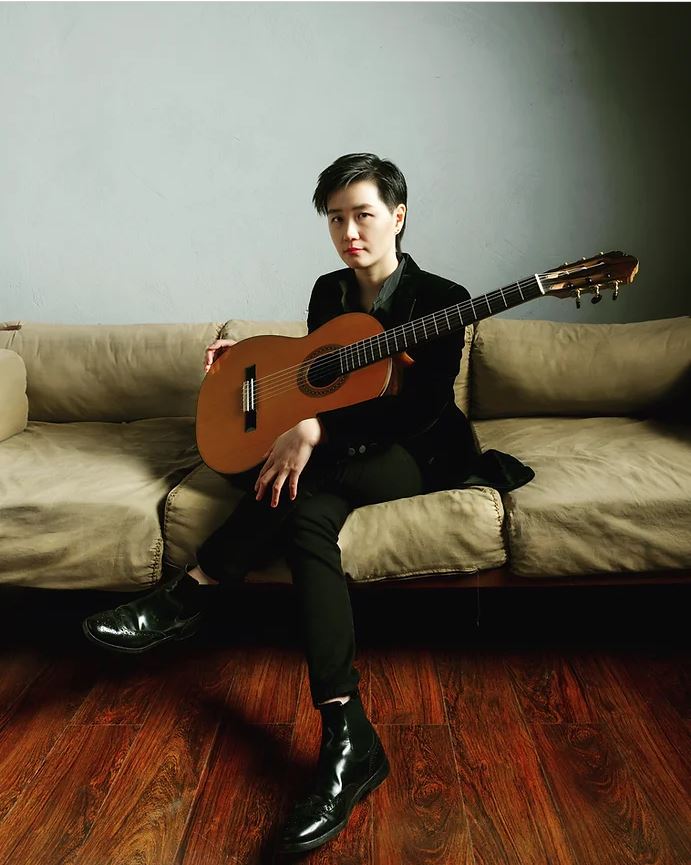 Benaroya Hall in downtown Seattle is home to classical music of all varieties, and soon, the guitar will take center stage.  On October 15, the Seattle Classic Guitar Society will be featuring classical guitarist Meng Su as part of its 2022-23 International Series.

Su is very excited to debut at Benaroya Hall.  “I cannot wait to share my solo program, a mixture of repertoire from different times and cultures, with the audience,” she said. “I’ll be playing music by Bach, Coste, Tan Dun, and Walton.”

This journey to Benaroya has been decades in the making, since Su began studying the guitar at age five.  “One day, my mother decided it was time to for me to take music lessons and asked me to choose between the guitar and the violin,” Su recounted. “I had no idea what a guitar was, never heard a sound of it, just that the name was kinda cool.”

It was a fateful decision.  “I guess I just always wanted to a cool kid,” Su mused. “Little did I know that the guitar would become my life companion and take me to see the world.”

But there would be much more practicing ahead. “I actually came to the U.S. to attend Peabody Conservatory of the Johns Hopkins University at age 18 for my undergraduate studies,” Su said. “Since my childhood my guitar hero had always been Manuel Barrueco, so it was a dream come true to join his studio at Peabody.”

Ultimately, Su studied at Peabody for 13 years, earning five different degrees and diplomas, including the Artist Diploma.  “I always joke about that I’m a ‘Peabody Baby,’” she said.

Su considers it a privilege to learn about life through the study of an art form.  “It was pretty much a journey to see and learn about the world and life, and what kind of a person I want to be,” she shared. “Through music, I learned principle, patience, diligence, beauty, feelings, expression, openness, sharing.”

These days, Su has less of a competitive spirit.  “I enjoy playing the music and performing, to share my love and my feelings with audiences all over the world,” she said. “Music is truly a universal art.  We may live in different parts of the world, coming from different backgrounds, liking different cuisine, but we all share the love for music.”

Su has performed in thirty countries and has weathered the challenges of building a career in music.  “I think it’s persistence, the drive to go forward and be creative,” she said.  “I’m working on that with some artists not only in music, but also in dance, theater, and visual for a production next year.”

In addition to creating and performing, Su also teaches at The San Francisco Conservatory of Music.  “An old friend and pedagogue used to say that ‘for students, nothing is better than a teacher who had just played a concert that weekend,’” Su relayed. “As a teacher with an active career, I share with my students the most fresh experience of performing.”

These teachings are both practical and emotional.  “From repertoire picking, how to practice, to the performer’s mind on stage, I stand with them because I go through the exact same thing myself,” she empathized. “I teach them guitar, but really my goal is to inspire them to be better and stronger selves through music.”