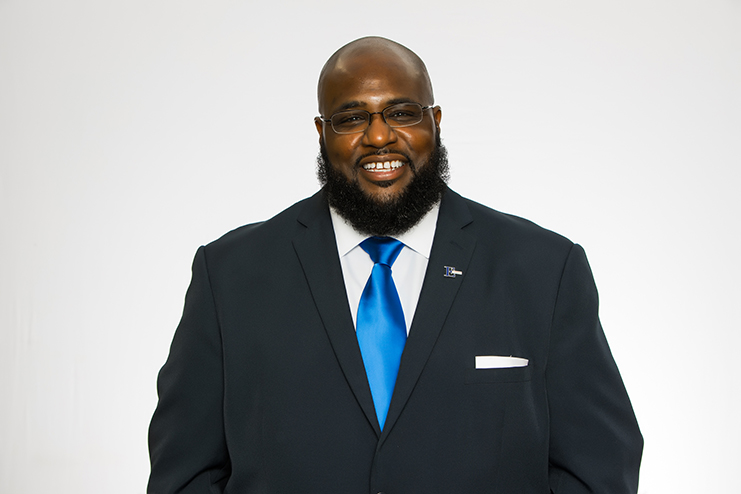 Salisbury finished in the top two during the August primary, and is up against opponent Kirsten Harris-Talley in November for a seat representing the Chinatown-ID and Little Saigon, part of downtown Seattle, the Central District, north Beacon Hill, Rainier Valley, Columbia City, Renton and Skyway. Salisbury has earned the endorsement of former Rep. Pettigrew and the Seattle Times, while Harris-Talley has been endorsed by local politicians including Congresswoman Pramila Jayapal and City Council member Tammy Morales.

While he never set out to become a politician, “I’ve led a life that prepared me for this,” Salisbury said. His career includes 21 years at the City of Seattle, where he works as a project manager in the Parks Department, and founded the Youth Green Corps. He is an acclaimed DJ, an entrepreneur and CEO of marketing company Seaspot Media Group. He is also a non-profit founder and community activist, who lives in the Rainier Valley.

After Rep. Eric Pettigrew retired, Salisbury received intense encouragement to run for the seat. Shortly afterward, Kobe Bryant’s sudden death in a helicopter crash weighed on his mind. “The whole world was like ‘Oh my god.’ Everybody was on the same page,” Salisbury said. “You had to kind of re-evaluate where you’re at in life.” Watching The Shawshank Redemption afterward, a quote stood out to him: “I guess it comes down to a simple choice, really. Get busy living or get busy dying.”

Salisbury made up his mind to run, feeling he was qualified, had strong ties to the district, and wanted to see systemic change at the state level. As a City employee, Salisbury said, “I’ve seen where resources that are meant for community oftentimes don’t necessarily reach community.”

Salisbury’s mother is Rev. Harriet Walden, longtime activist and founder of Mothers for Police Accountability. She helped instill values of equality in justice in Salisbury, he said. Salisbury himself was appointed to the Seattle Police Department’s African American Advisory Council by former police chief Norm Stamper.

Salisbury is in favor of de-funding the police and shifting resources to communities. He was involved with the Silent War Project, which aims to break the silence around Black on Black Violence.

In 2014, inspired by Barack Obama, Salisbury started the Urban Vote Project (URBVOTE), encouraging civic engagement and voter registration. He later became Precinct Committee Officer for the 37th District Democrats (which has endorsed Harris-Talley), and represents the district on the King County Democrats Executive Board.

Salisbury has long been concerned about gentrification in south Seattle. He started a Facebook page titled ‘Don’t Let Your Pride Get You Gentrified,’ addressing the problem of African American elders being targeted by predatory lending, or foreclosed from their homes because of missed payments. Personal pride as an elder sometimes exacerbates the problem, and prevents elders’ children from being able to help prevent this displacement, Salisbury said.

As a legislator, he wants to stop predatory lending and work on allowing elders to age in place. “Too many people have been tricked out of their homes in our district,” he said. He wants to make it easier for people to report predatory lending to the County Assessor’s office. He also wants the state to rely less on property taxes, to make home-ownership easier, and expand tax exemptions for seniors.

Minority communities in Seattle, whether Asian, African American or East African, have relied on home equity to start small businesses and other projects, Salisbury noted. He wants to explore how land trusts, like Africatown Community Land Trust and others, can gain equity over time and be leveraged to start businesses.

Another side to gentrification is the impacts of upzones in the 37th District, Salisbury said. “There’s lots of cranes in southeast Seattle now, cranes in the ID.” He wants to make sure this will lead to affordable housing for working families. He wants long-time businesses in the CID, like Tai Tung, to have the support they need to survive. He recently joined a development authority in the Central District, and wants to expand this to other parts of the district.

Salisbury said he is aligned with Harris-Talley when it comes to issues like progressive revenue, community development, union jobs, Green New Deal, working for affordable housing and more. “I think what sets me apart is that I have the actual lived experience in every one of those areas to be able to speak with conviction,” he said, citing his work as a union employee, working in the environmental field, and longtime community engagement, such as being on the board of Real Change and doing volunteer work to help people experiencing homelessness.

Salisbury has owned two small businesses in the district, including a barbershop on MLK that suffered when light rail was built, and wasn’t eligible for mitigation money. Knowing what it’s like to have to fight with the local government on behalf of your small business sets him apart as a candidate, Salisbury said. “I know what it’s like to be inundated by state regulations and B&O taxes, and I know what it’s like not to understand some of the materials, like many of our English-as-a-second-language owners and folks.”

“I am a hands on, on the ground type of person,” Salisbury said. The COVID-19 pandemic has changed campaigning for the seat. Salisbury is used to performing as a DJ and drawing energy from the crowd, learning to read “the temperature of the room” — ordinarily, a useful skill for campaigning.