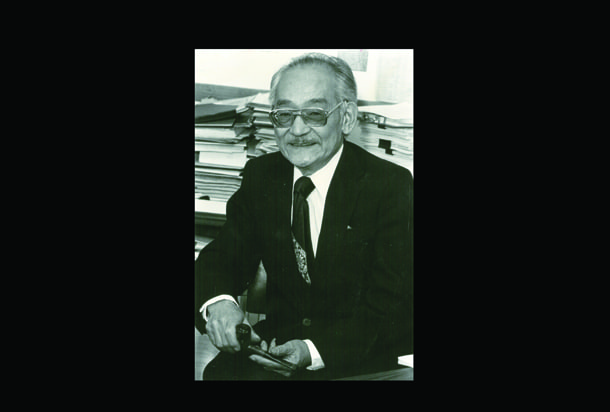 The following is a message from the Min Yasui Tribute Committee:

Never Give Up! Minoru Yasui and the Fight for Justice, a documentary film work-in-progress and a theatrical reading of the play, Citizen Min, will be presented by the Minoru Yasui Tribute Committee, with support from Washington Humanities and the Seattle Japanese American Citizens League. These events are part of a nation-wide celebration of Minoru Yasui’s centennial (1916-2016) and admission is free.

The film screening will take place on Saturday, June 25 at the Wing Luke Museum, 719 So. King Street, at 7:00 p.m. The 40-minute rough-cut video will be followed by a panel and audience poll/discussion, and a reception. Seating is limited. If special accommodations are needed or to make resevations, email the Min Yasui Tribute Committee [email protected] or Wing Luke, [email protected].

The play reading will take place on Sunday, June 26 at Blaine Memorial United Methodist Church at 3001—24th Avenue South, at 2:00 p.m. The 2-hour play will be followed by a brief question-and-answer session and a reception.

Minoru Yasui is most famous for his legal challenge during World War II of the discriminatory military orders that resulted in the forced removal of over 120,000 persons of Japanese ancestry from the West Coast and subsequent imprisonment in War Relocation Authority concentration camps. He was “evacuated” to the Portland Assembly Center and imprisoned at the Minidoka concentration camp in Idaho before he spent nine months in solitary confinement at the Multnomah County Jail awaiting the appeal of his case to the U.S. Supreme Court. After the war, Yasui continued to defend the human and civil rights of all persons and was a leader in the redress movement in the 1970s-’80s seeking an official apology and reparations for survivors of the camps. He also re-opened his legal case through a writ of coram nobis some 40 years after he initiated it. He died in 1986 while his re-opened case was in appeal, and before his tremendous efforts on behalf of redress bore fruit.

In 2015, the Minoru Yasui Tribute committee successfully nominated Yasui for a posthumous Medal of Freedom, and earlier this year, worked with the Oregon ACLU and state legislature to declare March 28—the day he initiated his constitutional test case —as Minoru Yasui Day in perpetuity. And in May of 2016, we received this message from the Smithsonian Institute:

“The Smithsonian’s National Portrait Gallery will be adding two portraits of Minoru Yasui to the museum’s collection. The Portrait Gallery tells the story of this nation through the people who have built it. Yasui’s image and story are a substantial addition to our nation’s history.”

In addition to various events honoring Minoru Yasui in Oregon—a March for Justice retracing his steps from his first law office to the former Police Headquarters where he demanded to be arrested; and a civil rights symposium held in April—committees in California and New Mexico have celebrated Yasui’s centennial. The Japanese American National Museum in Los Angeles hosted a symposium on April 30 with speakers including former Secretary of Transportation Norman Mineta and Yasui’s attorney Peggy Nagae. In New Mexico, the play Citizen Min was read in eight venues, and the mayor of Las Cruces, Ken Miyagishima, whose father is Nisei and mother Mexican, announced that he would declare Minoru Yasui Day in his city. A radio version of the play is being recorded and will be broadcast on New Mexico public radio and made available to other public radio stations this fall.

In June, excerpts of the play will be read in Ontario, Oregon as catalyst for community discussion groups, and the film work-in-progress will be screened at the Minidoka Pilgrimage in Idaho, along with a presentation of a Minoru Yasui school curriculum.

The world premiere of the completed film Never Give Up! will take place in Hood River, Oregon on October 19, 2016—the actual 100th birthday of Minoru Yasui in his hometown where he was born and raised, and where he is buried.

For more information about Minoru Yasui and the tribute project, see: www.minoruyasuifilm.org.