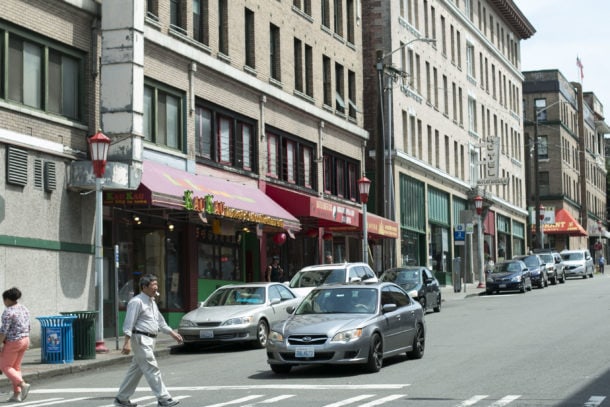 This summer, the Chinatown International District Business Improvement Area (CIDBIA) will submit a renewed budget proposal that will help shape the neighborhood as it works towards a more vibrant future. The renewed plan for the CIDBIA’s budget and goals is years in the making. Established in 1994, the organization has provided funding for neighborhood events, sanitation upkeep, and public safety measures.

In 2010, stakeholders in the community—everyone from local businesses, property owners, non-profit leaders, and residents—met to reflect on the neighborhood’s goals and urgent issues facing the district. A few areas of focus rose to the top of the neighborhood’s list of priorities: sanitation, public safety, marketing the district, and business retention and community advocacy.

In the seven years since, strides have been made in many areas with the help of grants and sponsorships; lighting has been added to dark alleys, security cameras have been installed, business vacancies have decreased by 5%, street signs have been translated into multiple languages—improvements that have increased the safety and accessibility of the neighborhood, according to CIDBIA.

But the new budget proposal for the CIDBIA would potentially allow for more tangible progress in the neighborhood through a stable source of funding. The main change shifts the CIDBIA’s assessment plan from assessing individual businesses to assessing properties when collecting funds. Previously, CIDBIA staff would personally visit each business in the neighborhood. It was often a challenge to keep track of which businesses had opened and closed, especially if they were not located at a storefront. With the renewal of the CIDBIA, property owners—called “ratepayers”—will be assessed by square footage and appraisal value of their property. Based upon those factors, each property owner pays into a common pool used to fund efforts toward bettering the community.

The bulk of the proposed $575,000 budget—around $220,000—will go toward sanitation, keeping the neighborhood squeaky clean. Currently, Recology CleanScapes is contracted for sanitation services four days a week. With the proposed CIDBIA renewal, sanitation services will be offered seven days a week ensuring daily cleaning of the neighborhood, removal of needles, and biohazards. Other sanitation goals include frequent pressure-washing of sidewalks and graffiti removal.

Next, the funds will strengthen public safety measures, including crime reporting, tracking, training, and outreach opportunities. The public safety budget will also support the public safety coordinator position, a placement which came from recommendations made by Mayor Ed Murray while reflecting on the public safety task force conducted last year in the neighborhood. Current funds from the city will finance the position for two years until funding is depleted from the city budget. However, a consistent position is integral to creating the network needed to address the neighborhood’s quality of safety. The renewed CIDBIA budget would allow the safety coordinator position to remain even after those two years are up.

“We feel that it’s really important, really valuable to have a direct connection to the police department, to the correct people at the mayor’s office or any department that we need,” said CIDBIA executive director Jessa Timmer.

Another focus of the budget is to market and advertise the neighborhood. The CIDBIA plans to strengthen ties with the media and tourist organizations to help promote the CID neighborhood for visitors to enjoy and appreciate the community. As they continue to host their annual events, such as Dragonfest and Lunar New Year celebrations, they would also work with partner organizations to host events and regular activities.

Lei Ann Shiramizu and Tom Kleifgen have been in the neighborhood for over 10 years. Their store, Momo, is at the corner of Jackson and Maynard Avenue, in historic Japantown. They hope that future changes and marketing efforts will highlight parts of the neighborhood beyond King Street, bringing shoppers and visitors to businesses on Jackson and East Main. Kleifgen said he’d like to see “a lot less of King Street for sure, it’s a much bigger neighborhood.”

Shiramizu, who also serves on the CIDBIA’s board echoed the same sentiment, saying, “We need help bringing more positive attention to this side of the street.” Shiramizu said that some of the first businesses to sign onto the BIA’s renewals were properties on Jackson street.

The CIDBIA takes on the responsibility of representing the neighborhood in decision-making processes around quality of life and policy changes, communicating the neighborhood’s issues to community stakeholders, City staff, and council members. This capacity for advocacy is crucial as development becomes a reality in the district.

“We understand that development is going to happen here, we really want to shape it,” Timmer said. “We advocate a lot for policies in the city … talking with developers and saying here is what the community is saying [and] here is what is really valuable to the people here.”

Priorities such as sanitation and public safety are a twofold asset to the neighborhood’s plan for improvement; clean, safe streets will not only help create a comfortable environment for residents and visitors, but will also contribute to business retention, which is important in keeping a robust, historically rich neighborhood in a thriving state.