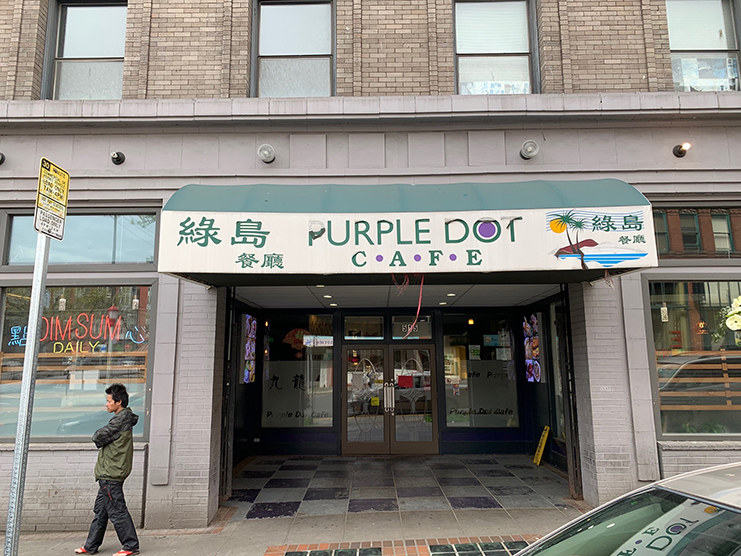 Amid the coronavirus pandemic, Chinatown’s Young Tea has reduced hours and staffing, but it’s still hanging in there. Loyal customers are still picking up boba, in part thanks to the neighborhood’s small business relief fund, which has exceeded $200,000 in corporate and individual contributions.

After receiving a $1,500 grant recently from the Chinatown International District relief fund, Young Tea’s owner Caroline Lee immediately gave half to some employees who were struggling financially. The rest helped cover rent.

Caroline Lee said the money is the only relief Young Tea has received so far. Although she spends much of her time applying for other programs, many relief funds are competitive and first-come first-serve.

“Once they open the application, the website crashes,” Caroline Lee said. “Because I work at the store, I don’t have time to sit in front of my laptop to fight for those.”

The Chinatown International District relief fund was started with $100,000 of seed money from Vulcan, Inc., and has seen additional donations from over 500 individuals. The first round of recipients was announced in early April, and included 67 local businesses. Donations are still being accepted.

According to Jamie Lee, SCIDpda’s director of community initiatives, the organizations have worked together before, but the fund has been their most cohesive and targeted effort yet. The goal is to help small businesses who did not qualify for Seattle’s Small Business Stabilization Fund, which only assisted businesses with five or less employees.

“We knew [the stabilization fund] was there, but there were some parameters around it,” Jamie Lee said. “We wanted to make sure that our fund was low-barrier for folks.”

For Carol Xie’s family restaurant, Purple Dot Cafe, the money they received from the local fund was modest in comparison to what they will need if the lockdown continues — a possibility looking more and more likely in Seattle. But Xie said they’ll take any help they can get.

“When March rolled around we were on the fence about shutting down, because at that point the majority of the employees were scared of leaving the house,” Xie said. “But we have so many people that we have to take care of, if we shut down it would be irresponsible.”

After Gov. Jay Inslee’s stay-home order, Purple Dot Cafe had to furlough about 30 people, according to Xie. She directed many laid-off employees to The Plate Fund, a county-wide donor-based fund that doles out cash to restaurant workers impacted by the pandemic.

Like Caroline Lee, Xie said she spends her free time applying for other funding opportunities. Although Xie’s father runs the restaurant, he relies on her English proficiency. But the application process for grants can be complicated even for English-speakers. Xie said the federal Paycheck Protection Program was an especially difficult process.

“It was so demanding and it was this really long laundry list of legal documents and tax documents, things I had to get from our lawyer and accountant,” Xie said. “They were so stretched thin at this point that they couldn’t get back to me right away, so I had to figure it out on my own.”

Besides the financial impact of the pandemic, ignorance and xenophobia has placed an additional burden on the CID. This month, Seattle Police began investigating stickers likely associated with white supremacist groups that were plastered near Asian American businesses in the neighborhood.

The incident is just one example of the racism that has been stoked by the coronavirus outbreak. The weight is heavy for community members already struggling in many ways.

“We’re really thankful that nothing personal has happened to my family or employees,” Xie said. “But the fear is still there.”

Xie also thinks misinformation and ignorance made people even less likely to support restaurants in the CID.

Without an end in sight, the road to recovery and re-opening is uncertain. The pandemic has highlighted prejudice and inequalities that has made the crisis harder on certain communities. Jamie Lee emphasized that for the CID, recovery may be more difficult than it will be for other neighborhoods.

“All the inequalities around race, language, and class have only been amplified,” Jamie Lee said. “So remember that for communities that are already disadvantaged, it’s going to take them much longer to come out of this struggle.”