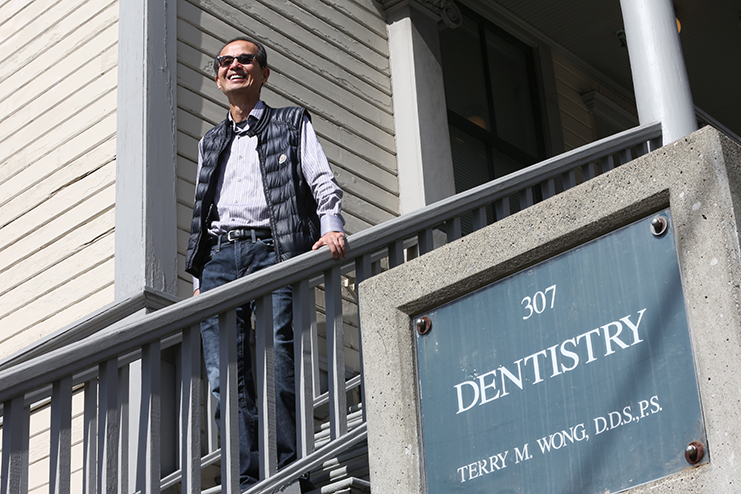 Dentist Terry Wong, owner of Sixth Avenue Dentistry, photographed on September 27, 2020 in Seattle, Washington. Dr. Wong retired in August after more than 40 years of dental practice in the Chinatown – International District. He’s the third generation in his family of business owners to serve the neighborhood. Wong says he will miss his patients but welcomes his next chapter. “I can wake up a little later,” he said with a smile.

Dr. Nigel Saw, a dentist who had a practice across the street, will be taking over Wong’s practice, as well as, the historic building Wong’s business operated out of. “He’s just a great guy,” says Dr. Wong of Dr. Saw. “He’s very compassionate and very good at treatment planning and relating to patients. Every patient that, of my patients that have seen him, just love him.”

The historic building just off Jackson Street where Wong ran his business, was first built as a Seattle public school annex in the 1870s. It is the oldest public building in Seattle.