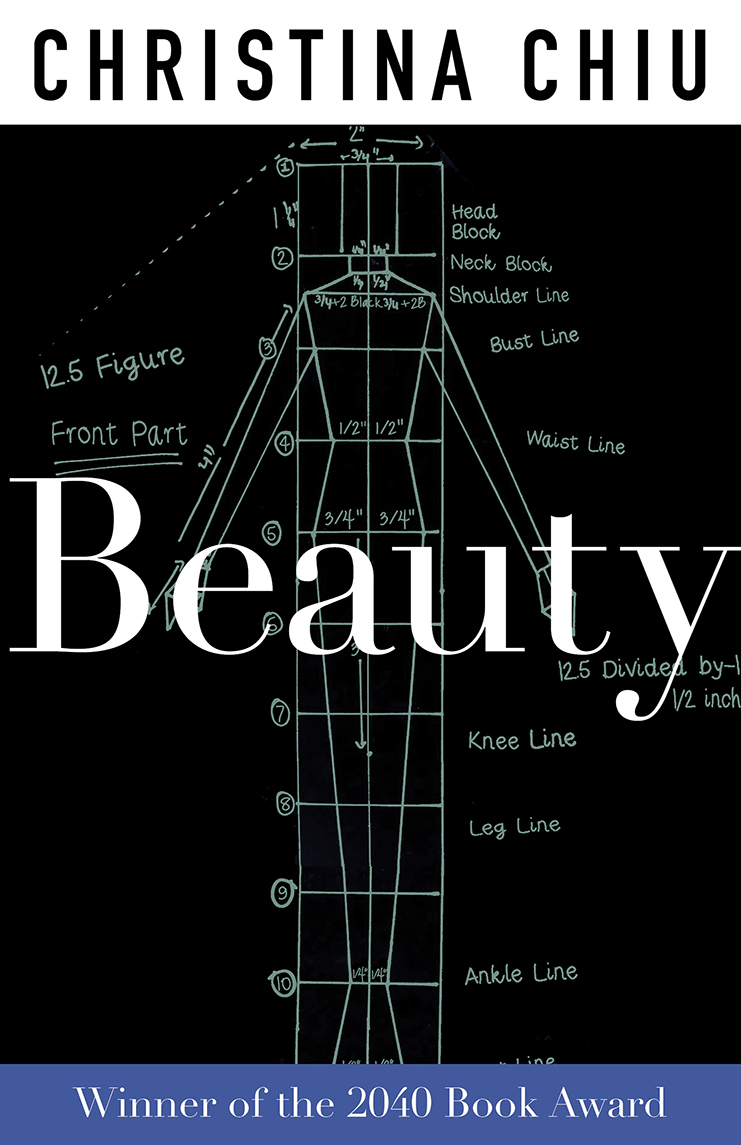 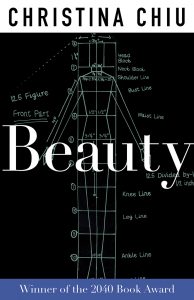 Amy Wong fails her parents, or so she thinks. Why else would her father abandon her mother for a son-bearing mistress? Why else does her mother idolize Amy’s academic sister but relegate her to a lucrative marriage? These Eastern and Western gender constructs are just two of the norms that author Christina Chiu questions in Beauty, an incisive depiction of a second-generation Chinese woman’s self-actualization in contemporary America.

Beauty begins when Amy’s mother dumps her with her pre-med sister, then flies to Hong Kong “for the summer.” At first Amy thinks she’s being punished for bad grades, but eventually she realizes she’s been assigned to Georgie until she finishes high school. She doesn’t notice that her mother is only perpetuating the cycle of abandonment begun by her father, however. All Amy knows is that her parents deserted her, her mother thinks she’s stupid, and her only asset is her appearance.

Chiu skips from Amy’s abandonment as a teenager to her life as a grad student, where she studies fashion by day and waitresses by night. We soon discover her old insecurities have only intensified with age. Her designs are lackluster and she sleeps with her superiors – notably white males – at school and at work. At first Amy blames herself for her dead-end life, but eventually she wonders how much of her trajectory is determined by her skin color. An interchange with a world-class designer proves especially revealing:

“That bed should be mine,” Jones says. “Those Chinese can be so g*** cunning. You have to watch them.”

“I’m sorry. Did I lose my face or something? Because the last time I checked I was Chinese.” I lean against the bathroom doorway. Either he’s inebriated or he’s just plain stupid.

“Oh, you’re not one of them,” he says. “You’re obviously one of us. I’m talking about the ones over there.”

Amy is too cowed by the designer’s celebrity to confess that her own grandfather handcrafted the coveted bed in Hong Kong. She’s also too intimidated to hold other men accountable for the racial slurs they fling at her throughout the book. But Chiu’s novel dwells less on systemic racism than it does on individual trauma, and Amy consistently misses the most direct instigator of her demise – her parents.

Amy absorbs her parents’ failures, both implicit and explicit. Her father abandoned her mother for a younger woman who bore him a son, and Amy becomes the beautiful, son-bearing second wife for an older divorcee. Her mother drowned her grief in fashion and white boyfriends; Amy studies design but succumbs to a string of abusive white men instead of pursuing a career.

Like many addicts, Amy grasps her life is in shambles even as she floats from one toxic relationship to the next. It may be easy for us to realize that abandonment sparked her addiction and racism exacerbates her self-harm, but Amy draws the opposite conclusion. She failed her Chinese parents – not the other way around. If she looks perfect enough, acts perfect enough, she’ll enchant the perfect American man and finally be happy.

Chiu’s solutions to these culture and gender dilemmas are unexpected, to say the least. Amy’s gay best friend becomes her guru and challenges her antipathy toward all things Chinese – even though he’s technically a white male. Perhaps more surprisingly, Amy achieves some measure of independence through motherhood. Although her parents instigated young Amy’s self-destructive patterns, her own child’s medical crisis forces her to advocate for someone less powerful than herself. But in spite of these mid-life victories, her journey toward self-actualization is messy and lifelong. Chiu ends Beauty with Amy’s senior years, where we discover her flourishing as an elite fashion designer and enjoying some measure of familial harmony. Does this mean Amy is at peace with her trauma or her Chinese heritage?

Chiu leaves some room for speculation, perhaps inadvertently. Amy’s emotional trauma and ensuing sex addiction are central to the novel, but Chiu spends so much time on sexual encounters that we can’t fully grasp Amy’s artistic potential, which makes it difficult to appreciate her transformation to an influential designer at the novel’s end.

In a similar vein, Amy’s role as a caregiver develops her autonomy, but the medical condition Chiu highlights is socially problematic. Although Amy’s son Alex suffers a “mild to moderate” traumatic brain injury (TBI), the years of intensive care he requires suggest a severe injury instead. This is problematic because caring for Alex shapes Amy’s character development, and adjusting his injury might reshape the novel’s conclusion. Nevertheless, TBI and its residual deficits are often stigmatized and should be handled carefully. Only a few months ago, some government officials were arguing that TBI patients with COVID-19 were less deserving of ventilators than “healthy” patients. Although Chiu couldn’t have foreseen such unthinkable healthcare rationing, the incident highlights that TBI individuals deserve accurate representation in every medium.

But even if some plot details blur the novel’s conclusion, Beauty is an incisive examination of trauma, addiction, and social inequality. Why must girls subjugate beauty to intelligence? Why do children embody their parents? Why can’t we separate individuals from their appearance? Chiu isn’t the first novelist to ask such questions, but her angle is fresh and worth exploring. She’s given us Amy Wong, a woman so enmeshed in these conflicts that she doesn’t even realize she’s searching for solutions. We experience all the layers of Amy’s identity – daughter, Chinese American, and mother –  and the trauma of losing and reclaiming each one. Even if we answer some of Chiu’s questions more quickly than Amy does, Beauty’s emotional impact merits the journey. Showing is always better than telling.