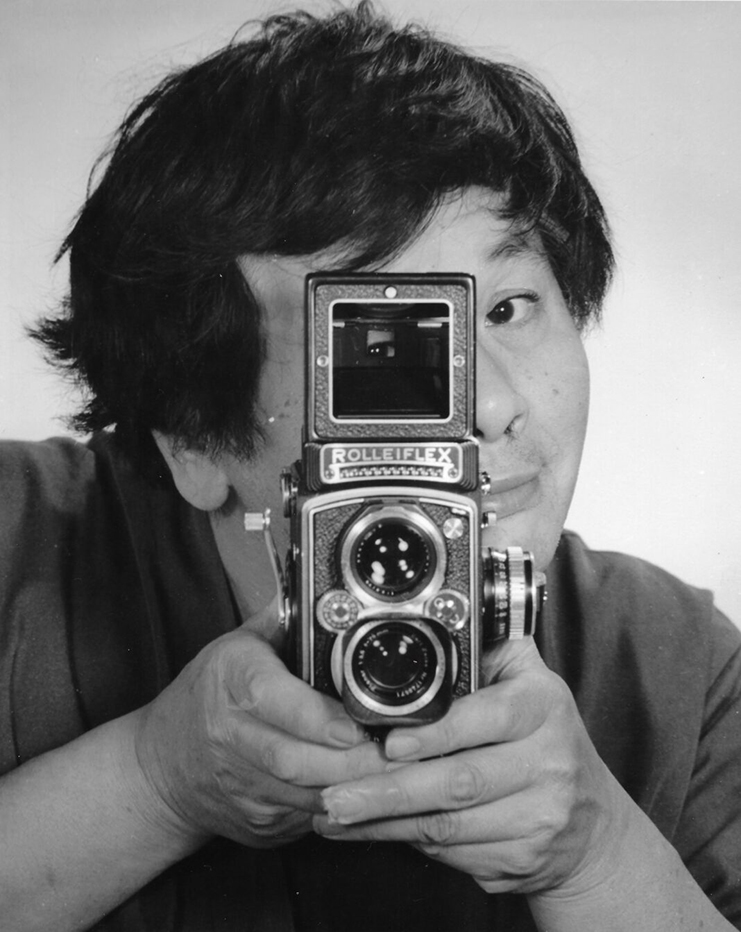 (This article originally appeared in Asian American News [https://asamnews.com] on December 31, 2022, and is republished with permission.)

Chris was a part of the pioneering Asian American art collective Kearny Street  Workshop (KSW) founded in 1972 and located on the edge of San Francisco Chinatown.  Among KSW’s multi-talented artists were Jim Dong, Leland Wong, and Nancy Hom. KSW  played a leading role in the nine-year struggle to preserve the city’s International Hotel  and maintain low cost housing. In the early hours of August 4, 1977, Chris and other  KSW photographers including Bob Hsiang were at the I-Hotel to document its eviction  by mounted troopers on horses and police in riot gear. It was a violent affair with  protesters being clubbed indiscriminately. These photographers bravely captured the  melee at its bloodiest.

Chris also contributed heavily to KSW’s Angel Island Exhibit about the former  immigration station located in the San Francisco Bay, where mostly Chinese immigrants  were incarcerated upon their arrival in America. He worked closely with writer Genny  Lim and historian Judy Yung who chronicled Angel Island’s deep and troubled history.

When I met Chris in the 1970s, he stood out from the other Asian American activists I  knew back then. You could tell from his protruding belly that he enjoyed a good meal,  but there was something else about his accent I couldn’t quite place. He had this kind  of “aw shucks” demeanor that drew people in, that and his robust laugh which invited  you to join with him.

Crystal K. D. Huie was born in 1941 to Chinese immigrant parents who left Guangdong  province in southern China to settle in North Little Rock, Arkansas. They owned a small  grocery store in an African American neighborhood, the George D.D. Huie grocery store, that is listed on the National Register of Historic Places. Chris adjusted to being the only  Chinese in town. As he told PBS, “My birth certificate said, ‘White’, which was crossed  out and marked ‘Chinese.’ I grew up amidst segregation, meaning Blacks ate in the  kitchen, Whites up front… And when I’d go to the movies with my Black friend Otis, I  would sit downstairs, but Otis would have to go to the balcony. I remember at school,  people would never ask me, Are you Chinese? They’d always say, What are you? And I’d  say, I’m Navajo Indian…(dummy).” That was vintage Chris.

He faced another adjustment after leaving home. As he related, “there’s still a lot of the  South in me. I find myself saying, ‘You stop funning now.’ Or ‘Dawggg, why did you do  that!’ And when folks come to visit, I always offer them something to eat or drink. When  I went north, one of the first things I noticed was that people didn’t offer me a damned  thing.”

It was easy to take Chris lightly, as he never seemed to take himself seriously. In fact, in  addition to serving in the US Army, Chris had a lengthy academic resume starting with  Little Rock University in the 1960s before graduating from one of the country’s most  renowned schools of photography, the Rochester Institute of Technology. He then went  on to receive a masters degree in history from New York University. His many accolades  include a National Endowment for the Arts Fellowship in photography, a Martin Luther  King, Jr. fellowship in history, a Rockefeller Fellow in Museum Education and Community  Studies, and a California Arts Council Artist in Residence. That background served him  well teaching photography classes for KSW and the San Francisco Recreation and Parks  (Harvey Milk) Photo Center.

Sandra Taylor-Smith, director of North Little Rock History Commission, said “the Dark  Hollow neighborhood has been nationally recognized through photography by Crystal  Huie, a Chinese American who lived in the neighborhood with his family in the 1970s.  He started taking pictures of people in the neighborhood and 23 of his pictures are in  the Smithsonian Institute.”

His photos of African Americans are beautifully showcased in his 1972 book Dark  Hollow, so named for the lack of electricity in the impoverished neighborhood. It’s clear  from his photographs that Chris had a very close connection with his African American  neighbors, the kind of bond that says “you’re one of us.” This allowed him to shoot  freely with no inhibitions, a luxury few photographers can ever take for granted. The  large format, 4 x 5 photos capture the rich detail of everyday life, yet leave plenty of  room to tell the full story. In the intervening years, the photos have lost none of their  descriptive powers at a time when Black people in the rural South still face significant challenges.

During a stint living in New York City, Chris began taking pictures in Chinatown. This  was a revelation for the North Little Rock native. He wrote that “it was the first time I  had ever witnessed the Chinese New Year tradition of lion dancing and other  celebrations in full dress. I was awed and moved by the spirit of the event and the  excitement of the people…I realized how vital our traditions are in preserving our  identity as a people and culture within the larger society of America.”

The Dark Hollow and Chinatown photos somehow made their appearance at a gallery  exhibition in Santa Fe, New Mexico. As the Santa Fe New Mexican newspaper reported  in 1972 “Huie was traveling through Santa Fe on his way to Los Angeles. His car, a 1954  Cadillac, broke down on the old Santa Fe Trail, and he decided to put on a show here.”  Leave it to Chris to turn lemons into lemonade.

In 2009, Chris was stricken by a stroke that greatly affected his speech until his recent  passing in December. It was frustrating for him not to be able to express himself clearly,  but he always maintained his sense of humor. The mere mention of Li Po’s bar, a  popular San Francisco Chinatown haunt back in the day, never failed to bring a smile to  his face. Likewise for the New Lun Ting Cafe, otherwise known as Pork Chop House to its  devoted KSW followers. I always wondered how a Chinese American boy from Arkansas  no less ended up with a name like Crystal. If you think about it though, it describes  Chris perfectly. Someone who refracts light brilliantly, casting a dazzling prismatic  rainbow that makes any space glow.

There is a memorial blog for Chris where people can share their memories.

AsAmNews is published 365 days a year by Asian American Media Inc, a recognized 501C3 non-profit. The Board of Directors has pledged to match all donations until the end of the year up to a combined $21,000. Donations can be made via credit card or Paypal at this link. You may also send a check made out to Asian American Media Inc at 440 N. Barranca Avenue #8117, Covina, CA 91723. Our EIN number is 87-4114362.