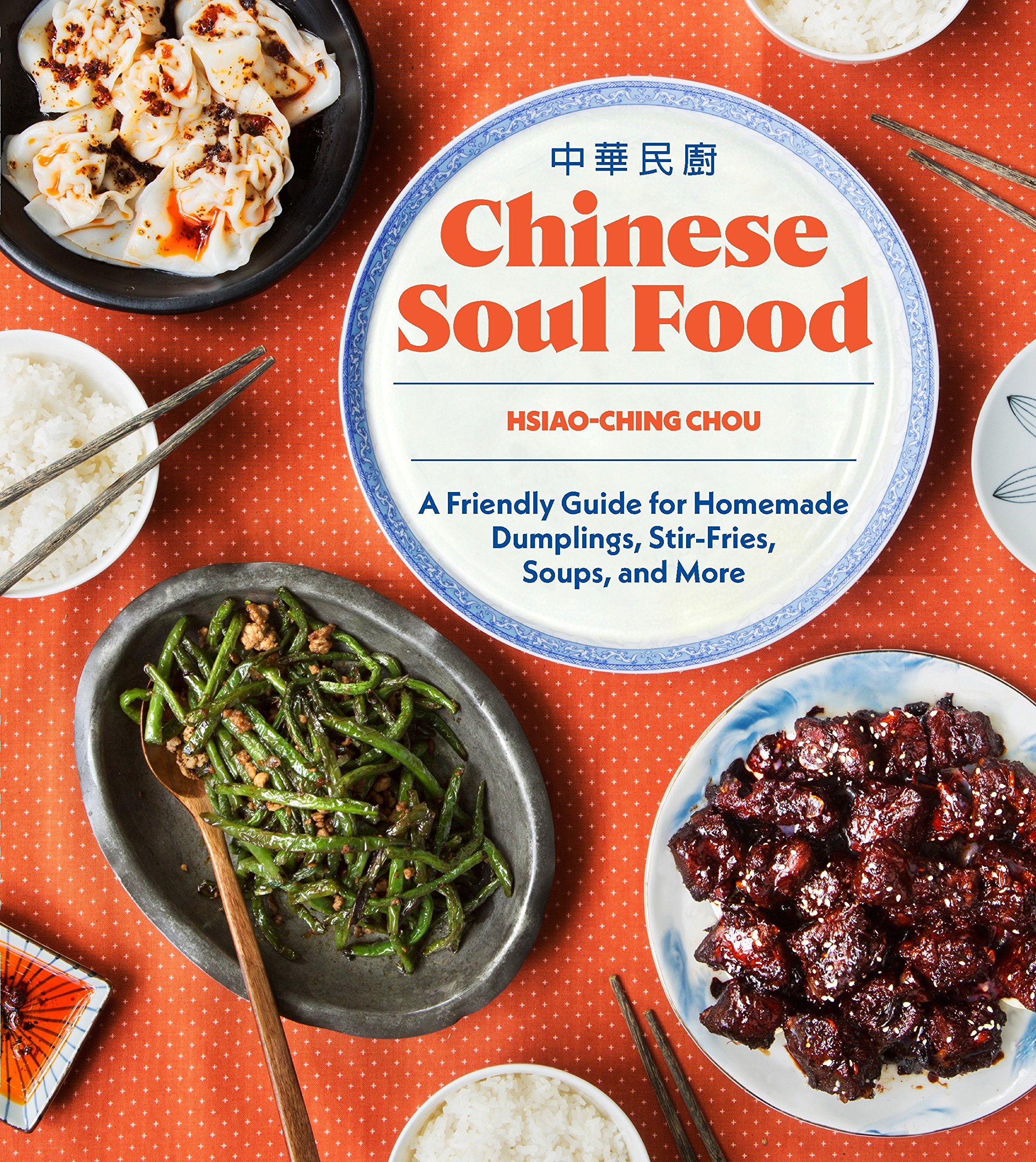 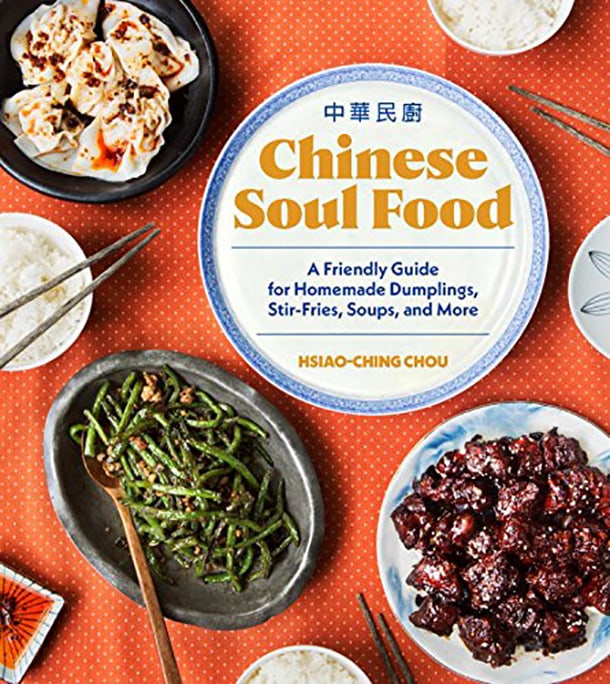 “A warm kitchen is the heart of the family.” From the foreword of Hsiao-Ching Chou’s recently published cookbook, Chinese Soul Food, the author’s mother, Ellen Chou, provides the focal point for the work. “The only ‘cookbook’ I always had was my memory of good eating,” mother Chou wrote. Her daughter, it seems, has evolved those memories into a remarkable, bound volume dedicated to honoring remembrances steeped in a past of delicious contentment.

What began in 2007 as a blog of “comforting recipes inspired by foods I ate growing up”, Chinese Soul Food morphed into a substantive 256- page volume by the former food columnist for the Seattle Post-Intelligencer newspaper. Chou augments her penchant for cooking by offering classes in Seattle at chef Tom Douglas’s Hot Stove Society cooking school, and as a member of the James Beard Foundation’s cookbook committee, which annually bestows prestigious awards on worthy cookbook authors.

What Chou has provided in Chinese Soul Food is a primer of authentic meals that trace her family’s background and movements throughout the provinces of China, Manchuria and Taiwan. The dishes, far from exalted, star-studded gastronomy, reflect the humble origins of home-style cooking: simple, tasty, food for hungry folk.

Mindful that we the people still suffer from an enormous hangover of early Americanized Chinese restaurant food fare, due in part to a lack of access to authentic Asian ingredients and sustained by a baffling persistence in appetites for neon-red innocuous eats, Chou acknowledges this tenacious penchant with her selection of familiar old standards in the Guilty Pleasures chapter. There, in an homage to crave-addicted obsessions, among Mu Shu and Rangoon, reside stalwarts Chicken Chow Mein, Restaurant-Style Egg Rolls, General Tso’s Chicken, Chinese Barbecued Pork and other 20th century chinoiserie plated and boxed specials of the dine-in/take-out crowd. Column A, B and C stalwarts that, against all odds, have continued to live on forever.

The author helps one navigate popular ingredients used in Chinese cooking that may still remain a mystery to the novice. Bean thread vs. rice noodles? She describes when and how to use each item, and to minimize the too often obligatory game of Asian market hide and seek, adds key hints as to how to find them: “8 small bundles wrapped in . . . (a) garish pink net bag” pretty much identifies a popular brand of bean thread noodles on a shelf.

Did someone say, “soy sauce” – that ubiquitous wall-to-wall brown liquid condiment fundamental to Asian cuisine since time immemorial? Easy to say, but hard to choose when confronted by an infinite array of bottles, jars and jugs. The author has sensed your angst and devoted three pages to Understanding Soy Sauce. The secret of the best choice options is also available on her blog – http://mychinesesoulfood.com – in a video captioned Soy Sauce Tips.

Along with the heaping portion of vegetables, Chinese Soul Food covers aromatics, oils, dried ingredients, sauces and pastes, fermented products, acids, sweets, tofu, rice and noodles. Peppered throughout the book are special notes that provide useful advice and information, e.g., why the revered Shaoxing wine might not be the right choice for toasting at your next celebratory party, or how to prepare and maintain your wok and bamboo steamer, or benevolent enlightenment related to often inscrutable conventions regarding Chinese etiquette and desserts.

Ah, desserts. The most enigmatic of phantom courses at a Chinese dinner that the western world both struggles to fathom and accept. For those confused by the dearth of sweets at the end of a sumptuous round-table restaurant meal (a paltry orange slice or customary fortune cookie fails to satisfy most wild, wild west appetites), Chou describes a number of desserts available that may not be a staple at typical Chinatown restaurants. But they do exist. In an attempt, perhaps, to placate those intent on having their dessert and eating it too, she has included one concoction in the Guilty Pleasures division: Almond Jelly with Fruit Cocktail. Bon appétit!

For the wok rookie, the author provides a surgically precise GPS for Chinese cooking. She assumes that an eager newbie cuisinier may be at home on the range all alone. Where other cookbooks assume knowledge, the author provides full-page, living-color, precise images (not just a clue) that leave little doubt as to what recipe ingredients called for actually look like at the market place, how specific techniques create essential elements within a dish, and what the results of one’s plated culinary efforts ought to resemble.

Gai choy, yu choy, bok choy, gai lan. Surrounded by rows and mountains of greens at vegetable stalls – labeled with only Chinese characters or logograms – may leave you clueless in Seattle. But the book’s vivid veggie photos, each labeled precisely, enables one to fearlessly purchase the correct produce components with certainty.

“My ultimate goal is to get you into the kitchen.” states Chou. “Chinese cooking can be daunting because the ingredients and methods are unfamiliar, and if you haven’t experienced the diversity of regional Chinese dishes, your palate may not have a baseline for the flavor profiles.”

Chinese Soul Food is not an attempt by the author to have its users conquer the art of Chinese cooking. It is a modest effort at providing a solid guide for those who enjoy Chinese food and have a desire to learn to cook a variety of delicious dishes with ease and confidence. In its conception and execution, Chinese Soul Food embodies not only mastering the journey, but the destination as well. It’s a stellar choice for anyone’s cookbook shelf!