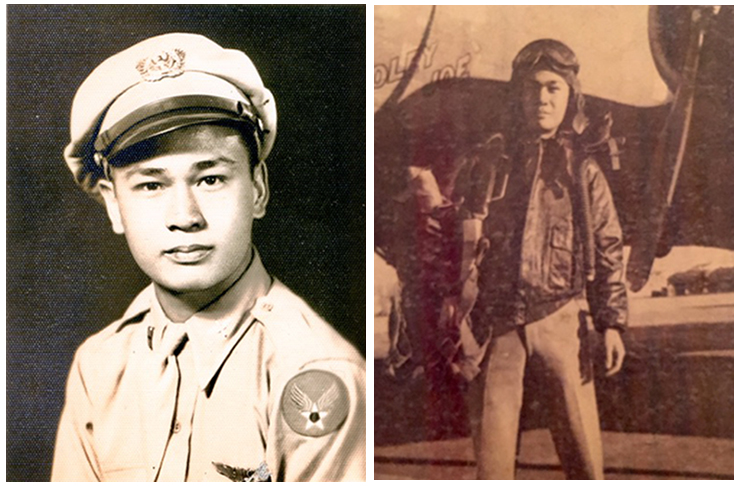 Over 850 Chinese American World War II veterans or next of kin have received official confirmation that U.S. Congressional Gold Medals will be awarded to them, Ed Gor, project manager for the national effort, said in an interview last Friday.

The spirited attempt to identify and locate other Chinese American veterans has now reached Seattle. It is spearheaded by the Chinese American Citizens Alliance (CACA), a San Francisco-based group with 20 chapters across the country. CACA was established in 1895. The Seattle Lodge started in 2011.

“This overdue recognition of our veterans is a once in a lifetime milestone that we can point to with pride,” Gor said.

Gor and other supporters of the Congressional bill point out that the Chinese Exclusion Act, which barred Chinese laborers from coming to the US, was in place from 1882 until 1943. This meant that many wives and family members of Chinese American vets were unable to come to the U.S. despite the sacrifices of the service members.

Catherine Lee, president of the CACA Seattle Lodge, spoke about the Congressional Gold Medals at a community briefing on April 20 at the Wing Luke Museum. The event was hosted by the Cathay Post #186 of the American Legion. The Post was formed in 1945 by returning Chinese American veterans. The Post’s membership roster has been rapidly shrinking, raising questions about its survival.

About 20 people attended, most of whom were the children of World War II veterans. They included Haydon Mar and Dorrienne Chinn, the son and daughter of the late community leader Jimmy Mar, a charter member of the Cathay Post. Mar, the first Chinese drafted out of Seattle in 1941, passed on July 11, 2008, at 98. Sue Mar, whose late father Dan Mar served as Post Commander, was also there.

Among the other participants were Tina Young, a longtime employee at Seattle Central Community College who recently retired, and Ron Choi, a colleague at the College. Young’s father, three uncles and father-in-law were all World War II vets. Choi’s father served in Okinawa during the occupation of Japan.

Lee said the date of the national awards ceremony in Washington D.C. has not yet been set. But CACA hopes it will be Veterans Day. “We would like to get as many veterans registered as soon as possible, ideally by end of August or early September,” she said. “If any vets want to go to D.C. for the official ceremony, CACA will help fundraise to support the costs of travel.”

Gor said nearly 20,000 Chinese Americans served in all branches of the U.S. military during World War II. “Based on their population at the time, this is three to four times the national average,” he said. “People talk all the time about the disproportionate percentage of Asians in college. Well, we were also disproportionately represented in other ways as well.”
Mimi Gan, a local documentary filmmaker and Wing Luke Museum trustee, has teamed up with Randy Eng from the Seattle Channel to interview the few surviving Chinese American World War II vets and family members in Seattle. The two recently spoke to 102-year-old Gene Moy, a Beacon Hill resident. Moy doesn’t want to travel to the D.C. ceremony, but he plans to attend the Cathay Post event.

As with Gor, the project is deeply personal for Gan. Her father, Manville Gan, was a Second Lieutenant in the US Army Air Corps. Born in San Francisco in 1922, he passed away in 2005 at the age of 83.

“There are so many compelling stories around the country—POWs, generals, women, brothers who fought for the US despite facing discrimination and the Chinese Exclusion Act,” Gan said. “I understand less than 50 are still alive, the youngest being around 93 years old. Time is of the essence.”

According to Gor, the US Mint will be designing the gold medal with input from Chinese American veterans. “Our main goal right now is to register people, many of whom probably don’t even use computers,” We need to find other ways to reach them.”