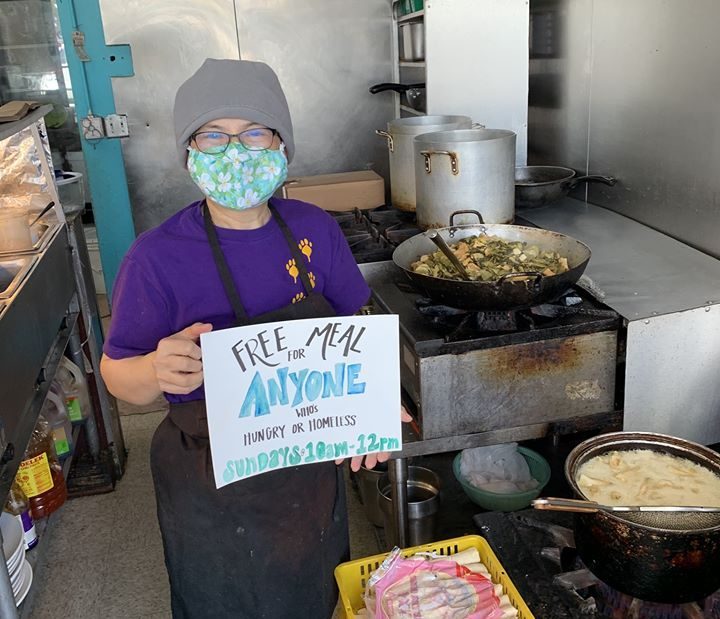 As of May 4, there are 15,594 confirmed COVID-19 cases in Washington state, including 862 deaths, according to the state Department of Health, the Seattle Times reported.

The Chinatown International District Business Improvement Area (CIDBIA) contracted with a local security company, Homeland Patrol Division Security, which will conduct overnight security patrols in the neighborhood, according to a Facebook post from the CIDBIA. The company began the overnight patrol on May 5, and will continue every night per week, free of charge. The company will patrol blocks “strategically chosen” in a marked car, and will be on hand to report crimes to the Seattle Police Department.

The Chinatown International District (CID) Restaurants and other Small Businesses Relief Fund has raised over $300,000 for small businesses in the neighborhood, and will announce recipients of the second round of funding in the first weeks of May. IE Contributor Claudia Yaw recently wrote about the fund, which is co-managed by the Seattle Chinatown International District Preservation and Development Authority (SCIDpda), CID Business Improvement Area (CIDBIA), and Friends of Little Saigon (FLS). The first round of funding went to 87 restaurants in the neighborhood. The second will go toward non-restaurant businesses. Donors can donate and find information about the fund at: bit.ly/cidbizrelief. Organizations managing the Small Businesses Relief Fund have also provided technical assistance, translation services, and information about other resources for these small businesses. The fund started with $100,000 in seed money from Vulcan, Inc. and raised an additional $100,000 through online giving, in which 500 donors participated.

A GoFundMe set up on behalf of InterIm CDA to feed low-income seniors and families in the CID has almost reached its $10,000 goal. Henry Liu, other staff at InterIm, and a team of volunteers have been making deliveries twice a week to apartment buildings around the neighborhood, and have so far delivered around 3,000 bags of groceries.

The Asian Counseling and Referral Service (ACRS) food bank continues to provide groceries to community members around King County, shifting to a delivery model to adapt to COVID-19. Each week, ACRS distributes over 1,000 grocery bags throughout the county. On May 1, ACRS distributed 590 bagged hot meals made by Chef Salima and the kitchen staff at Club Bamboo, with the help of with SCIDPDA and King County Metro Access. ACRS is also approaching the 30th anniversary of Walk for Rice, an event usually held at Seward Park and which raises money for the ACRS food bank and nutrition programs. This year, Walk for Rice is happening online. You can participate through the following link: http://acrs.walkforrice.org/site/TR?fr_id=1130&pg=entry.

Gov. Jay Inslee announced a four-phase plan to re-open Washington, the Seattle Times reported, along with an extension of the stay-at-home order through the end of May. Phase 2 of re-opening could start June 1, and would allow barbershops, new construction projects, and some retail stores to open again, and restaurants to operate at half capacity. Phase 1 of the four-phase re-opening is expected to start with auto dealers and landscapers re-opening this month, with three weeks in between each phases.

City Council passed a bill on May 4 protecting Seattle renters, nonprofits and some small businesses from eviction until December 2020, The Seattle Times reported. Tenants were protected from eviction if they do not pay rent until June 4 due to a statewide order, also adopted by Mayor Jenny Durkan. The new action from the Council, which passed unanimously, extends this moratorium for six months. For the six months after June 4, tenants who can demonstrate financial hardship will be protected in court if a landlord tries to evict them for not paying rent. Rent payments will still add up during the eviction moratorium; the bill does nothing to stop these payments being due or remove any debts incurred.

Councilmembers Tammy Morales (who represents the CID and south Seattle), and Kshama Sawant (central Seattle) co-sponsored an emergency tax bill on big businesses to help low-income Seattleites during the coronavirus pandemic, as well as build affordable housing and implement Green New Deal measures in Seattle. During last Wednesday’s City Council budget meeting, Councilmembers discussed potential sources of revenue for the tax, which would pay 100,000 low-income Seattle households $500 dollars per month for four months, and in the the next years and build thousands of affordable housing units. The tax would collect 1.3% of the payroll of the 800 largest businesses in Seattle — those with payrolls of more than $7 million per year (nonprofits, grocery stores and government employers are exempt). Until this revenue is actually collected, the $200 million in emergency payments for low-income Seattleites would be borrowed from the City budget, and then repaid once tax revenues flow in. The City will be able to lend this $200 million without impacting expected spending, according to City Council analysts during the meeting, and such interfund loans are a common practice, though not usually for amounts as large as $200 million. This funding strategy was the focus of the budget meeting, a strategy which has been attacked by Mayor Jenny Durkan, whose signature is required for the emergency legislation to take effect. The interfund loan strategy also depends on how City Council members plan to balance the City budget, which is expected to take a $300 million dollar hit from coronavirus. The Council will take up discussions of the tax on May 13, which is the earliest date they could vote on a version of the bill.

Missing the CID neighborhood? Us too. This video of neighborhood scenes, stunningly shot by videographer Matt Chan, is a treat: