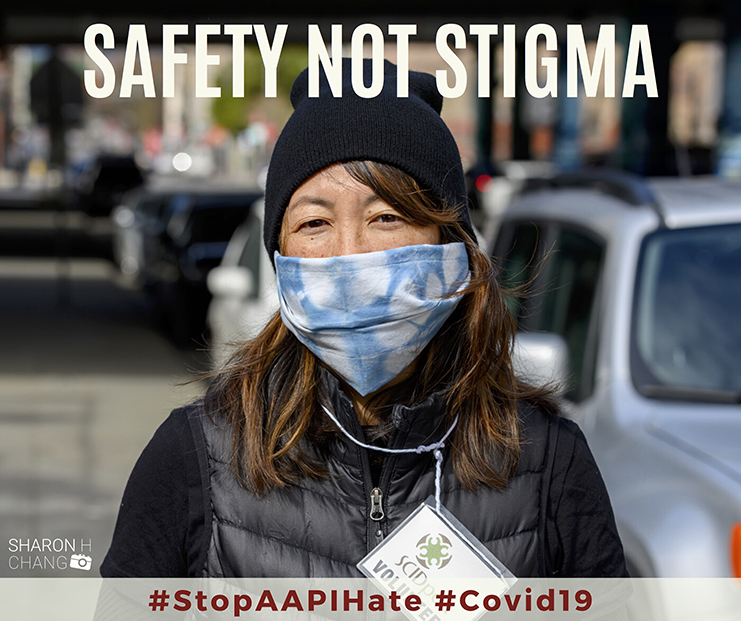 Several counties are ready to move on to the second phase in Gov. Jay Inslee’s COVID-19 recovery plan by June 1, but King County likely won’t be, the Seattle Times reported. King and Snohomish counties are still seeing too many cases to move past the first phase. To get there, King County would have to see an average of 16 new infections per day; currently, that number is 60. The re-opening policies are based on recommendations from the Centers for Disease Control (CDC). During phase two, people continue to stay at home, but small gatherings and limited groups are allowed for outdoor recreation, while more businesses can re-open and restaurants can allow dine-in service at less than 50 percent capacity. You can find more information on the phases of recovery for Washington state here.

The City dismantled an encampment outside the Navigation Center on May 21. The removal, which brought a group of protestors, came after Mayor Jenny Durkan temporarily suspended the practice of removing encampments during the coronavirus pandemic, following guidelines from the U.S. Centers for Disease Control. These guidelines advise that encampments not be moved if no adequate shelter is available. During a virtual town hall about COVID-19 community needs in southeast Seattle, Human Services Department director Jason Johnson said the encampment blocked roads, sidewalks and entrances to businesses, and that “there had been a number of public safety issues related to those two encampments.” Today, a bill from Councilmember Tammy Morales (District 2, the CID and southeast Seattle), will be discussed in the Select Committee on Homelessness. The bill would formalize the City policy, adopted in March, to stop removing encampments, with a few exceptions. In an email to constituents, Morales acknowledged that some in the CID are frustrated with the new encampments that arose. “I know that frustration is coming from a good place. I’m frustrated too. At the bare minimum, we should be providing individual shelter space like the CDC advises, and realistically should be making every effort to house every single person living unhoused, but we’re not.” A group of 100 public health and homelessness service providers in the Seattle area wrote an open letter to Mayor Durkan urging her to stop sweeps and to support Morales’s bill, arguing that the sweeps are the wrong approach, and further spread coronavirus. Look out for a full story about the sweep and the Council bill soon in the International Examiner.

Seattle police arrested a man suspected in an incident of racist harassment in Ballard. It is one of four incidents of anti-Asian racism that have occurred in the last week. The man is accused of chasing an Asian couple and shouting at them on May 25. Police have not connected this suspect to three previous anti-Asian harassment incidents that happened on Saturday, May 23, at Golden Gardens Park and at a restaurant. Seattle Police Chief Carmen Best told King 5 there has been an increase in anti-Asian racist harassment, including nine incidents the department tracked, since March. SPD is asking anyone with additional information to call their tip line at 206-233-5000.

Another option for reporting bias or racist harassment is to contact the City, which urges people to report any such incidents. You can call the City’s Bias Hotline at 206-233-7100 or visit www.seattle.gov/reportbias. Reporting can be done anonymously.

Matt Chan wrote in the South Seattle Emerald about the racist harassment experienced by Seattle elementary school teacher, Kert Lin, at a Home Depot near the Chinatown-ID, and the Seattle Police Department’s response. “Being on the receiving end of a racist attack is one of the loneliest places in the world,” Chan writes. “It’s primal and frightening….You are forced to make split second decisions that can mean life or death for yourself or those you love.” Seattle police are now investigating the officer’s handling of the harassment Lin reported, according to KUOW. Look for a story soon in the International Examiner on the incident.

‘Safety Not Stigma’ is a portrait campaign by Seattle-based photographer Sharon H. Chang to help combat increased racism against people of color during the pandemic, raise awareness about the disproportionate impacts of coronavirus on communities of color, and prioritize safety instead of stigma by the public. You can view her photo essay here.

Eric Chan, whose family runs Jade Garden, was the victim of a recent trolling attack. As King 5 reported, it started when an internet troll wrote a racist comment on one of Chan’s Instagram posts, and then when Chan exposed the comment by posting about it, the troll started posting doctored screenshots purportedly showing Chan’s account posting rants with derogatory comments about Black people. “So now I’m getting death threats at the restaurant, people are calling in saying I’m a racist,” Chan told King 5. The troll went so far as to leak Chan’s mother’s address online. Police are investigating the incident.

International Community Health Services (ICHS) has seen a steep decline in patients, and a resulting loss in revenue. ICHS cancelled its annual fundraiser in April, and switched to an online fundraiser. The organization hopes to raise $200,000 by the end of May. Those interested can donate here. ICHS also offers drive-thru COVID testing at its CID and Shoreline clinics. You don’t need to be an existing ICHS patient to be tested. More details here.

The annual Pig Roast at the Danny Woo Community Garden is cancelled this year. This year would have marked the 45th year for the community event, celebrated every second Friday of July. The group will still celebrate food, culture and community in July — more details to come in an article in the International Examiner.

The annual Pride ASIA festival that takes place in Hing Hay Park will be held virtually this year. According to Pride ASIA co-founder Aleksa Manila: “The initial decision collectively was just to follow everyone and cancel, but there was still such a cry, that need of finding a virtual space to connect as a response to hatred and violence…so we wanted to make sure to continue the tradition of doing pride Asia fest, even though it’ll be in a virtual space.” This year’s virtual Pride ASIA fest will be on May 31st, and it will include a virtual Q&A/forum, with a panel of speakers that will talk about various topics that relate to COVID-19 as well as the community, as well as performances throughout the event. Read more about Pride ASIA and the upcoming celebration in this article by IE fellow Angel Chi.

Looking for things to read during quarantine? It’s a good time to catch up on some thoughtful writing from two of Seattle’s great columnists, who recently took home several local journalism awards. Writer Glenn Nelson of Crosscut won three first-place awards from the Society of Professional Journalists Northwest Excellence in Journalism contest (the full list of awardees can be found here) for his columns on race and culture. The award-winning columns include a piece about the legacy of Ichiro (Nelson, like the famed baseball player, was born in Tokyo), gentrification in South Park, and across Seattle as a whole. Nelson also wrote last year about how the Chinatown-ID is struggling to survive amid immense change. You can read all of Nelson’s columns here. Naomi Ishisaka, who writes about race, culture and equity at the Seattle Times (the IE interviewed her in December), was a second place winner among large newspapers in the region for her columns on surveillance, immigration, and affirmative action. You can read all of Ishisaka’s columns here.