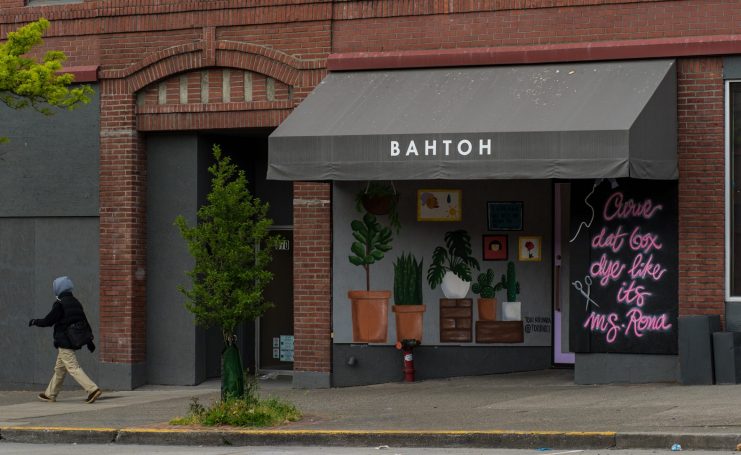 As of May 12, there are 17,330 confirmed COVID-19 cases in Washington state, including 962 deaths, according to the state Department of Health, the Seattle Times reported.

A second round of grants for small businesses is available from the The Chinatown International District (CID) Restaurants and other Small Businesses Relief Fund. The second round is for retailers and other small businesses that have suffered losses due to COVID-19; the first round focused on restaurants and other food service businesses. The grant amount is $1,500. It is available to qualifying businesses that have not already received more than $5,000 in grants. The fund is still accepting donations here. IE Contributor Claudia Yaw recently wrote about the fund, which is co-managed by the Seattle Chinatown International District Preservation and Development Authority (SCIDpda), CID Business Improvement Area (CIDBIA), and Friends of Little Saigon (FLS).

A GoFundMe set up on behalf of InterIm CDA to feed low-income seniors and families in the CID has exceeded its $10,000 goal. Henry Liu, other staff at InterIm, and a team of volunteers have been making deliveries twice a week to apartment buildings around the neighborhood, and have so far delivered around 3,000 bags of groceries.

A month after police saw three men placed white nationalist stickers near businesses in the CID, a member of the Support the ID Facebook group reported that more stickers have been spotted in the neighborhood. If people see these stickers, the Chinatown International District Business Improvement Area (CIDBIA) asks that you email a picture of them to [email protected], and they will report them to the appropriate channels. The International Examiner previously reported on the white nationalist stickers being spread in the neighborhood in April.

On May 17, 1942, Japanese American families gathered at Union Station in downtown Tacoma, knowing they would be leaving, but not to where, or how long they would be gone. On May 17, the Washington State History Museum and Washington State Historical Society are holding a virtual event commemorating the Japanese American Day of Remembrance in the south Puget Sound. The event is a behind-the-scenes look at an upcoming exhibition in the Great Hall of Washington History with lead curator Gwen Whiting, and it will include voices of members of the community about the South Puget Sound Japanese American incarceration experience. Check for further details about the event on its Facebook page here.

Seattle Times journalists Erika Schultz and Corinne Chin have a feature story about how Hmong flower farmers are staying resilient during the coronavirus pandemic, filled with individual stories, beautiful photos and a video.

A new big business tax proposed by Councilmember Kshama Sawant and Tammy Morales faces an uncertain future after Council President Lorena González suspended future discussion of the tax until at least the end of May, citing Governor Inslee’s order that the City Council only take up legislation that is either “necessary and routine” or “needed to deal with COVID-19 and the current public health crisis.” The tax, which would have been discussed during the May 13 budget meeting, would be used to pay low-income Seattleites $500 per month for four months to address the economic impacts of coronavirus. González believes the legislation is not sufficiently relevant to the coronavirus pandemic because the tax revenue would also be used to build affordable housing and implement Green New Deal Measures in Seattle. Sawant and Morales (who represents the CID and southeast Seattle) criticized the decision to cancel discussions of the tax until meetings can resume normally. “I feel like the decision effectively pulls the rug out from under people who were already on the brink of disaster,” Morales told the South Seattle Emerald. Morales and Sawant may re-introduce a version of the legislation with a narrower scope.

On Monday Gov. Inslee released a series of requirements for restaurants to follow before they can open for dine-in customers, the Seattle Times reported. Five Washington counties (Stevens, Wahkiakum, Skamania, Ferry, Pend Oreille, Columbia, Garfield and Lincoln) are allowed to start Phase 2 of re-opening, which allows restaurants to operate at 50 percent capacity. Restaurants will need to keep a daily record of customers and their contact information, to help with potential contact tracing.

King County’s Public Health Officer Dr. Jeff Duchin announced a new public health directive urging people to wear masks while in stories and on public transport, or when outside where it’s impossible to keep six feet away from others. The directive notes that wearing a mask should be done in addition to other measures to slow the spread of coronavirus, including physical distancing, avoiding non-essential outdoor activities, washing hands and not touching one’s face. The directive, effective May 18, is not intended as a reason for law enforcement or others to arrest or detain people not wearing masks, but is intended to to encourage people to wear them.

Following this directive, Mayor Jenny Durkan announced the City will provide over 45,000 free cloth masks to low-income people, people experiencing homelessness, and others. The City will distribute the masks with the help of community-based organizations that serve immigrants and refugees, older adults, people with disabilities, and people experiencing homelessness, as well as to food banks and meal providers. “This virus knows no boundaries,” said Mayor Durkan in a statement. “Wearing cloth face coverings is part of the new normal. While public health requirements like this are new, we must follow this guidance. It’s up to all of us to protect the health and safety of our communities.”

Crosscut published a profile of artist Monyee Chau, whose recent work includes designing a poster highlighting CID neighborhood resilience, which has been posted in the neighborhood hundreds of times: “Chinatown, Filipinotown, Japantown, Little Saigon were all built on resilience. We will survive this, too.” Chau is also author of “A Comic on Resilience,” a history of Chinatowns in the U.S. printed in the form of a menu, and other work.

Henry Liu of InterIm posted a video interview with Carol Xie of Purple Dot Cafe about what it’s like helping run a small business in the CID during the COVID-19 pandemic.

On May 20, the Museum of History and Industry is hosting a free webinar titled History Café: Resilience Past and Present in the Chinatown International District. It will feature CID Coalition/#HumbowsNotHotels activists Cynthia Brothers (also of Vanishing Seattle) and Marlon Dylan Herrera, who speak about past and present organizing in the CID, “including how community members are responding to the inequalities laid bare by COVID-19 through mutual aid and advocacy, to leverage this moment of crisis in support of lasting, transformative change for the neighborhood.” The first 500 people to register for the webinar can participate. Sign up here.

“It’s a vicious cycle, and it’s not okay”: Seattle man who was target of racial slurs said police in Seattle and across the country...

Chinatown-International District coronavirus updates, May 27, 2020—The latest news and information from the neighborhood and beyond

Sidhu Farms: A small family farm adapts in the era of COVID-19