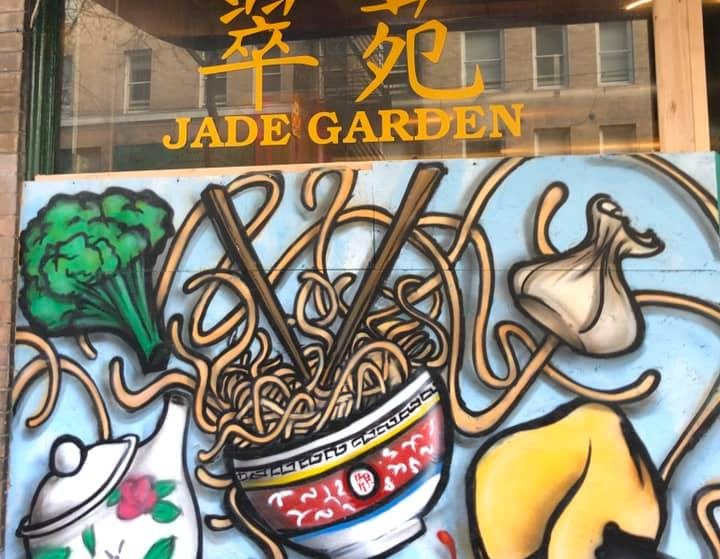 As of March 30, there are 4,896 COVID-19 cases in Washington state, and 195 confirmed deaths from the illness, the Seattle Times reported.

The founders of “Support the ID,” a Facebook group for promoting and sharing stories of small businesses in the CID and beyond, have launched a Go Fund Me to provide meals for healthcare workers during the COVID-19 pandemic. Once it meets its goal, the money will be used to buy food from a local CID restaurant and delivered to a clinic or hospital yet to be determined. The restaurant will be chosen randomly out of a list put together through community suggestions. The goal is to do this once per week, spending $1,000 each time, “for as long as COVID-19 is still impacting us and as long as funding is provided,” according to the Go Fund Me page.

Community members are mourning the loss of Elizabeth Mar and her husband Robert Mar, owners of beloved Hawaiian restaurant Kona Kitchen, to coronavirus, the Seattle Times reported. Elizabeth Mar passed away Wednesday, March 25 after two weeks of illness. Her husband passed away the following day. Elizabeth opened the first restaurant in Maple Leaf in 2002, followed by a branch in Lynnwood. She was known to longtime customers as “Auntie” and “Grandma.” Kona Kitchen is open for takeout. “We’re just trying to stay afloat,” said Angie Okumoto, Elizabeth’s daughter, to the Seattle Times. You can get takeout there at the Seattle location: 8501 Fifth Ave. NE, Seattle, or call 206-517-5662.

Jade Garden in the CID, which was already suffering a loss in business, had one of its windows smashed by vandals Thursday, March 26. The window has been boarded up, KING 5 reported. Police are investigating the vandalism, but they say right now there’s nothing to indicate it was a targeted incident. After the windows were boarded up, a team of artists painted murals on them to enliven them, and those of other boarded up business in the neighborhood. Jade Garden is open for takeout. Address: 424 7th Ave S, Seattle, WA 98104. Phone Number: 206-622-8181.

Musang, a Filipino restaurant in Beacon Hill, is closed for business, but is delivering free food to community members in need, KUOW reported. The restaurant was only open for about two months before coronavirus struck, and owner Melissa Miranda felt that transitioning to a community kitchen was the right thing to do. Her restaurant has formed a collective with others, including Tariq Abdullah of from Feed the People, Chera Amlag from Hood Famous, Kristi Brown and Damon from that Brown Girl Cooks.

The City Council passed a resolution Monday calling on Gov. Inslee, Congress and the Trump administration to put a moratorium on mortgages and commercial and residential rents. The resolution was brought forward by Seattle City Councilmember Tammy Morales, who represents District 2 (including the Chinatown-ID and most of southeast Seattle). The resolution, which is non-binding and will not immediately put a stop to rents being due, was something her constituents have been asking for, Morales wrote on Twitter. “Just this weekend, I heard from 200+ constituents who said that a moratorium on rent and mortgage would be the only way for them to survive this crisis,” she wrote. This measure goes beyond the 60-day moratorium on residential evictions passed by the council, and Mayor Durkan’s move to end evictions of small businesses and nonprofits earlier in March.

Mayor Durkan is calling for the United States Census to be extended from the planned August 14, 2020 to September 30, 2020, arguing that the impacts of coronavirus will make it impossible to get an accurate count, according to a City press release. Forty mayors across the country co-signed a letter calling for the extension. Because of social distancing measure, the City, community organizations, and the Census Bureau have had to cancel events that would have helped with outreach. The Census count, conducted every ten years, plays a role in allocating political representation and federal benefits, as well as producing accurate demographic data.

Seattle will have a new field hospital to treat patients who do not have coronavirus, and thereby make space for hospitals to treat patients who do have coronavirus, the Seattle Times reported on March 27. The CenturyLink Field Event Center, between CenturyLink Field and T-Mobile Park, is being transformed into a field hospital with at least 150 beds by a team from the U.S. Army Corps of Engineers. Soldiers from Colorado arrived March 27 to start building the hospital. The materials will also be brought in from Colorado by truck.