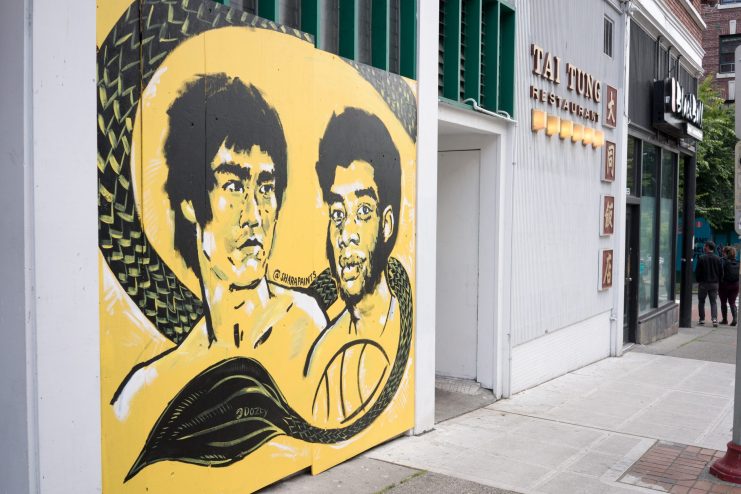 As of July 21, there are 49,247 confirmed COVID-19 cases in Washington state, including 1,468 deaths, according to the state Department of Health. In King County, there are 13,627 confirmed cases, including 638 deaths.

Tai Tung Restaurant on King Street was targeted by a series of break ins in mid-July, the first in its 85-year history, according to owner Harry Chan, Angela Toda reports in the International Examiner. The night of July 15, an intruder broke the front-door window to steal cash. The following night, someone re-entered. The third night, a caller led the police to intercept a suspect mid-break in.

Today, July 23, the Chin family and the International District Emergency Center (IDEC), will remember the life and death of Donnie Chin — but the in-person vigil of previous years will not take place due to the coronavirus pandemic. The following is a statement from the Chin family and IDEC: “This year marks the fifth anniversary of Chin’s murder; the case remains unsolved. The longer the investigation remains open, the more the community fears that justice for Donnie will never become a reality. Chin, considered by many to be a community hero, founded IDEC in 1968. IDEC grew over the years, but Donnie Chin was always its cornerstone. In a historically neglected neighborhood, Chin brought a sense of safety and stability. People were accustomed to seeing him run by in his khaki uniform and first aid kit. Chin saved hundreds of lives over his decades of service, and was usually the first person residents and business owners called when they needed help. Donnie Chin was killed suddenly in the early hours of the morning on July 23, 2015 by gunfire between two rival gangs. His death came as a shock to the community, triggering grief and anger over the City’s neglect. Due to the current pandemic, the Chin family and IDEC will not be hosting a vigil this year.”

Five years after Donnie Chin’s murder, those close to him remember his tireless work protecting people in the neighborhood and his legacy in the present. In a story published in partnership with the International Examiner and KNKX, Angela Toda speaks with Donnie’s close friend Dean Wong and many of the children who grew up around the neighborhood and spent time in Donnie’s Emergency Center learning from him, as well as members of a new night watch group that formed early this summer. The piece features photojournalism from Karen Ducey.

On an episode of Life on the Margins podcast, journalist Enrique Cerna asked Seattle Police Chief Carmen Best about the investigation into Donnie Chin’s murder. Best said it is still being investigated. “The detectives know that somebody knows what happened.” Police are working on every lead they can, Best added, and are in regular contact with Donnie’s sister Constance. She said that SPD recently solved a cold case that was over 50 years old. “We don’t give up on these cases.” This interview will be released in a forthcoming episode of Life on the Margins.

The 8th Annual AAPI Candidate forum was held virtually on Zoom yesterday, and included candidates for Washington state Legislative District 37 (which includes the CID) and Washington Congressional District 9. A Facebook livestream of the forum can be viewed here.

The Chinatown International District Business Improvement Area and Friends of Little Saigon are seeking volunteers for a neighborhood clean-up on Saturday, July 25. The supplies and list of cleaning locations with a map will be provided upon arrival, and water will be also provided. You can find more details about shifts, and sign up, here.

Uwajimaya is making some changes to its free parking program, but will continue to offer two hours free parking in the Uwajimaya Village lot for those supporting businesses in the CID. Starting Wednesday, July 15, parkers will be required to take a parking ticket upon entering the lot. Any parker staying less than 2 hours will not need a parking validation and will not be charged to exit the parking lot. Parkers will exit by inserting their parking ticket at the gate and no fee will be charged. After two hours, normal parking rates of $7.50 per hour will apply – up to a maximum of $22.50.

Councilmember Tammy Morales, who represents the CID and South Seattle, will join South Seattle Emerald Founder & Publisher, Marcus Harrison Green on July 23 for a virtual community discussion on rebalancing the 2020 City budget and preparing for a community-led 2021 budget session. Those interested can RSVP and ask a question here.

Have you seen the Wing Luke Museum’s digital exhibition for CID Love Letters? Visit www.digitalwingluke.org/cidloveletters to see community-sourced artwork in a variety of formats and media. The Wing Luke Museum put together a video about the beautiful mural on wood panels outside the museum, created by artist Moses Sun with the help of museum artists, volunteers, and staff over the course of two weeks. Learn more about Moses’s work at mosessun.studio or follow his Instagram account @moses_sun. For more information about the mural, visit https://www.wingluke.org/blm-resources.

Friends of Little Saigon (FLS) has put together a historical timeline for the neighborhood, from the escape of refugees from Vietnam in 1975 to the establishment of the Vietnamese community in Seattle and the Little Saigon neighborhood, up to 2020 and the opening of the Friends of Little Saigon Community Creative Space. The timeline is the result of research by Cara Nguyen and Becky Tran. Those interested can learn more about this history on the Wing Luke Museum’s website as well. FLS is moving into the next phase of research to further refine the timeline and develop it into a permanent exhibit at the future FLS Creative Space. This next phase of research “will help further identify individuals, communities (including other AAPIs, black and African American, and Native American communities), organizations, and businesses that contributed to the history and development of Little Saigon.”