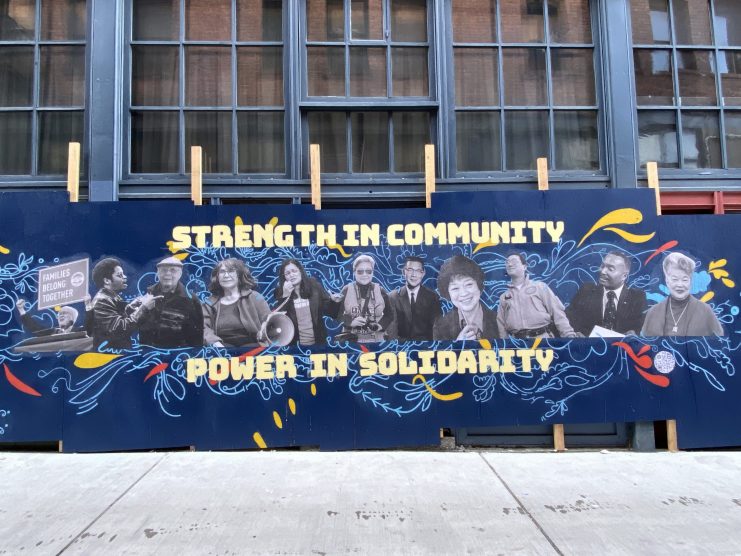 As of July 8, there are 38,581 confirmed COVID-19 cases in Washington state, including 1,409 deaths, according to the state Department of Health. In King County, there are 11,419 confirmed cases, including 632 deaths.

COVID-19 cases are on the rise, according to the King County Department of Health, The Stranger reported. Much of the increase is among people in their 20s and 30s. “The disease is as severe as ever, and the risk isn’t going away in the foreseeable future,” said King County Health Officer Dr. Jeff Duchin. The recent demonstrations against racism and police brutality did not contribute to the rise in cases, according to the available evidence, King County said.

Since the middle of June, the number of daily COVID-19 cases is greater than the virus’s peak from mid-March to April, KUOW reported. However, half as many people are going to the hospital with the virus than during the peak.

In case you missed the news or need a refresher: A two-alarm fire destroyed the Eng Suey Sun Plaza in the Chinatown International District on June 25. The fire has left tenants in limbo after major structural damage adds to an already uncertain future caused by Covid-19, Angela Toda reports in the International Examiner.

City Council passed a tax on the payroll of big businesses to pay for relief from the COVID-19 pandemic for the most vulnerable, and to later fund affordable housing and Green New Deal measures in the City, the South Seattle Emerald reported. In its first two years, the tax will borrow from City reserves (and later repay them) to invest in COVID-relief, including housing and homelessness prevention, grants to small businesses and childcare providers, financial assistance for immigrants and refugees, and emergency grocery vouchers. The tax will start generating an estimated $214.3 million per year once it fully ramps up in 2022, and while further details will be decided in future meetings starting July 15, the plan is to pay for affordable housing, Green New Deal investments, and community development projects. The tax expires in 20 years. The legislation, first introduced by Councilmember Teresa Mosqueda, replaced a larger tax introduced by Councilmembers Kshama Sawant and Tammy Morales. The tax is significantly larger than the Employee Hours Tax that City Council passed in 2018 but repealed a month later. The tax passed 7-2, a large enough margin to override a veto from Mayor Jenny Durkan.

Seven of nine Seattle City Council members have indicated support for a plan by Decriminalize Seattle and King County Equity Now to defund the police department by 50 percent, the Seattle Times reported. Council members Lisa Herbold, Dan Strauss, Andrew Lewis, Tammy Morales, Kshama Sawant, Teresa Mosqueda and M. Lorena González support this effort, while Alex Pederson and Debra Juarez have not indicated support. A majority of six is enough to override a veto by Mayor Jenny Durkan, whose office has said 50 percent is too much defunding. City Council members have not provided a detailed plan for how they will make the cuts. Decriminalize Seattle and King County Equity Now have a four-part plan for defunding, including placing 911 dispatchers outside the Police Department, increase community solutions for public safety, invest in affordable housing, and invest in a community plan to imagine alternatives to policing.

The Evergrey spoke with artist and activist Keoke Silvano, who in March put out a call for artists to paint murals on Jade Garden restaurant, which had just been vandalized. It was the beginning of an explosion in murals throughout the CID. “It became a living, breathing thing that’s been taken on by folks who organized a second wave of artists to paint murals following last month’s protests,” Silvano told The Evergrey.

The 8th Annual AAPI Candidate forum will be held virtually on Zoom this year on July 22. Please see the registration link in the FB event page to fill out in order to receive the Zoom invitation the day prior to the event. Races include the Washington Legislative District 37 (which includes the CID) and Washington Congressional District 9.

Friends of Little Saigon (FLS) has put together a historical timeline for the neighborhood, from the escape of refugees from Vietnam in 1975 to the establishment of the Vietnamese community in Seattle and the Little Saigon neighborhood, up to 2020 and the opening of the Friends of Little Saigon Community Creative Space. The timeline is the result of research by Cara Nguyen and Becky Tran. FLS is moving into the next phase of research to further refine the timeline and develop it into a permanent exhibit at the future FLS Creative Space. This next phase of research “will help further identify individuals, communities (including other AAPIs, black and African American, and Native American communities), organizations, and businesses that contributed to the history and development of Little Saigon.” FLS is looking for a writer/research intern for the next phase of research. For more information on this position, take a look at our website at https://flsseattle.org/news-events/community-opportunities/

After the tragic loss of Elizabeth Mar and her husband Robert, owners of Kona Kitchen, to coronavirus in March, the restaurants in Lynnwood and Seattle are being run by Angela Okumoto, Elizabeth and Robert’s daughter. MyNorthwest covers how the community has rallied to support the restaurant since then. Angela Okumoto hopes that for people who learn of the family tragedy, “it will hit home,” and that “maybe they will all take (the virus) seriously.”

“Where do you stand?” book ends both sides of the mural on King Street, asks the viewer to think about the history of the land Seattle stands on and the current social and political state of Seattle and United States.

We chose the color indigo for the background to symbolize connection to African and Asian Diasporas. After we completed painting the background. I drew the mural with chalk while our group of artists and volunteers traced over with latex paint markers and painted in shapes and text. We also wheat pasted a few of the many people who have stood up for the rights of Asian and African-Americans in Seattle. Lastly, we added a QR code to the 8th Street side and Canton alley sides of the mural to link to resources.

Thank you to all the staff and volunteers @winglukemuseum for coming together to make this beautiful and meaningful mural. We stand in solidarity with Black Lives Matter, community, and love. And extra love to the people living and working in Chinatown/International District for welcoming me with open arms and hearts. Your good vibes protected us and kept us going. Happy Friday!