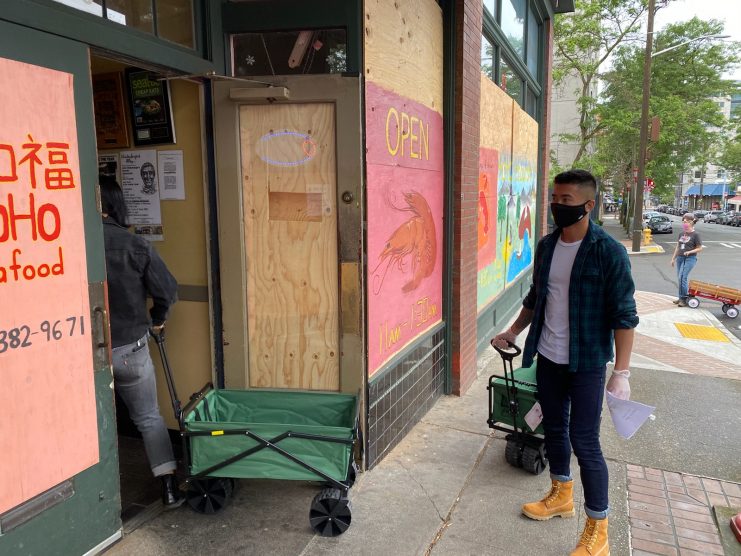 As of August 4, there are 60,084 confirmed COVID-19 cases in Washington state, including 1,624 deaths, according to the state Department of Health. In King County, there are 15,865 confirmed cases, including 659 deaths.

A new free walk-up COVID-19 testing site is opening tomorrow, August 7, at Rainier Beach High School, the South Seattle Emerald reported. Hours for the testing site are 9:30 a.m. to 5:30 p.m.  Pre-registration is recommended but not required. The site is accessible for those with disabilities.

Gov. Inslee and state health and education leaders believe it will be unsafe to re-open most schools for in-person learning in Washington due to coronavirus, the Seattle Times reported. The officials aren’t requiring schools to stay closed, but urging them to implement remote learning in high-risk areas.

Sharon Tomiko Santos and Kirsten Harris-Talley are leading their races for two seats in District 37 in early returns, the South Seattle Emerald reported. District 37 includes the CID, the Central District, Beacon Hill, Columbia City, Rainier Valley, Renton and Skyway. Santos, who has represented the district since she was elected in 1998, won 76 percent of the vote for Position 1, and will face high school teacher John Stafford in the general election. Harris-Talley, executive director of NARAL Pro-Choice Washington who served on the Seattle City Council for 51 days in 2017, earned almost 50 percent of the vote, and in November will face Chukundi Salisbury, a longtime City employee, entrepreneur and DJ. Full results here.

Have you seen the Wing Luke Museum’s digital exhibition for CID Love Letters? Visit www.digitalwingluke.org/cidloveletters to see community-sourced artwork in a variety of formats and media.