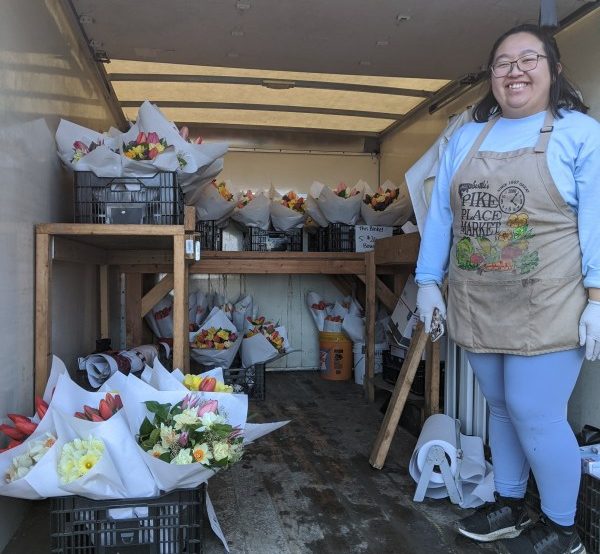 As of April 5, there are 8,384 COVID-19 cases in Washington state, and 372 confirmed deaths, according to the state Department of Health, the Seattle Times reported.

The CID Restaurants and other Small Businesses Relief Fund, managed by SCIDpda, Friends of Little Saigon and the CIDBIA has announced its first round of grants to help restaurants in the neighborhood impacted by COVID-19. The fund will pay out $1,500 to businesses that have not received the City of Seattle Small Business Stabilization Fund. The fund raised $57,558, in addition to $100,000 in seed money from Vulcan. The fund is still accepting donations, in order to pay out more grants in the future. Those interested in donating can do so in the link, or mail a check to CIDpda (SCIDpda’s 501c3 arm). Mail to:

In other CID restaurant news, Mike’s Noodle House closed in mid-March until further notice, according to a note in the restaurant’s window shared in Support the ID.

I-House Hair Salon on 12th and Jackson was broken into in late March, according to a post in Support the ID from Jefferey Vu, whose friend’s mother owns the business. King Way Hair Salon in south Seattle also suffered vandalism after it temporarily closed as a result of the ban on non-essential businesses.

Flower sellers at Pike Place Market, like Nikki Cha, have lost business after the market, and their stands, have had to close. In response, neighbors stepped in to help, the South Seattle Emerald reported. Members of the Support the ID Facebook group helped buy over $1,000 dollars worth of tulips from Cha, and Chen, an employee at the nonprofit Reboot Representation, helped coordinate the sale and pickup in Beacon Hill. Cha has since received orders from around Seattle. “Thanks to the neighborhood orders, posting on social media and receiving a lot of love from our local communities,” Cha told the Emerald, “we are happy to say we are running low of stock in tulips. By next week, we should have more.”

The Seattle Times reported on how the Chinese American community in Seattle is eager to help fight coronavirus. Members of the Seattle Chinese New Immigrants Center (SCNIC) have helped donate thousands of masks and items of personal protective equipment (PPE). Chinese community members donated $70,000 dollars to the organization in March, allowing it to buy PPE from China. “Everybody believes we are going to overcome this and they want to give donations so we can solve the problem,” said Fengxi Luan, founder of SCNIC.

The Oak Tin Family Association donated 5,000 masks to the Seattle Fire Department and Seattle Police Department (SPD), according to a tweet from SPD Chief Carmen Best.

Community health clinics, including International Community Health Services (ICHS) are facing financial and practical challenges in adapting to coronavirus, Crosscut reported. ICHS has had to furlough around 200 employees as patients have cancelled their appointments. Clinics like ICHS serve predominantly low-income patients, including many immigrants, refugees, and people with limited English language skills. As Crosscut reported, community health clinics have not been able to conduct many coronavirus tests, compared to larger facilities like the University of Washington.

The Seattle City Council will consider a tax on big businesses to pay for an emergency COVID-19 relief fund for low-income Seattleites. The City Council voted Monday to refer the legislation to the Select Budget Committee, which will consider the tax at an undetermined future date (next week at earliest). The proposal, sponsored by Councilmember Tammy Morales (District 2, including the Chinatown International District and southeast Seattle), and Kshama Sawant (District 3, central Seattle), would raise $500 million per year by taxing payroll of businesses with payroll of over $7 million per year. All nonprofits, government employers, and grocery stores would be exempt from the tax. $200 million dollars in the first year would be used to pay out $500 per month for up to 100,000 low-income Seattleites. In subsequent years, the money would be used to build affordable social housing and for a jobs program to implement measures of the Green New Deal in Seattle, such as converting housing to electric heating.

Deaths from coronavirus in Washington state, and use of hospital resources, may see a gradual decline, according to analysis from the University of Washington’s Institute for Health Metrics and Evaluation, the Seattle Times reported. According to the model, April 2 was the peak for hospital resource use in the state, and April 6 may have been the peak for deaths. The model estimates 632 people will die from coronavirus, rather than the previous model estimate of 1,400.

Washington residents are advised to wear cloth face masks outside when they can’t always stay within six feet of other people, the Department of Health is advising, following guidance from the Centers for Disease Control and Preservation. This is no substitute for staying home, hand washing, and not touching your face, according to the Department of Health. The health department has more details here.