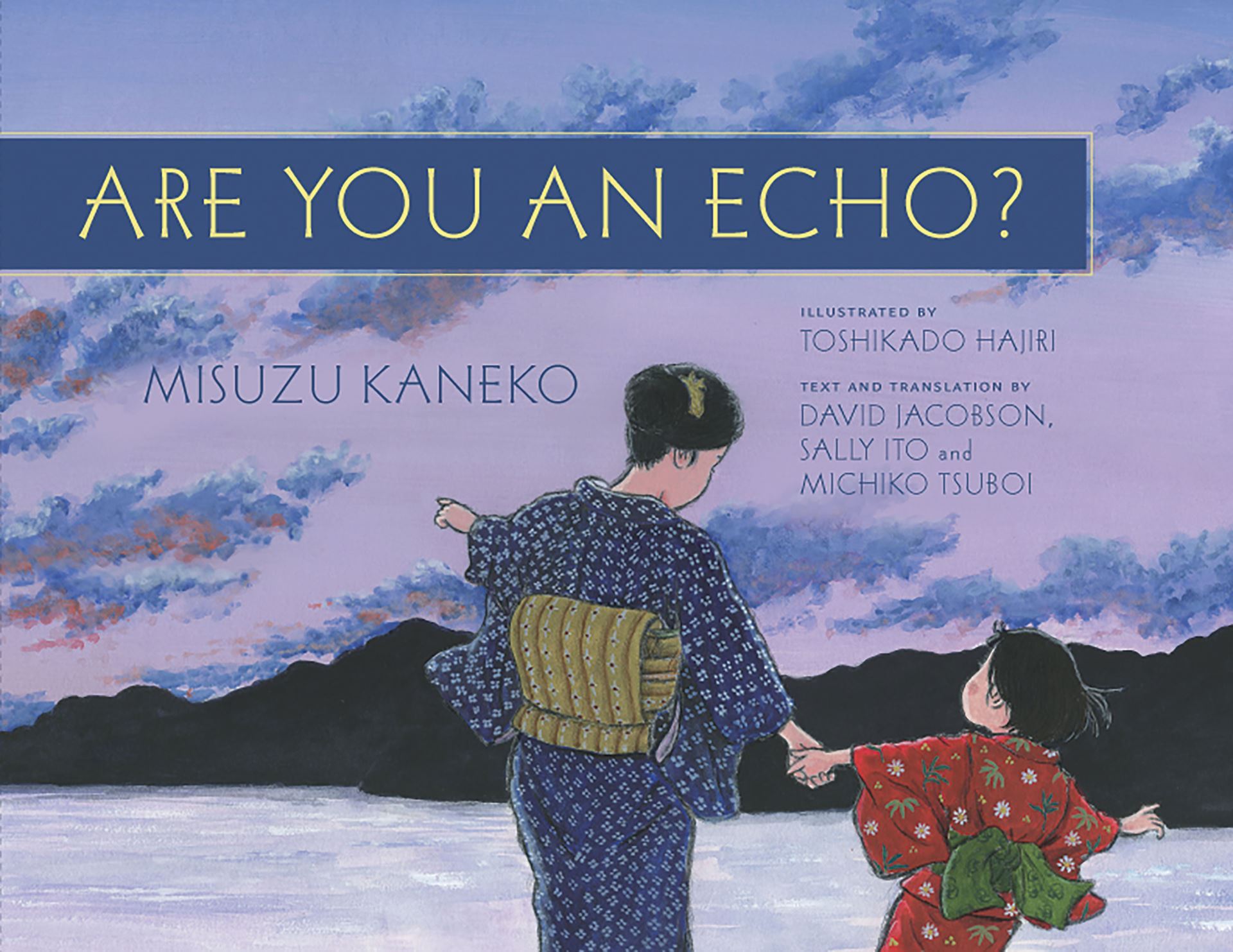 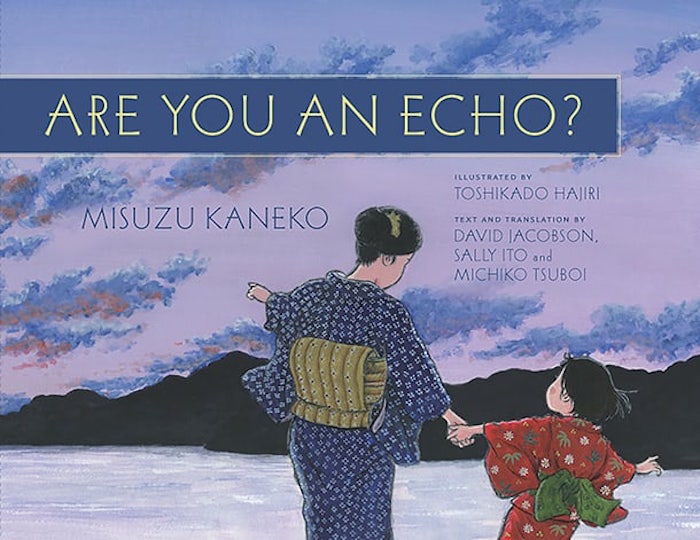 “Are you an echo?” is the haunting, provocative question posed by the title of the first children’s book to come from Seattle publisher Chin Music Press: Are You an Echo? The Lost Poetry of Misuzu Kaneko. It is also the title of a poem that helped to rally and inspire the Japanese people after the tsunami of 2011 claimed many lives, demolished homes, and left wreckage in its wake. Broadcast as a public service announcement, these words moved hundreds of thousands of volunteers to join in rebuilding the devastated regions of their country.

The poem was written by a young woman almost a hundred years earlier, a woman whose brief life lasted for only 26 years but who left a lasting legacy of 512 poems. Born on Japan’s seacoast, Misuzu Kaneko was the daughter of a single mother, a girl who was brought up within a bookstore, and whose life was filled with words and images. By the time she was 20, Misuzu was a published and popular poet. She continued to write even after she was drawn into an unhappy marriage and became the mother of a cherished daughter. Long after her tragic and untimely death, in 1982 her poetry was published in six volumes and is included in the curriculum taught to students in Japanese primary schools.

Misuzu’s poems are reminiscent of both Basho and Emily Dickinson, while having a vivid and humorous flavor that is distinct and original. Their simplicity captures and celebrates the world of childhood, while their underlying wisdom and precise imagery issues a clear and irresistible call to adult readers. Are You an Echo? provides a generous sampling of these poems, both in English and in Japanese, accompanied by soft and tender illustrations that intertwine seamlessly with Misuzu’s words.

Author David Jacobson was “thoroughly charmed” when he first encountered Misuzu’s poems and he has woven them into the story of her life in a way that is both captivating and revealing. In his skillful hands, Misuzu’s brief existence of art, fame, unhappiness, debilitating illness, and suicide takes on the beauty of a fable or a fairy tale, a story that children will easily understand and will not forget.

Are You an Echo? Is an unusual achievement, a labor of love that has emerged from four separate talents in three different countries. In the United States, Jacobson, a man fluent in Japanese, first read these poems in their original language when a Japanese friend gave him a volume of Misuzu’s work. Struck by their clarity and beauty, he wanted to make them available in English, along with a brief story of the poet’s life that would be suitable for children. Jacobson has had a long association with publisher Bruce Rutledge of Chin Music Press, who agreed to work with him on a picture book that would combine a collection of Misuzu’s poetry with the story of her life and work.

Jacobson’s research for his book was both scholarly and rigorous, leading him to read two Japanese biographies of Misuzu’s life as well as all of her poetry. Despite his competency in the Japanese language, he believed the poems deserved “a literary translator, particularly one adept in poetry.” In his search, he found two translators who were already deeply immersed in the life and work of Misuzu Kaneko.

Canadian poet Sally Ito and her aunt, Michiko Tsuboi, a translator living in Japan, had been working collaboratively on bringing Misuzu’s poems to English for more than a year before they were asked to work with Jacobson and Chin Music Press. “We felt called, in a way, to be a team in bringing Misuzu’s poetry and spirit to life in English,” Ito explained, adding that it was emotionally wrenching for both women, each of them a mother, “to grapple with the fact of a mother committing suicide to ostensibly ‘save’ her daughter,” as Misuzu had felt compelled to do. Working across continents and time zones, Ito and Tsuboi sent emails back and forth in their commitment to bring Misuzu’s “depth and compassion” to another language and a new audience.

Their translations and Jacobson’s story have been wonderfully illuminated by the paintings of a 35-year-old Japanese artist, Toshikado Hajiri. Working with pencil and acrylics, Hajiri moves from the delicate pastel shades of a mother and child at sunset to the soft darkness of a star-filled sky, from the flames consuming a tsunami-ravaged village to the weary figure of a woman writing her last words beneath the radiance of one small lamp and a single white butterfly. The loveliness and sensitivity of his illustrations, blending masterfully with the text, put Are You an Echo? on lists of possible Caldecott nominees weeks before the book ever hit bookstore shelves.

“Are you just an echo? No, you are everyone,” Misuzu tells us in the poem that gave the title to Are You an Echo? And everyone is exactly who will love this book, “this unconventional “mash-up’ of biography and poetry,” as Jacobson describes it, served up with the elegance and craftsmanship that is the trademark of any book that comes from Chin Music Press.