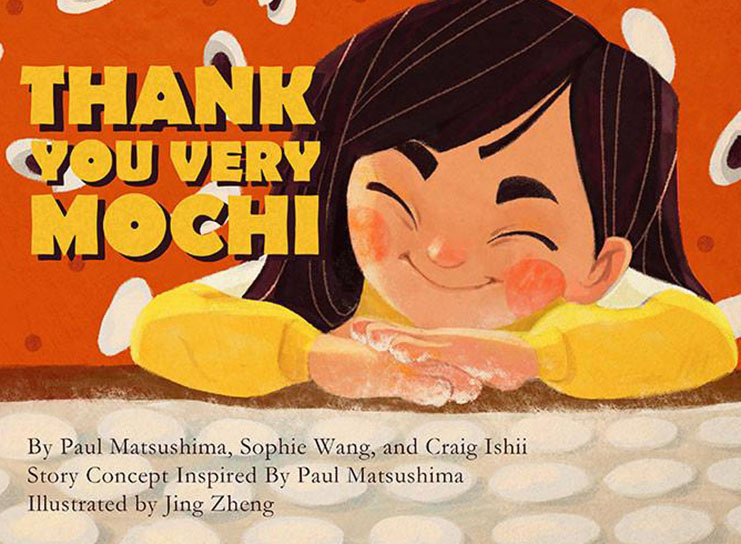 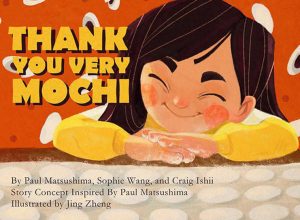 Produced by Kizuna, a Los Angeles Japanese American community organization, Thank You Very Mochi invites us to New Year’s celebrations with young Kimi and her family. Kimi is especially excited to make mochi at her grandparents’ house, and dismayed when the mochi-making machine breaks just as they arrive. But Grandpa rallies the whole family to pound the rice the old-fashioned way, reminding us that it’s not the tools that matter, but the teamwork. Alongside incorporated Japanese vocabulary, Zheng’s illustrations inform readers that Kimi’s Grandpa learned to make mochi as a child in an internment camp, reinforcing a deep pride in their traditions for young Japanese Americans. 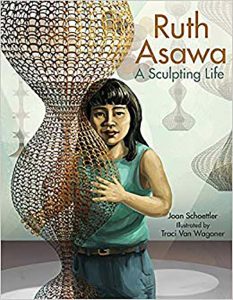 Schoettler and Van Wagoner present a straightforward biography of Aiko Asawa, known as Ruth, who overcame great adversity on her way to becoming a successful artist. Raised on a Southern California farm, Asawa spent the last part of her childhood in internment camps and was never able to complete her college diploma. Despite her setbacks, racial and gendered criticisms, and raising six children along the way, she became an award-winning sculptor and founded the Ruth Asawa San Francisco School of Art. The book provides thoughtful details about Asawa’s life and influences, from Japanese calligraphy to Mexican basket weaving to the natural world. 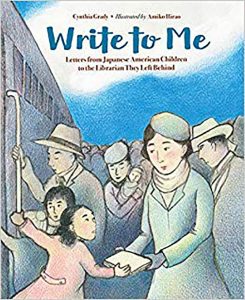 Write to Me: Letters from Japanese American Children to the Librarian They Left Behind
By Cynthia Grady, illustrated by Amiko Hirao

Clara Breed was a children’s librarian in San Diego in 1942 when the Japanese American members of her community were ordered to move to incarceration camps. Grady and Hirao tell the story of her dedication to the children she knew who were sent away, including poignant excerpts from postcards they exchanged. Breed visited and corresponded with Japanese American children throughout the war, sending books and care packages and writing letters and articles about the injustice of interment as she received word about living conditions in the camps. Write to Me conveys a taste of the difficulty endured by those children during those years with great warmth and hope. 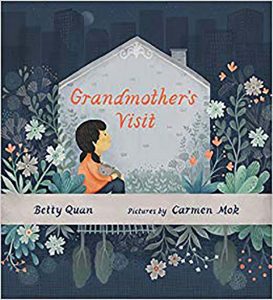 In Grandmother’s Visit, young Grace reflects on her grandmother’s stories and lessons during a difficult time. We are introduced to Grandmother just before she passes away, through Grace’s memories of ordinary days spent with her walking to and from school, preparing food, and talking about her childhood in China together. Even as Grandmother becomes weaker and more forgetful, Grace takes her words and traditions to heart. Quan and Mok’s book takes the story of the loss of a loved one at a quiet pace, with an emphasis on savoring the daily tasks of a simple life.