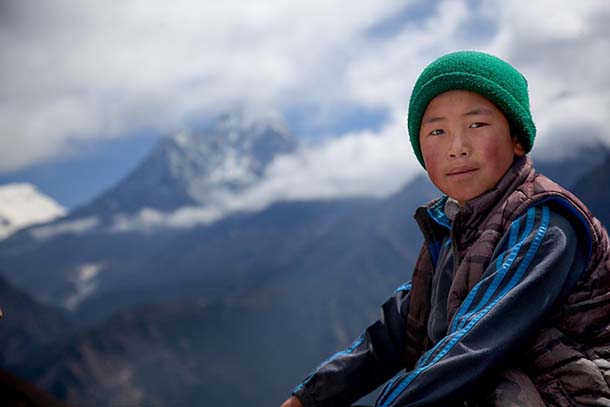 Whether you have kids or you’re just a kid at heart, the annual Children’s Film Festival Seattle offers a slate of diverse movies for everyone’s enjoyment. Below are some from Asia that will bring out the kid in anyone.

If live-action shorts float your boat, check out:

Five Rupees – Hailing from India, this heartfelt tale about seven-year-old Hamid is genuinely touching. Living with his doting grandmother in a small mountain village, Hamid is a ball of energy frolicking with his friends while wearing an infectious smile. Even as his classmates tease him mercilessly, Hamid shrugs them off with his positive outlook on life. Instead of giving in to the bullying boys, he heads off to fields of fragrant flowers to listen to the cheerful chirping of forest birds. But there’s a dark secret about Hamid’s parents that his grandmother shelters him from, and the boy believes they will return home someday. Meanwhile, it’s almost time for the Eid festival, an important Muslim celebration. Yearning to tag along with his playmates to the fair, Hamid is acutely aware of his grandmother’s meager financial status. Beautifully photographed scenes include twirling dervishes and an old-fashioned ferris wheel that rotates when a worker walks on its axle. As Hamid, actor Yohan Panjuani is authentic and charming, skipping and prancing with a look of perpetual excitement on his face. (Hindi with English subtitles. Director Piyush Panjuani, whose nephew so effectively plays the lead role, will be in attendance at this North American premiere.)

Tsering on Top of the World – There’s nothing more that Tsering wants than to emulate his brave father in climbing the highest peaks of the Himalayas. In his Nepal village, the 11-year-old is up at dawn to make tea and breakfast before setting out to draw water for his family. It’s two hours roundtrip to the market and, of course, he walks the entire way. Forced into assuming additional responsibilities ever since his father was injured, Tsering also cares for his little sister while his mother is confined at a Kathmandu hospital. Warning his son that following in his footsteps is too dangerous, Tsering’s father forbids the boy to climb. Yet, Tsering never gives up his desire to scale the mighty Sagarmatha (Everest) someday. Sublime music accompanies this narrative that resembles a documentary. (Nepali with English subtitles.)

The Autograph – 10-year-old Shaunak (Vedant Dattani) runs into his favorite celebrity at the mall and can’t believe his luck when the star autographs his hand. Refusing to wash his hand, Shaunak devises ways to preserve the autograph much to the chagrin of his parents, his schoolmates, and his community. Before long, Shaunak learns that not practicing good hygiene leads to dire consequences. (English and Hindi with English subtitles.)

Cup of Tea – Standing in the still beauty of a lush forest, a photographer lays down her bag and, in the blink of an eye, a local boy snatches it. She pursues him only to be led through a village filled with questioning faces of every age. Puzzled, the photographer wonders why a child would steal from her. But, it turns out, he only wanted to invite her to tea. So many important messages are conveyed in this nonverbal film from India.

If your preference is for animation, the following selections are worth watching:

The Old Man and The Pears – With its sepia-toned characters and production design, this haunting tale from director Sun Jing uses minimal movement but powerful gestures. An old man wanders into a marketplace, but has no money to buy a pear from the greedy merchant who shoves him to the ground. When a little boy attempts to buy a pear for the old man, the mean merchant vindictively raises his price. What happens next is truly magical as the entire village participates in a lesson about justice. Although it’s nonverbal, this China-U.S. co-production features beautiful sound design.

Fluffy Hour – PuiPui & MuuMuu – This animated stop motion from Japan features characters made of fluffy felt. Looking like the colorfully textured cereal called Trix, flowers, forest foliage and even coin purses interact with the two fairies, PuiPui and MuuMuu. Even though this film is nonverbal, the sounds of cooing flowers and the giggling fairies are downright cute.

Konigiri-kun: Music Box – Onigiri is a Japanese snack made of cooked white rice usually hand-shaped into a triangle, even though they’re referred to as rice balls. Most times, a salted pickled plum (umeboshi) is inserted into its center. In this short animation, an onigiri wrapped in nori places black sesame seeds (goma) on his head for hair before grabbing ume that electrifies him. Soon, he’s making friends with a broccoli sprout and a croquette as they try to create a music box with corn cobs, kernels and other veggies. Although it features music, this is another nonverbal short. Director Mari Miyazawa is known for using bento (lunchbox) items in her animation.

Pythagoraswitch: The Marble Brothers’ Great Adventure – Credited as a Japan and Euphrates (the longest river in Western Asia) co-production, this film is about three brothers who are marbles. Finding themselves trapped by the Black Ball Army, they escape via a “Rube Goldberg machine”, a contraption that’s set up with a series of intricately linked devices creating a domino effect when one device falls into the next. (Japanese with English subtitles.)

This year’s Children’s Film Festival Seattle will feature 168 films from 55 countries with Hayao Miyazaki’s classic 1986 animation, Castle in the Sky, as its Opening Night feature. Special events include an opening night costume contest, a pancake breakfast, free workshops for the kids and an awards ceremony. Most movies are appropriate for kids age 2 to fourteen years old, and of course for adult kids, too.

Children’s Film Festival Seattle runs from 1/25-2/10 at the NW Film Forum. Opening night, is Thursday, 1/25, at the Egyptian Theater.