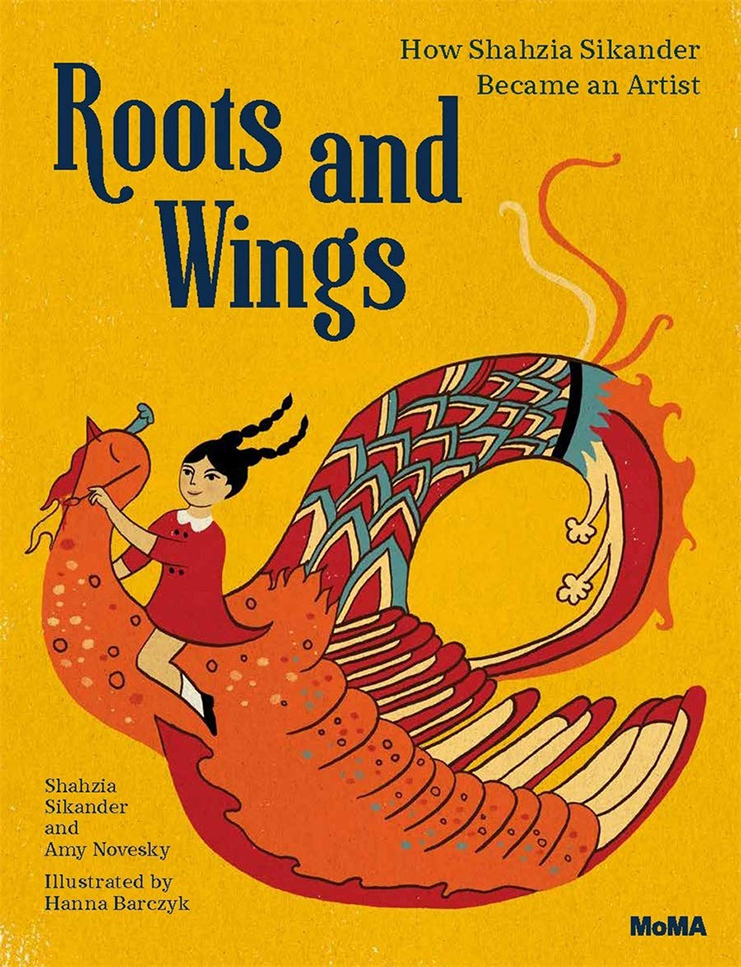 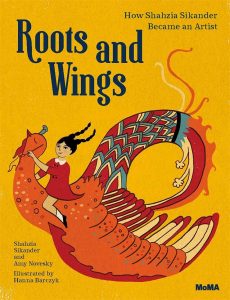 In the book, the artist shares deeply personal vignettes of her life that are mapped out as a painting, as we move from room to room, page to page, from Pakistan to Europe to the United States, where the lines of East and West intersect and integrate, but the roots run deep and hold strong.

The visual imagery is vivid and lyrical. “Lahore, the city I live in, is rich with color and scent. Hibiscus rose, car exhaust. Men sell bright-orange sweet jalebi and fragrant strings of jasmine on the street.” The book transports the reader to the colors, the sights, sounds, and smells of a bustling market in the sub-continent.

The artist’s imagination and art allow her to traverse time and space, free of borders and boundaries, enabling her the freedom to go to unseen places – both in the literal and metaphorical sense, her “ticket to new worlds,” from the walls of her home in Pakistan to the museums and galleries in the USA.

Hanna Barczyk’s precise illustrations are an acknowledgement of Shahzia’s artistic lineage (she was trained at the National College of Arts in Lahore, Pakistan in the traditional discipline of Indo-Persian miniature painting) and are on point. Barczyk’s skill is clearly seen in the jewel tone palette, the layering of architectural (interior/exterior) and pictorial space, and the highly detailed decorative renderings of flowers and patterns.

On a deeper, more introspective level, the book also alludes to the struggles of the immigrant, straddling two worlds, trying to fit into their adopted land but often inhabiting that nebulous Insider/Outsider space.

Roots and Wings illustrates two important points – that there is no limit to one’s dreams, aspirations and desires, and that representation matters. Young brown and black girls will know that they are seen, they are heard, and that they are valued.

Roots and Wings concludes with a curated selection of Shahzia’s paintings, laid out like an exhibit at a gallery, allowing the reader a glimpse into her work, and a glossary, a useful resource for further information on unfamiliar terms.

This hardcover book (40 pages) is published by MOMA, and while it is categorized as a children’s book for ages 4-8, it will delight and appeal young adult readers too for its charming illustrations, accessible language, and introducing artists and art forms of different cultures.