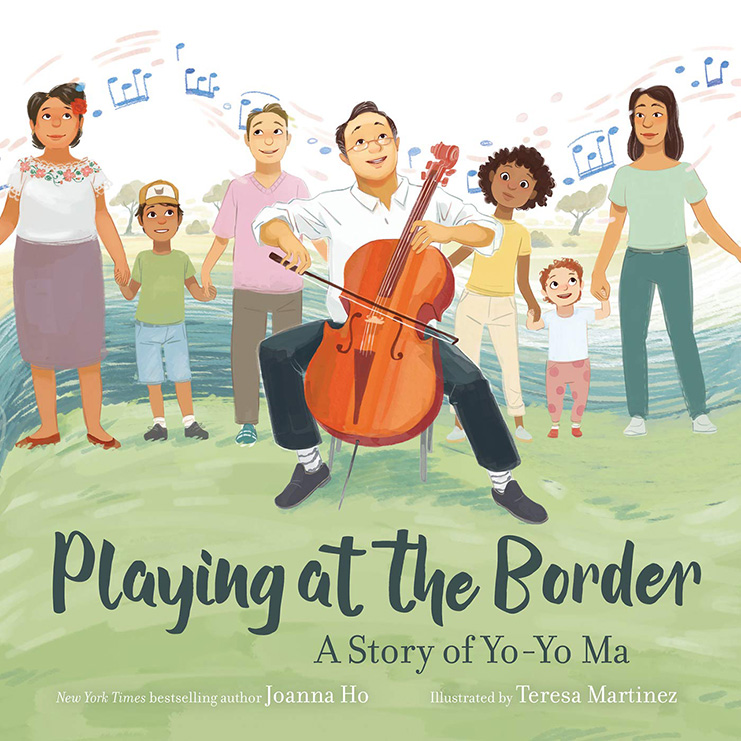 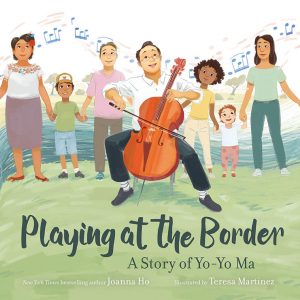 Yo Yo Ma is arguably the most famous cellist in the world and a wonderful role model. He says he is first a human being, second a musician, and third a cellist.

Ma was born in France, and later his family migrated to the United States when he was as a young child. His parents were originally from China. As an immigrant himself, Ma believes in building bridges among people from all over the world. He is a peace maker and was appointed a United Nations Ambassador for Peace in 2006.

Music has provided many opportunities for Ma, and he has used these opportunities to build peace around the world. The picture book, Playing at the Border: A Story of Yo-Yo Ma is about his efforts to bring music and conversations to people from different cultures, different languages, and different countries. He believes we should listen more to each other.

Playing at the Border: A Story of Yo-Yo Ma tells how Ma played his cello on the riverbanks of Texas where his music floated across the water to the people of Mexico as an event in his Bach Project. In the Bach Project, Ma plays suites by Bach, which are songs the German composer created several hundred years ago. Ma used Bach’s music to create bridges between the children and adults in United States and Mexico and in other nations too. Ma believes music is an international language that has no borders.

Ma celebrates the cultures of many different peoples and explains how his cello named Petunia reflects his beliefs in how all of us can build trust and peace across national boundaries and work together. Petunia is made from materials from around the world and produces beautiful music. The cello was created by Domenico Montagnana, a master instrument maker, in Italy. The wood from Ma’s bow comes from Brazil. The hair on the bow comes from a horse’s tail in Mongolia. The frog which is used to tighten the hair on the bow is made from West African wood. The colors of red and yellow of the cello come from Indonesia and India.

When Yo Yo Ma was young, he was a child prodigy. He played his cello for President John F. Kennedy at the Kennedy Center at age seven with his sister, Yeou-Cheng Ma, who was 11 years old and accompanied him on the piano.

This book only tells a small, small part of Ma’s life. Your children will benefit from knowing Ma as a person who uses his cello to send out his voice to people all over the Earth. Ma is someone who sees his purpose as building bridges among countries and cultures.

Ma is a person of great wisdom and empathy for others and is a messenger of peace.