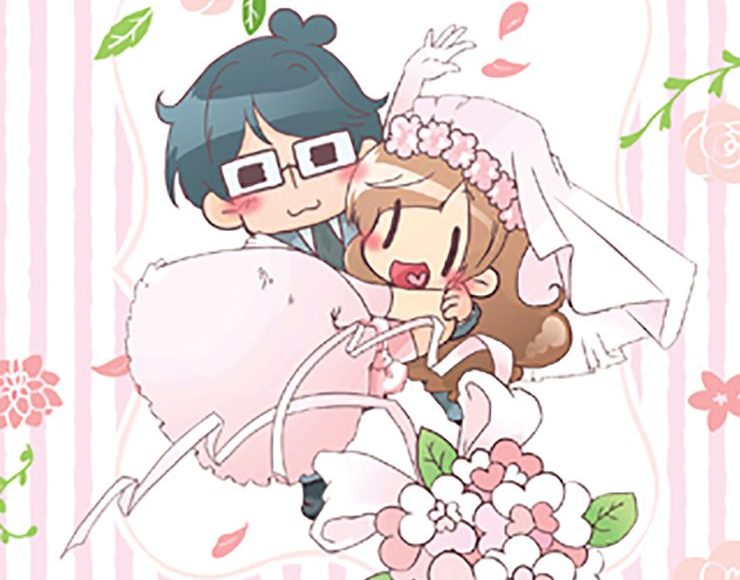 The Japanese government passed a law in 2003 that allowed transgender people to legally change their sex on their official record (family registry), which subsequently affects their official forms of identification such as their driver’s license and passport. This law is simply referred to as Law 111 or the Gender Identity Disorder Act. The acceptance of this law was groundbreaking because it officially acknowledged the existence of transgender people in Japan’s conservative society. 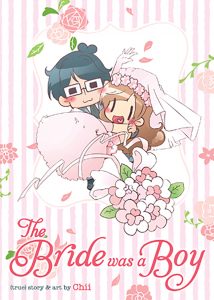 It is through this law that Chii, a Japanese transgender woman, was able to change her sex on her family registry. Through her book Hanayome Wa Motodanshi or The Bride was a Boy, she chronicles her journey of self-discovery, love, physical transformation and marriage in nine chapters. Although the book initially seems to be a graphic memoir, Chii sets out to educate and inform readers who want to know more about LGBTQ issues, particularly pertaining to the transgender community in Japan.

Between each chapter, she addresses misconceptions people often have about transgender people such as, “You understand how a man and a woman feels (sic)!” And, “It’s the same thing as being gay, right?” She also explains terminology and concepts such as LGBTQ, gender identity disorder (i.e. gender dysphoria) and sex reassignment surgery.

Although the story takes place in Japan, American readers can learn a lot from Chii’s experience as she grows up, comes to terms with her gender identity, comes out to her family and finds love.

This book is also perfect for people who are more interested in Japanese culture and are curious about how its conservative society perceives transgender people.

As readers follow Chii through her journey, it becomes clear that the process of getting one’s gender legally changed is a long and arduous process that brings its own complications. While it has paved a new life for some, it has created complications for others because transgender people need to fulfill certain conditions, some of them requiring big life changes. According to the law, one must at least be 20 years old, unmarried, have no minors as children, and undergo sex reassignment surgery, which would effectively make the individual sterile.

In some ways, these stipulations can be seen as a series of roadblocks to prevent people from officially changing their sex. The process cannot start without a diagnosis from a doctor of gender identity disorder, which is a terminology that has not been in use internationally since it was removed from the American Psychiatric Association’s “The Diagnostic and Statistical Manual of Mental Disorders” in 2012. For some, it is difficult to even find a doctor they can see if they live in a rural area or a doctor that would agree to see them, especially if they have already undergone a physical gender transition such as surgery or hormone therapy. Without a doctor’s diagnosis, it is impossible to begin the process.

The law’s conditions are hardest to fulfill for people who are already married. For these people, a divorce would be required before starting the process. For some, this is not in their best interest, and if the couple wanted to get married again after the whole process was completed, this would be impossible since same-sex marriage is illegal. Because of this, some people forgo officially transitioning. For transgender people who have children, they must either wait until their child is no longer a minor or until their child dies before coming of age.

The sex reassignment surgery is the biggest complication of all since it is not covered by health insurance and is not affordable for everyone. Some don’t want to have the invasive procedure and others want to keep the option of having children open. In January, a transgender male by the name of Takakito Usui challenged the law and appealed to the Supreme Court to allow him to transition on paper without the surgery, citing it as a violation of his right to self-determination.

Although he lost the appeal, two of the justices conceded that changes in society might question the surgery’s legality further in the future, bringing higher likelihood of change.

Despite its difficulties, Law 111 has allowed transgenders to gradually become more accepted into Japanese society. Since January, there have been more than 7,800 known cases of gender changes recorded.

The Bride was a Boy

While reading Chii’s story, I couldn’t help but marvel at her family’s and future husband’s reception to her identity. Her family seemed to have suspected her queerness, so it was not a surprise for them. When she came out to her future husband, he was surprised but unfazed by the fact that he was dating someone who was legally and physically a man.

Although she was shocked by his response, all he was concerned about was whether she wanted to continue dating him or not. He didn’t even care about the prospect of getting married or having children. When she asked him about his thoughts on her getting sex reassignment surgery, he responded, “With or without surgery, I love you…!”

When Chii was growing up, she thought she was a girl until she was in the third grade, when a group of girls she wanted to play with told her, “You’re a boy, you know, so go play with the other boys!” This was a shocking revelation to her, and although she tried to live out her life as a man when she started working, the hatred and discomfort she felt physically toward her own body convinced her to try living life as a woman.

It was after she made a societal gender transition (outwardly looking like a female) that she met her future husband through a gathering with friends.
Chii’s explanation of the transitioning experience is informative and perhaps all the more interesting because it is addressing the laws of another country.

For young adults struggling with their sexuality, this book could possibly help them understand themselves better and alleviate feelings of isolation, despair and confusion. Chii’s heartwarming and funny story has the potential to bring hope to young (and older) people of all types while educating them at the same time.