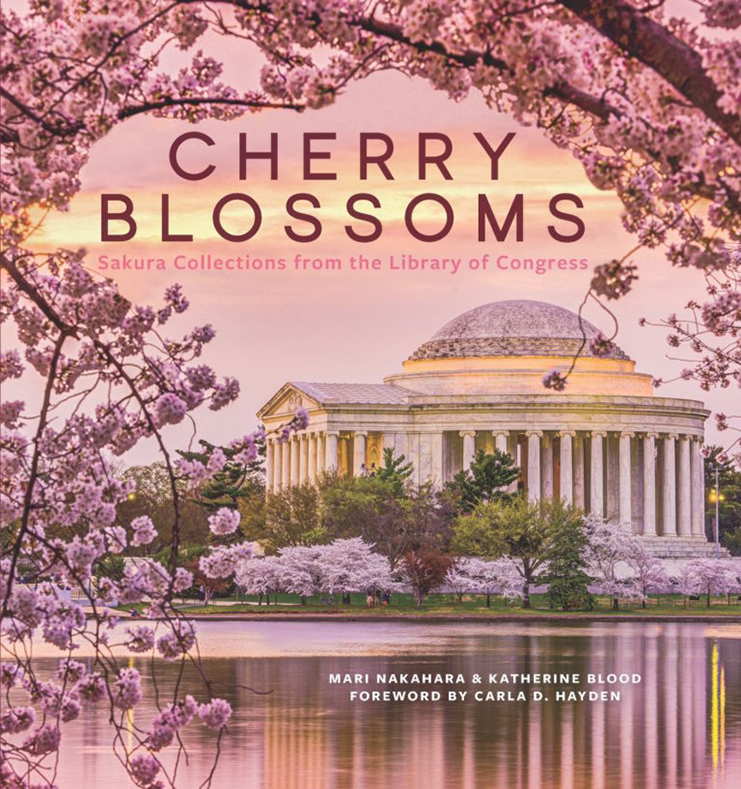 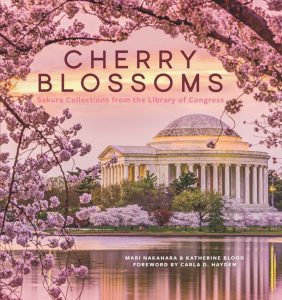 For over a century, thousands of cherry trees have graced the Tidal Basin in Washington D.C. and heralded spring in a specular display that is a true wonder of the world. The trees explode with a wild ferocity that is as grand as it is brief, offering a peaceful haven of white and pink lightness just a stone’s throw away from the nation’s capital’s normal bustle.

Cherry Blossoms: Sakura Collections from the Library of Congress celebrates this annual bloom and the centennial of Japan’s gift of the original cherry trees (“sakura”) to the United States in 1912, but not in the way one might expect.

Instead of trying to conjure up the experience of the spring ritual under the trees with glossy photographs in coffee-table-book grandeur, this modest and diminutive book focuses on the way poets, artists, botanists and everyday people have related to cherry blossoms and its legacy in America for a century, and in Japan for even longer. It tells as much of a human story as a botanical one.

Cherry Blossoms is the offspring of a centennial gallery display from 2012 at the Library of Congress. Since then, more illustrations have been added to the present book, which is not a catalog of that exhibition, but rather an introduction and overview of Washington DC’s cherry blossom heritage.

Drawing on the deep material and intellectual resources of the Library of Congress, authors Mari Nakahara and Katherine Blood have crafted succinct essays and selected a myriad of images from those resources into a coherent, but almost too brief, 100-page book.

The written text reveals details of the origin of Washington’s trees, which were a gift partly intended to smooth out growing tensions that emerged after President Theodore Roosevelt’s 1905 mediation work in the Russo-Japanese War. In a book whose purpose was historic overview, the inclusion of such small details is impressive, though other details had to be omitted.

The story continues with not commonly known aspects of Tokyo’s 1912 gift of thousands of trees to Washington DC and other major American cities. Those trees in the national capital thrived and soon attracted scores of visitors within just a few years. Their spring showcase became an American institution and spawned an annual celebration that continues to today.

A large portion of the book is devoted to the importance of cherry blossoms to the people of Japan and to Japanese culture. Although such attention to the Japanese influence and to its art might first appear outsized for such a lightweight folio, these sections contribute tremendous value. The Japanese artwork selections in particular have a lovely beauty and provide an important context to understand the human connection with the blossoms through the ages and how that legacy still remains intact in the United States.

More than the text, the book’s illustrations carry the weight of the storytelling and could largely accomplish this task even without the essays, making the book appropriate and entertaining for anyone, including families with children.

A myriad of historic and modern photographs, Japanese woodblock prints, maps, Washington Cherry Blossom Festival poster reproductions, and other illustrations fill the book’s pages. The multitude and variety of these, along with their rarity and quality, make the book seem longer than it actually is. The historic photographs are especially interesting, showing everything from a simpler and less populated Washington DC, to people indulging in the beauty of the blossoms from both sides of the Pacific.

The rarity of some of the images cannot be overstated. For instance, the 1921 Japanese botanical illustrations, representing the dozen types of cherry blossom trees in the 1912 gift, are as beautiful as they are revealing of science, diplomacy, and culture. In another instance, an informal photo of Japanese ambassador Hiroshi Saito and his family among the trees and another photo of his two young daughters being Cherry Blossom Festival Royalty from the 1930s convey a sense of shared humanity when diplomatic formality and growing international tensions prevailed.

As good as the curation of images is, Cherry Blossoms is a book that will frustrate some book enthusiasts, especially art lovers, due to the book’s limitations imposed by size and length. In order to document a century of cherry blossoms in Washington DC in fewer than a hundred pages, certain compromises had to be made in the telling and illustrating. The small 8×8-inch square page format limits the maximum size of images, especially for rectangular formatted ones. Some pages have multiple images and the unfortunate result is that many images are only smart-phone size or slightly larger.

Cherry Blossoms: Sakura Collections from the Library of Congress is best enjoyed for what exactly it is – a compact, very reasonably-priced, attractive and enticing introduction to the Sakura experience and legacy for a general audience, especially for families and foreign visitors to the nation’s capital. The ephemeral experience of Washington DC’s spring bloom now has a longer lasting and tangible form that has inspired poets to sing, painters to explore, photographers to obsess about, and for all to enjoy.