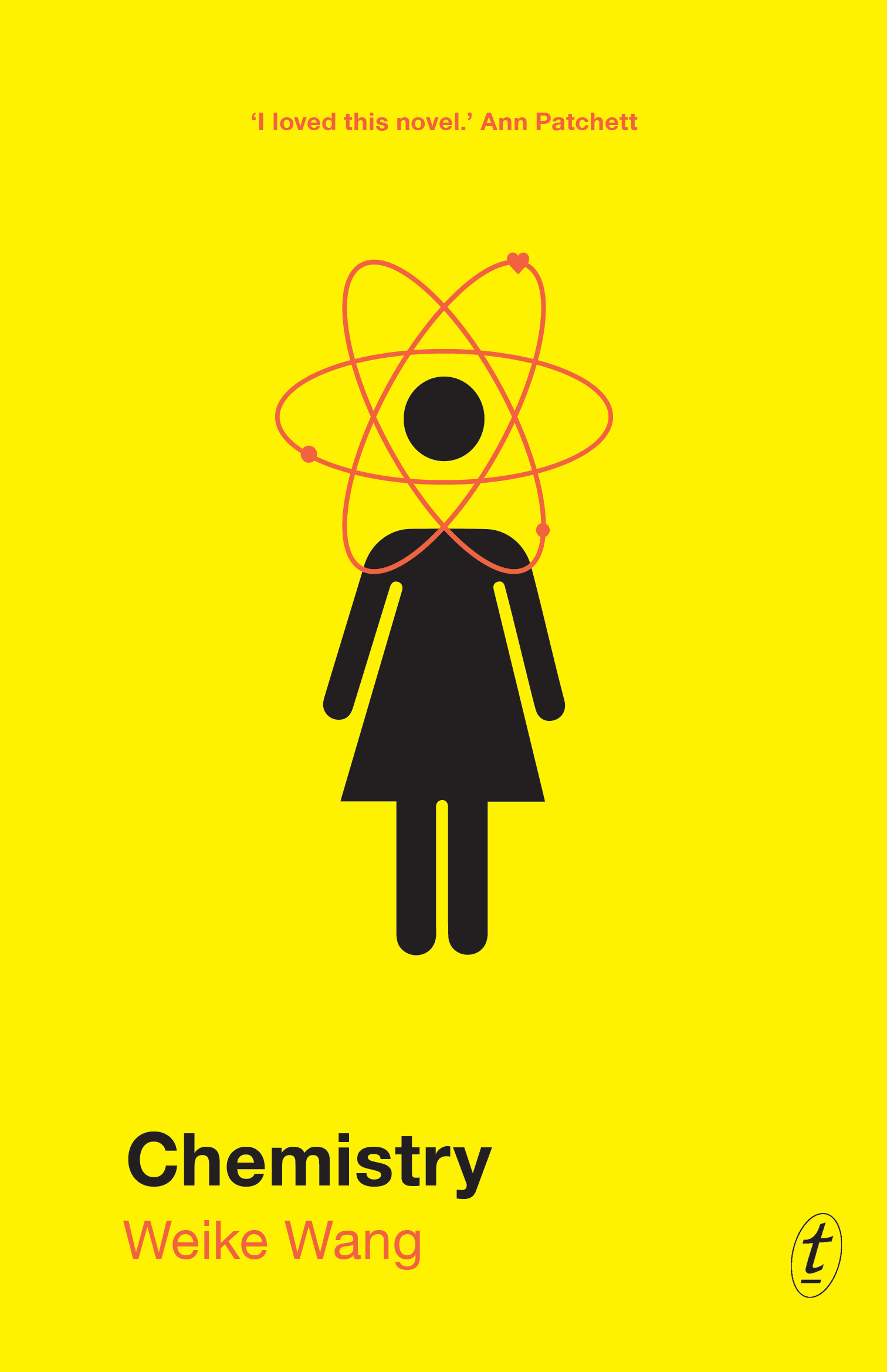 In Chemistry, Weike Wang’s debut novel about a graduate student in Boston who is failing to thrive in her chemistry PhD program and in love, the first-person narrator is arguably both smart and dumb.  She is smart about science, but also so emotionally choked up that she is nearly mute.

The child of Chinese immigrants, she is struggling with identity issues – as a Chinese child, as an American, as a young woman, as a woman in science.  She reveals her quandaries in simple sentences, minimalist scenes and paragraphs and a mordant pessimism. She is clearly devoted to scientific truths and beauties, which she tries to rely on to affirm what is knowable, if not her own self in the world.

While the unnamed narrator is watching herself stall out in her studies, her lab mate is publishing papers. Her white boyfriend, Eric, has graduated from the same program and is applying for tenure-track jobs elsewhere. All at once, her future in chemistry and her life with Eric come into question, and she has to decide what to do.

Eric’s marriage proposal sets things in motion: “The boy asks the girl a question. It is a question of marriage,” he says. “Ask me again tomorrow,” she says. “That’s not how this works,” he says.

Instead of responding to the proposal in an emotional way, the narrator thinks, “Diamond is no longer the hardest mineral known to man. New Scientist reports that lonsdaleite is. Lonsdaleite is 58 percent harder than diamond and forms only when meteorites smash themselves into Earth.”

Her characteristic shift to data sets up the comedic but deeply anguished tension between the scientific certainties she knows and the difficulties she has with personal “chemistry.”

Wang has created a narrator whose indirect style is the only evidence we have for who she is.  Her clipped sentences seem to echo social media-length communications, and she uses strange locutions like always referring to her best friend as “the best friend,” and to her lab mate as “the lab mate.” At first this was confusing, then it seemed archly funny; later it seemed part of her larger emotional disconnection.

What can be her model for a new kind of marriage, different from her parents’ marriage?  What is her identity if she is not in science and if she marries a white man?  Wang has found a stylishly sharp, elliptical way of responding to these questions and telling this fractured, anguished and sometimes funny story. By the end, her narrator is still asking questions, but is perhaps closer to self-understanding and engagement with her feelings.