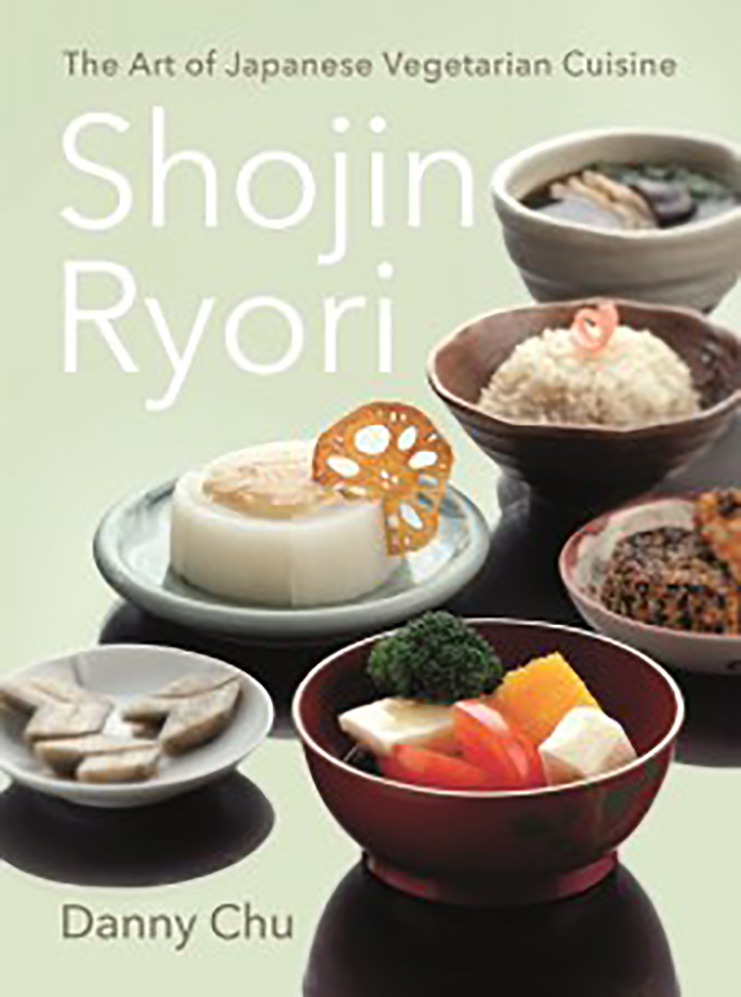 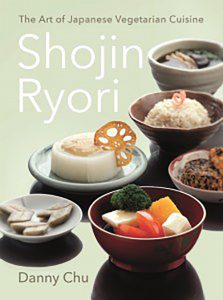 Ask any vegetarian with a taste for world cuisine, and they’ll attest to how difficult it can be to find suitable Japanese food. It’s no wonder –as one of the world’s top consumers of seafood, Japan boasts a culinary tradition that’s intimately linked with the bounty of the sea. Some of the more popular national dishes, such as sushi, sashimi and tempura, are typically made with seafood, but even seemingly innocuous foods like miso soup or noodle-dipping sauce have animal products in their ingredients.

Shojin ryori refers to Japanese vegetarian food that gained popularity in the thirteenth century with the introduction of Zen Buddhism. It derives from the fundamental Buddhist principle of not taking a life and celebrates the natural essence of basic ingredients, drawing out the full flavors of vegetables and other plant sources with a minimum of waste.

In his book, Danny Chu, owner of Singapore’s first shojin ryori restaurant, shares some of his favorite dishes, focusing on simple, satisfying meals that can be made from readily available ingredients. The recipes are straight-forward and easy to follow, allowing the home chef to embrace their own mindfulness while enjoying the creation of appetizing plant-based meals. Although shojin cooking can occasionally include dairy and eggs, Chu’s selections are entirely free from animal products, making them suitable for vegans as well as vegetarians.

Chu arranges his cookbook seasonally, featuring dishes made from fresh ingredients appropriate for each time of year. The spring menu focuses on the new crop of fruits and vegetables including fare such as braised burdock and carrot as well as daikon rolls filled with watermelon and cucumber while autumn dishes, like nagaimo croquettes and chawan mushi, accent the fall mushroom harvest. The flavors of shojin ryori are delicate but delicious, with the savor of vegetables standing out through the restrained use of seasonings. Although shojin meals are traditionally concluded with a dish of seasonal fruit, Chu includes recipes for deserts such as watermelon jelly and poached pears, which are reminiscent of the elegant confections served in Japanese tea ceremony.

Shojin Ryori is an attractively presented volume, with each of its recipes accompanied by a photograph highlighting appealing serving suggestions. Cooks new to this style of cooking will also appreciate the thorough, illustrated glossary of ingredients as well as the opening pages, which are devoted to the preparation of stocks, garnishes, and other basics of Japanese cooking. The only criticism I have is that eight of the book’s recipes are repeated twice, although I expect this small oversight will be corrected in later editions.

Danny Chu’s Shojin Ryori demonstrates that eating a healthy, ethical diet can go hand in hand with enjoying the authentic flavors of Japan. As the impact of animal agriculture on the environment and human health becomes clearer and clearer, there’s more reason than ever for people to experiment with the wealth of flavors offered by vegetarian cuisine. For any cook looking to expand their culinary horizons, Shojin Ryori is an easy recommendation.