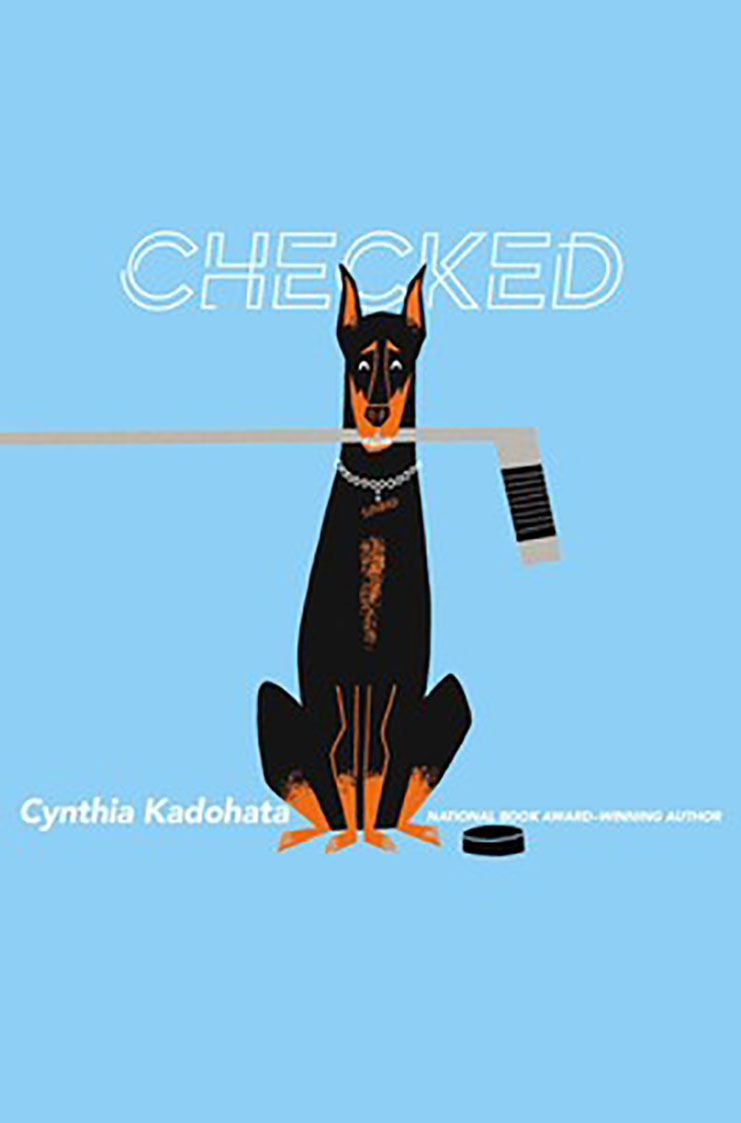 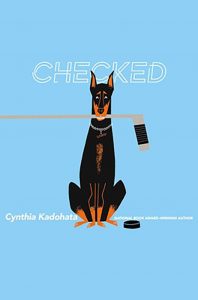 Checked, a children’s book by Cynthia Kadohata starts off hot, dropping you right into a forest fire taking over main character Conor MacRae’s neighborhood and pushing him out of his home. Here, you meet Conor’s dad, Keith. Conor admires and supports his dad unconditionally. You also meet Sinbad, Conor’s best friend and loyal K-9 companion.

Throughout Conor’s story, the reader experiences the emotional conflicts the half-Japanese 12-year old boy faces. Sinbad gets sick. Conor’s dad is crying at night for reasons Conor can only try to figure out. The reader follows Conor as he tries to get the best of both worlds, helping Sinbad heal and giving everything he can to hockey to make it to the NHL and make his dad proud.

Through the story, you learn that Conor’s mom died when he was very young, resulting in his family falling apart in different ways. Conor tries to not focus on these losses because he is able to see what he still has are all he needs; his dad, aunt, Sinbad and hockey. By the end of the story, Conor gives in and lets his mom’s parents see him, letting go of the resentment he felt when they didn’t keep in touch after their daughter was killed.

One of the biggest takeaways from Conor’s character was that he appreciated everything, from mother nature calling the shots, to the way Sinbad would somehow read his mind, to the sacrifices his dad made to raise a good kid who was able to realize his dreams in hockey.

Conor finds that through all the other responsibilities he has taken on, one of the most important is to live a happy life. He finds that living passionately and happily isn’t only a responsibility to himself, but to his family and to those he loves.

It is in these last few pages the reader can confidently feel Conor’s emotional maturity and reflect what he learned through understanding others’ pain. His selflessness and reflection on what matters most to him are reminders to any reader, of any age, that life is short and simple. Through Checked, Kadohata reminds us that love might be found through forgiveness, of others or even of ourselves.

Even though this book was written for a younger audience, taking a step back and reading with the exploration and clarity Kadohata writes with, one can separate from the busy day-to-day world and remember what it felt like to just observe and appreciate the smallest of things.