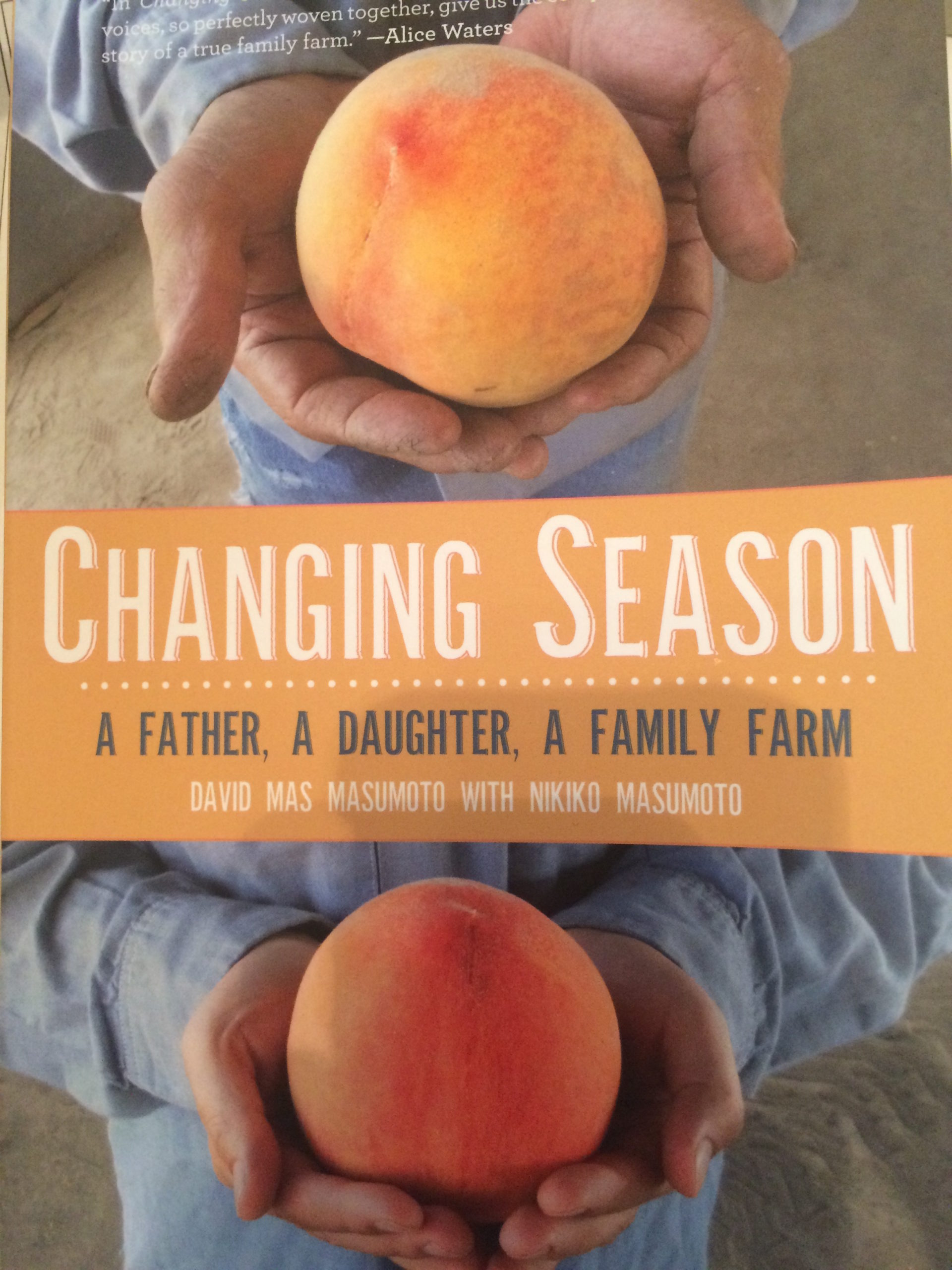 Like the returning cycles of the farming season, David Mas Masumoto (Epitaph for a Peach, Harvest Son, Wisdom of the Last Farmer) continues his written saga about farming with a story about past legacies, future dreams, and transition in Changing Seasons: A Father, A Daughter, A Family Farm. For Masumoto, it is the season to begin the process of passing on his organic farm to his daughter, Nikiko, who decidedly will have new challenges and who defines a new kind of farmer: a queer mixed-race feminist woman.

Masumoto’s essay “Epitaph for a Peach” changed the course of his life when it was published in 1987 in the Los Angeles Times, and its message reverberated into larger waves of changes and attitudes about organic farming and the near extinction of heirloom varieties.

But it was more than the message that resonated with readers—it was also the honesty of his writing style that wielded so much power to change an industry dominated by large factory farms and their industrial-produced fruit.  Unpretentious, simple, amusing, and grounded in a disarming reality, his writing found an audience as did his heirloom peaches found buyers.

The same appealing voice in earlier books remains in Changing Seasons, as does the soul of his legacy farm.  But with 40 seasons behind him and retirement far closer, Mas Masumoto contemplates his past, his changing personal world, and how the farming business is changing and will continue to change.

Part of his gift is seeing meaning in the simple, and then transforming that into words without disturbing their inherent simplicity. Masumoto sees stories and their history imprinted in everything from objects placed aside, but not discarded, such as tools and farm equipment, to things in the land itself, including the spacing of legacy grape rows and the locations of layers of soft earth bordered by immovable hardpan.  A mended shovel handle tells of past family conflict, and its honed blade has found its shape after years of practiced work.  An old “singletree,” once used to attach work animals to plows and equipment introduces a story of the change from his father’s time to the modern mechanical driven farm world.

Although nostalgia is certainly part of the book’s allure, so is its honest reality.  The harsh reality of farming and the never distant risk of absolute failure is a sobering part of Changing Seasons.  A single rainstorm can be catastrophic, if it occurs during the three-week window while grapes rest on paper in the drying sun awaiting the transformation into raisins.  The chance of failure due to so many things beyond control makes it unimaginable why anyone would take on such gambles.

Nikiko’s voice inhabits the narratives often in alternating chapters, and that youthful voice and her fresh perspective perfectly weaves into the fabric with her father’s, as does her polished writing style. In learning tasks that she will have to master before she takes over completely, she sees her father do them with natural ease, not always realizing his struggles. However, her personal substance and strengths soon become apparent, and it is equally clear that they existed long before. Not being a traditional farmer, either in practice or in who she is, Nikiko is a modern trailblazer.

There is comfort in the repeating cycle of years or planting seasons.  Patterns, habits, and skills honed in repetition are a stabilizing force, and the illusion that change doesn’t exist can be intoxicating. Nevertheless, change happens, and Changing Seasons addresses the evolution in the lifecycles of the farm and their caretakers when that illusion can no longer be sustained. Advancing age, sickness, and other forces beyond the farm all can challenge even the most prepared.

Both David Mas Masumoto and Nikiko Masumoto know the value of legacy, innovation, and evolution, and they have generously shared their combined wisdom in an elegantly documented passing of the torch.  In essence, Changing Seasons shows that following one’s own path, as well as investing in things that grow and nurturing them to maturity, applies as much to farms as it does to families.