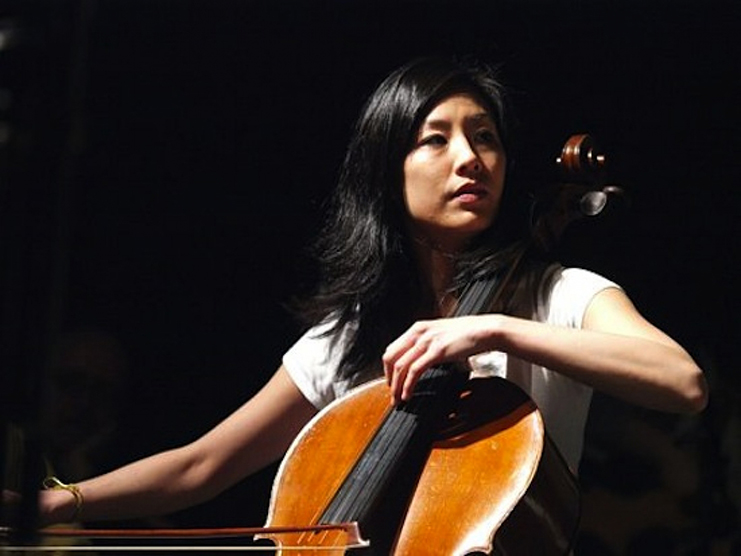 A New American Standard: this is what cellist Ha-Yang Kim, together with her bandmates pianist Wayne Horvitz and vocalist Ayesha Brooks, aims to create in the realm of jazz repertoire. Together, they ask who writes “The Great American Songbook,” and they plan to offer an answer to that question on October 22, as part of the online Earshot Jazz Festival 2020.

Kim began to explore that “Great American Songbook” when she was just a toddler. “My childhood was filled with instruments as play toys so I naturally just began experimenting with sound from about three years old,” Kim said. “When I was four, I saw a woman on television playing the cello and after my parents noticed how mesmerized I was by the sound, they quickly signed me up for private lessons.”

Her training didn’t stop at just formal classical lessons. “I was also improvising regularly and composing as a child which was really freeing and some of my fondest early musical memories,” she said. “My entire social life and friends revolved around music.”

Later, Kim studied at New England Conservatory in Boston. “Ironically perhaps, it was there that I really began to find and cultivate my own musical identity and trajectory which is primarily new contemporary music, improvisation, and the experimental avant-garde,” she said.

She cites numerous mentors who guided her as a young adult, including composers and improvisers, such as Cecil Taylor, Joe Maneri and Lee Hyla. “May they all be blissing out in the after-life right now, hanging out, having a blast,” she said.

More recently, Kim’s inspirations continue to broaden. “I’m always listening and checking out non-western music, especially from Africa and Asia, which provide extremely vast and endlessly diverse musical worlds from those cultures,” she said. “The main ones are exploring tunings, and sound noise experiments with electronics, especially with no-input mixer right now.”

These influences have transformed Kim’s focus during composition. “I’m much more interested and focused on the relationship with time, space, and the actual sonic and timbral material of whatever I’m working with, rather than building a narrative in composing or improvising which I think was more a part of my previous composition work especially,” she said. “I’m much more excited about just working with the raw elements of the materials itself, such as time and duration, the perception of spaces, tunings, playing with frequencies in regards to feedback, amplification, and resonance.”

Collaboration is also key. “Composer and improviser Wayne Horvitz has put together a trio that’ll have improvisation within the composition,” Kim said. “He’s an amazing deep musician, knows music from all over the world in so many traditions, has this ability to skillfully bring different musical languages and styles and approaches together in his own compelling way. It’s always a joy to hang with him and explore, play.”

Despite these exhilarations, the life of a musician isn’t without challenges. “A career in music or the arts requires tremendous amount of self-direction, determination, perseverance, commitment, dedication and resiliency,” Kim said.

She feels that her generation of musicians has had to build new ways of thriving. “Early on in my career, as I finished at NEC, I started and made a lot of initiatives for things that I wanted to happen, things that I wanted to do and see in my community,” she said.  “I found artistic kindred spirits, and collectively, we became the generation that really helped set up in education and in the industry for people to completely dedicate themselves to a career exclusively in non-pop contemporary music.”

Both individual and group efforts are required, according to Kim. “I think earnest sincere dedicated hard work, passion, and abundant drive really are the main factors for building a career in any of the creative arts,” she said. “I think it’s really about being civic-minded too, an activism to create something that doesn’t exist in one’s community and taking the initiative to create it, make it happen. Build that community with kindred spirits, and expand it out.”

Over time, Kim’s goals continued to change. “In my 20’s, I use to have a more concrete ‘bucket list’ of career goals to tick off one by one,” she said. “But by my 30’s, I realized there’s a kind of endless hamster wheel experience of never being satisfied, a hungry-ghost syndrome of always wanting more and more, the ego endlessly chasing after things which are feathers in one’s cap, but are quite elitist and perhaps lack meaningful civic engagement in the panoramic view of what’s happening in the world and what the majority of human beings on this planet are living through.”

For Kim, the arts are not divorced from societal realities. “It’s really easy and prevalent for non-pop Western contemporary music to fall into the trappings of socio-economic elitism and exclusion, speaking into its own privileged echo chamber,” she said. “For the last 12 years, I’ve been so much more consciously focused on developing my role and definition as a musician-artist in humanitarian terms.”

She has found new inspiration in the current political moment. “I see things are starting to rattle at the foundations a bit, for the better, because our industry is finally having discussions about systemic racism, barriers to access, equity, gender identity and freedom, misogyny, and sexual abuse, all things that polite society would rather ignore and sweep under the rug, including art organization power structures,” she said. “There are a lot of artists that are being loud and vocal about having these conversations, and looking for change.”

In addition to conversing with her fellow artists, Kim decided to dig deeper. “Recently, I started a course called ‘Ensuring Equitable Student Success in Higher Education’ through the Harvard Graduate School of Education to learn more about issues of equity, effective strategies and policies to create equity. My aim is to not only apply what I’ve learned about building equity in education, but bring it into arts organizations and the community.”

Throughout her future career, then, Kim hopes to both explore and contribute. “I think it’s really about just constantly being excited and evolving as an artist and human being,” she said. “To keep creating, evolving and learning; collaborating and working with inspiring artists and people, and deepening my humanity.  To be engaged in civic work through arts, activism, and education. I think that’s truly the essence of it all for me.”