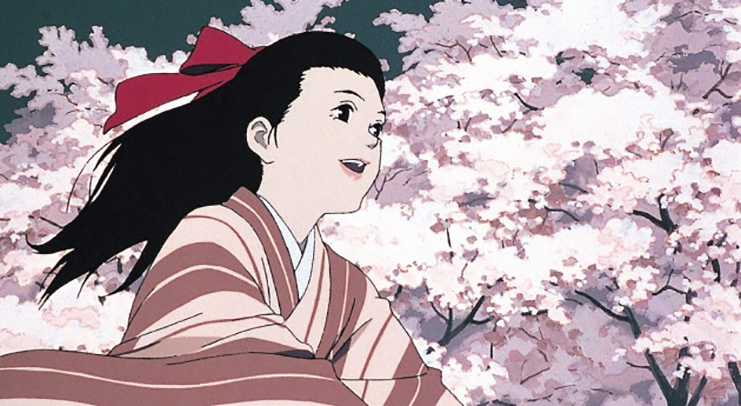 When Japanese animator and director Satoshi Kon died in 2010 from pancreatic cancer at the age of 46, he left behind only a handful of completed feature films, yet each of these pieces could stand alone as a testament to his dynamic innovation and ingenuity. Although not a household name like Hayao Miyazaki and not as popular as his other contemporaries like Makoto Shinkai or Mamoru Hosoda, his work continues to attract ardent fans nearly a decade after his death. Some of his fans and admirers are directors Christopher Nolan (Inception) and Darren Aronofsky (Black Swan), who actually bought the rights to Kon’s first film Perfect Blue. Madonna has even shown clips from Perfect Blue on her Drowned World Tour in 2001.

Feeling the first stirring of curiosity about his work? Already a fan? Itching to watch Kon’s work in a cozy theater with some buttered popcorn?

In celebration of the new restoration of Kon’s second movie Millennium Actress, which will be released on Nov. 19 as a Blu-Ray/DVD combo pack and a digital download, Seattle’s Northwest Film Forum and Grand Illusion Cinema will have a retrospective starting on Nov. 10 of three of his films: Perfect Blue (1997), Millennium Actress (2001) and Paprika (2006).

“His work has been formative for many fans of world cinema and leaves a vast influence behind to filmmakers of all disciplines all around the world, yet [he] does not get shown theatrically as often as some of his contemporaries have,” said Chris Day, managing director of NWFF. “We figured this is the perfect time to celebrate his work and to show the new restoration of Millennium Actress in the process.”

“We’d been thinking of doing something like this for quite some time,” said Dan Hudson, lead programmer of Grand Illusion Cinema. “Chris and I had spoken for years about co-presenting more animation, which we feel is underrepresented in Seattle. Specifically for Satoshi Kon, suddenly all the rights were available in the U.S. for the first time ever, so it seemed like a good starting point to dip our toes into this kind of programming.”

Satoshi Kon: An auteur ahead of his time

Throughout much of his work, Kon seems to question the true nature of reality: Is it defined by what we experience through our corporeal self or is it the vast layers of thoughts, dreams and fantasies that run rampant and subconsciously in our brain? Considering how Kon liked to blur these lines, perhaps his answer is that human reality is an amalgamation of both, allowing us to occupy several planes of reality at once.

With interests in multiple realities, it was fitting that his approach to animation was unlike others in his field. He refused to compromise his artistic vision and was never swayed by mainstream opinion. Bored with the conventions Japanese animators used for their narratives, he deliberately created movies “from a different point of view.”

One reason Kon’s approach to animation was different was his editing techniques. Having studied live-action films as a university student, he was familiar with editing methods such as match cuts, intercuts and jump cuts. Although budget constraints may have also played a role in the use of these edits, he ultimately did not want to use transition styles and sequences common among animators. Kon’s creations proved just how versatile the medium is for all kinds of storytelling, especially for adults.

Mima Kirigoe is a pop idol in an all-girl singing trio. Tired of singing, she decides to become an actress. Her first role as a one-liner in a psychological thriller becomes more evolved after her agents pressure the screenwriter to develop her character. This new image veers away from her previously innocent reputation. To further the change, she agrees to do mature and explicit scenes in the movie, including racy photoshoots for publications.

Receiving backlash from upset fans, Mima starts to question whether her decision was right and is often haunted by her idol persona. She learns about a website called “Mima’s Room” and finds that it details and explains her innermost thoughts and behaviors, which confuses her sense of self. As the people in her professional life die horrific deaths, she becomes wary of a stalker’s presence, and as her world spirals out of control, she blurs reality with her dreams, her movie role and her imagination. Will she survive filming with her sanity intact?

The perfect starting point to witness Kon’s brilliant editing skills, Perfect Blue is an intense and gruesome mystery thriller that will have viewers questioning where reality starts and ends. Kon deliberately set up the story so that it would become a film within a film to blur the lines of reality even further. This is an ideal movie for people who like horror, psychological thrillers and a good mystery.

The Foundation for Psychiatric Research has been experimenting with a new form of therapy involving a headset called a D.C. Mini that was invented by Kohsaku Tokita, an overweight slob who is the “genius of the century.” The device is a “scientific key” that can access a patient’s subconscious and record the individual’s dreams. By wearing the D.C. Mini, two people can experience one dream together. Still in its experimental stages, it gives therapists the power to step into any patient’s subconscious even when they are awake.

Atsuko Chiba is the head of the D.C. Mini development team. By day, she is a stoic scientist; by night, she becomes her alter ego Paprika, a free-spirited, spunky, and coquettish woman who gives unauthorized treatments to patients online. One of Paprika’s returning patients is Detective Toshimi Konakawa, a man who wants to solve a mystery revolving around a dream sequence that plagues him every night.

A cyberterrorist steals three of the D.C. Minis, throwing the team into a frenzy as the dangerous implications become immediately clear when Chief Tora-taroh Shima jumps through the window of the Foundation, nearly falling to his death. As an increasing number of citizens get hurt in their delusional and possessed state, Chiba/Paprika teams up with Detective Konakawa to find the cyberterrorist before the dream world swallows up their reality.

The movie is based on a book by Yasutaka Tsutui, but like Perfect Blue, which is based on a book that the author himself wrote the screenplay for, Kon made liberal changes to the story. Tsutui and Kon are even voice actors in the film. With a delightful, upbeat soundtrack composed by Susumu Hirasawa, Paprika is a sci-fi mystery with a surfeit of fantastic imagery that will captivate, if not pleasantly overwhelm, audiences.

Whereas Perfect Blue has a main protagonist that didn’t have much control over her career or her sanity, Millennium Actress has a protagonist who is in complete control over her decisions and whose film choices were guided by her sole determination to find a man she has loved since she was an adolescent. Kon intended on making these two films “like sisters,” both portraying the relationship between a fan and a celebrity. Unlike its predecessor, Millennium Actress is a positive depiction of that relationship.

Chiyoko Fujiwara is an actress born during the Great Kanto Earthquake in 1923. After a prolific career that started when she was a teenager, she suddenly disappears from the spotlight and becomes a recluse. Director Genya Tachibana and his cameraman Kyoji Iida go to her home to film an interview as Ginei Studios, where Fujiwara made all of her films, closes down after 70 years. As Fujiwara recounts her life, viewers will be delighted to see that Tachibana and Iida are actively participating in her memories. Like Perfect Blue, it is like watching a film within a film.

As Fujiwara runs from one movie to the next, the story of her life is mirrored through her film choices. Like Kon’s other movies, the lines blur between her roles and her actual life. Viewers get more invested in the story as Iida films the memories and Tachibana, a lifelong fan, takes on supporting roles that bring great comedic relief. As Fujiwara jumps through different eras, viewers will once again be awed by Kon’s editing skills as he seamlessly switches between time periods, scenes and movies.

Millennium Actress is a love story that crosses time and space. Elegantly told in a manner that is both exciting and heartrending, audiences will enjoy seeing a bit of Japanese film history as they follow Fujiwara’s dramatic journey—a wonderful film to watch with both friends and family.

Check out NWFF and Grand Illusion websites for tickets and showtimes.