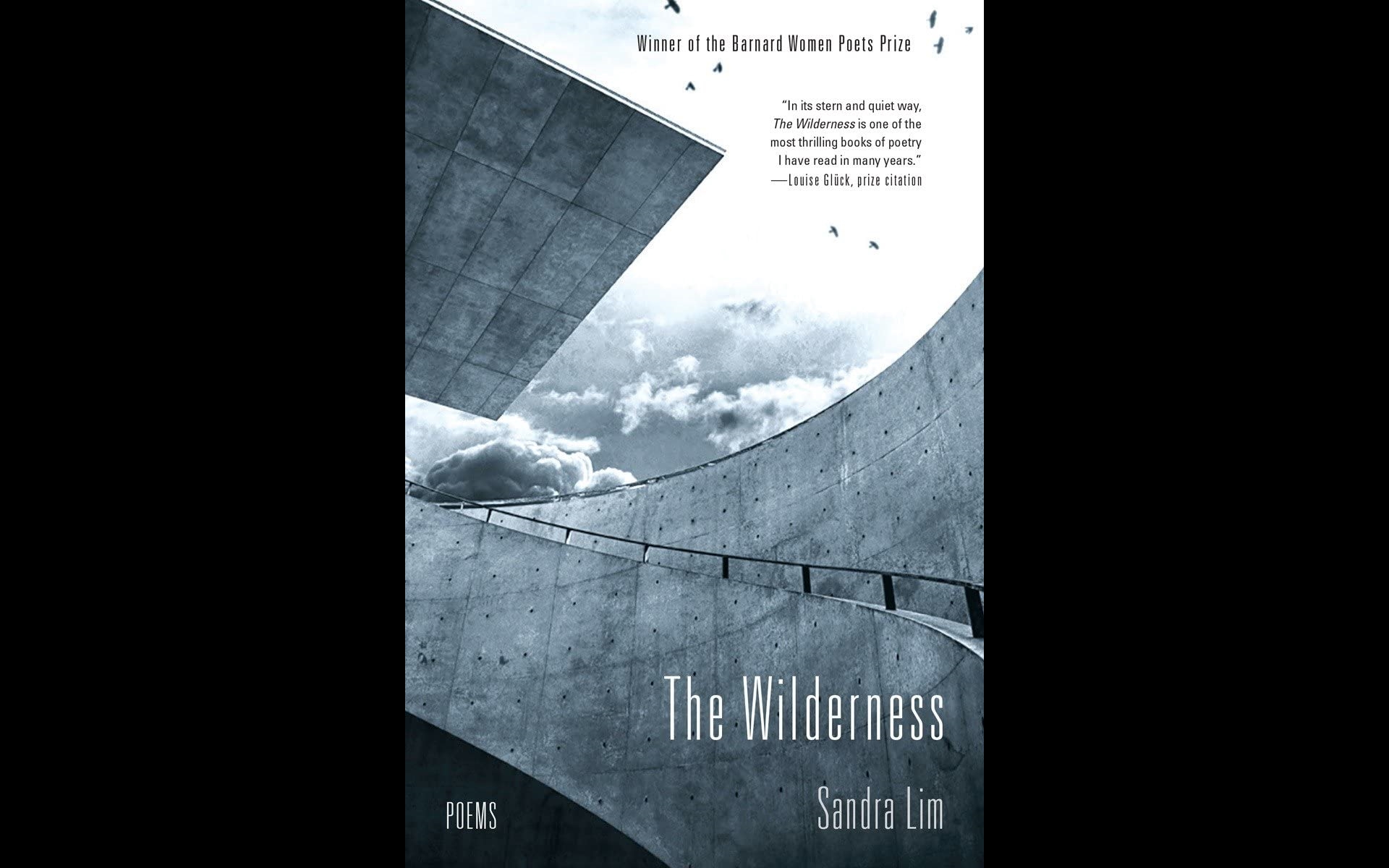 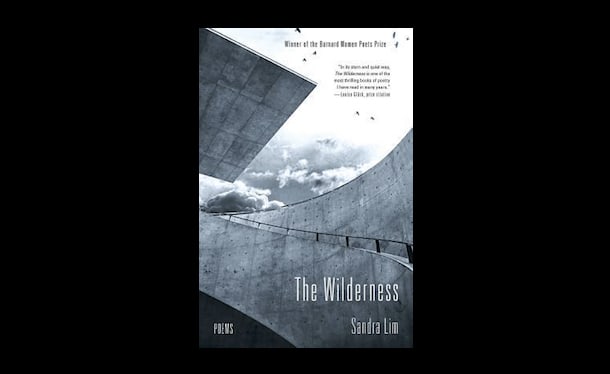 There’s a catch to Sandra Lim’s The Wilderness (Norton & Company, 2015), winner of the Barnard Women Poets Prize: the kind of catch that throws one off guard for all its quiet fury, beauty, precision, and brilliance. The wilderness that Lim grapples with is not meant to be a recognizable geographical landscape so much as the wilderness of a mind in between a harsh Northeastern winter and an even harsher and sorrowed spring. In many ways, she evokes T.S. Eliot’s vision of spring in The Wasteland—“April is the cruelest month”—but her vision of spring is also joyful and complicated; the poems are at once both tenuous and full of ire. There is no better time than now, in April, to pick up this collection.

In her poem “Certainty,” Lim describes that, “A poem may hold the unwieldy pieces of the earth together with a whole heart; a poem may cut that heart to lace.” Indeed, Lim treads this fine line through her whole work, always with an exactness and sense of surprise. It is absolutely thrilling. She is bold and stern in her journey to try to give words to emotions (and even goes to the point of ironically numbering them in “At the Other End of the Wire”), find meaning and define the boundaries of her own soul, and much else in uncertainty and transition- al states. Her wildernesses are many, and oftentimes worlds crafted with impressionistic detail: “I want bars again, restaurants that stay open late, gossip in the kitchen; the bright tessellations of painful wishing, movies, plumes of envy, flower stalls.”

In an interview with the Poetry Society of America, Lim explains, “In [The Wilderness], one of the things I’m interested in is in telling other people’s stories and my own stories through whatever can bestride the ‘facts’ and the ‘social.’ The gesture of going back and forth between them, or of thinking them at once, seems to me to get at how we both capture and ward off identifications.” Certainly, Lim never gives us the full narrative, only glimpses, sometimes startling, between the trees of her wildernesses. Even so, she does not need to; we get such marvelous lines that strike and sear: “As I do my work, I think, let me topple, / wear thin. Let the world eat me, but / then, let the world sob, not me.”

Just as Lim’s speaker in “The Concert” says, “Let me be like a mouse in an enormous cheese / excited by how much cheese there is to eat,” let us be such mice in her Wilderness. 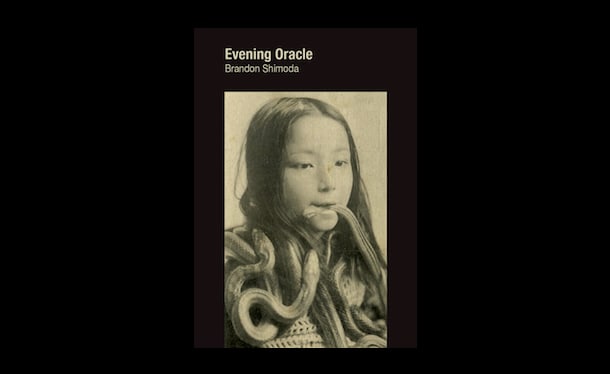 The premise and constraint of Brandon Shimoda’s Evening Oracle (2015), winner of the Poetry Society of America’s William Carlos Williams Award, is simple: “The poems in Evening Oracle were originally handwritten at night in the beds of friends and strangers in Japan in July-August 2011 and July 2012.” More specifically, he wrote the poems in different cities, “in sketchpads at night, in bed, glasses off, before sleep . . . They are all the exudates, or ashes—gossip—of their days.”

And yet, that is not all: Shimoda’s collection is beguiling and wondrous, sleepy and wandering, awake and prophetic and self-conscious. It is definitely worth a read. Inspired by “An elegy on the death of Prince Iwata,” an 8th century poem by Prince Niu, the collection works like a chimera and a collage. It shifts between poetry to prose and incorporates many different voices, seemingly working in three movements. It feels surreal, comical, and heavy in its elegiac gestures.

In Shimoda’s artistic statement on Black Ocean, he says, “There is a kind of negative space that overwhelms me when I’m walking around, eating sandwiches, sitting in a chair, looking at the arms of my friends—poetry is one means of giving a form to that negative space; making things is another.”

Indeed, the first and third movements of Evening Oracle capture so well much of this negative space, bringing to form the fine details and flickers of these Japanese cities Shimoda traveled through. And yet, the poems should not be considered as travel writing or as a diary or a brain dump of observations but rather, as impressions swimming back through the darkness. Even so, Shimoda defies any lyrical gestures; his voice is some- times childlike, absurd, and funny, and, at times, transcendent and charged.

The second movement, written all in prose, is the most poignant gesture of the collection. It is composed almost entirely of excerpts of emails between Shimoda and his friends, including Mary Rue e, Don Mee Choi, and Etel Adnan. In particular, so many of these excerpts are personal stories on the death of parents and grandparents. One cannot tell until the end notes which email excerpts are written by whom, and in this way, all the voices weave and meld together, making these losses, inevitable for all of us at one point in our lives, feel shared and universal. Although this second movement feels sorrowful and elegiac, it is also a celebration of personal history and all of these lives.

In the poem “Motoyasu,” Shimoda writes, “I want to sit on this bench / With this box of deep-fried pork / And eat the deep-fried pork out / Of the box / Forever.” It is this hunger that propels the poems throughout the book, but it is also more complicated: it is a hunger to fight against Death and all the little deaths of not remembering, noticing, or even being conscious of little memories and feelings.