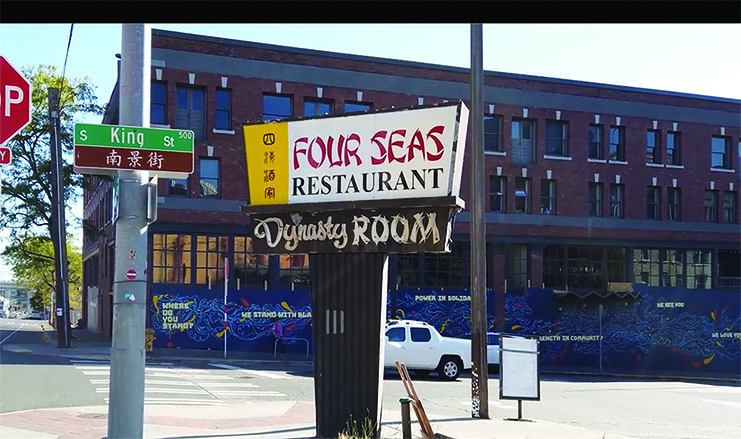 Collective Memory, Community Spaces is a heartwarming collage of short films that features community spaces built by Asian immigrant families settled across North America. Each short film speaks on the history of these families and the legacies they have left behind.

Many of the challenges that first generation Asian immigrants faced, like racism, bigotry, and disenfranchisement, still remain. Asians and Asian Americans — especially women — continue to be pigeonholed based on race and gender.

Gentrification also continues to push people of color from their homes. Many of the spaces showcased in the documentary program have had to close their doors for good.

Although bittersweet, these short films do shine a light on a brighter future. New spaces are created with the help of the community. Younger generations are continuing the legacy left behind by their forebears.

Each film provides a unique perspective of the Asian American experience in such a way that reflects an overall Asian American identity. One that is not monolithic, but diverse, robust, vast, and ever-changing.

Yet at the same time, connecting themes of love and sacrifice, courage and innovation are what bind this identity together. Asian Americans are connected by their struggle and resilience.

By telling each story through the lens of multi-generational families, the Collective filmmakers showed how deeply rooted Asian communities are all over North America. These short films showcase the indelible mark that these spaces left on their community.

For example, the short film, Have you forgotten me?, features one of the oldest running Sikh temples in North America. It was constructed 1911 in Abbotsford, British Columbia. With help from this community space, the East Indian community is now one of the largest ethnic groups in British Columbia today.

The emphasis on women in more prominent roles is also highlighted in some films, like Phoenix Bakery: Sweets for the sweet, where a small family bakery shifts its patriarchal culture after two generations to give more opportunities to the women in their family.

Through that same multi-generational lens, changes in culture and customs can be seen with each passing generation.

In Atomic Cafe: The noisiest corner in J-Town, a cafe in LA’s Japantown becomes a bedrock for the 80s punk rock scene after “Atomic” Nancy takes over the space from her parents. For a moment in time it was the center of the world.

In Closing Annisa, acclaimed chef Anita Lo’s family is not actually featured in the film. However, her two chefs, young women who have worked with Lo since she first opened her restaurant, have learned much from Lo and will carry on as chefs in other restaurants.

Watching these short films invites a feeling of nostalgia, despite not having been to any of these spaces. As each story unfolded I felt like I was transported to each scene, enjoying cheap drinks and fried rice at the Atomic Cafe, or singing karaoke at Bush Garden in Seattle’s International District.

The cinematography in each film was well produced. Scenes moved fluidly with each story narration, making it easy to follow along.

What I would have liked to see included in this documentary program is a story about community spaces within the Filipino community. Much like the Japanese, Chinese, Korean, and East Indian ethnic groups, Filipinos were also one of the earliest immigrant settlers of Asian descent in North America.