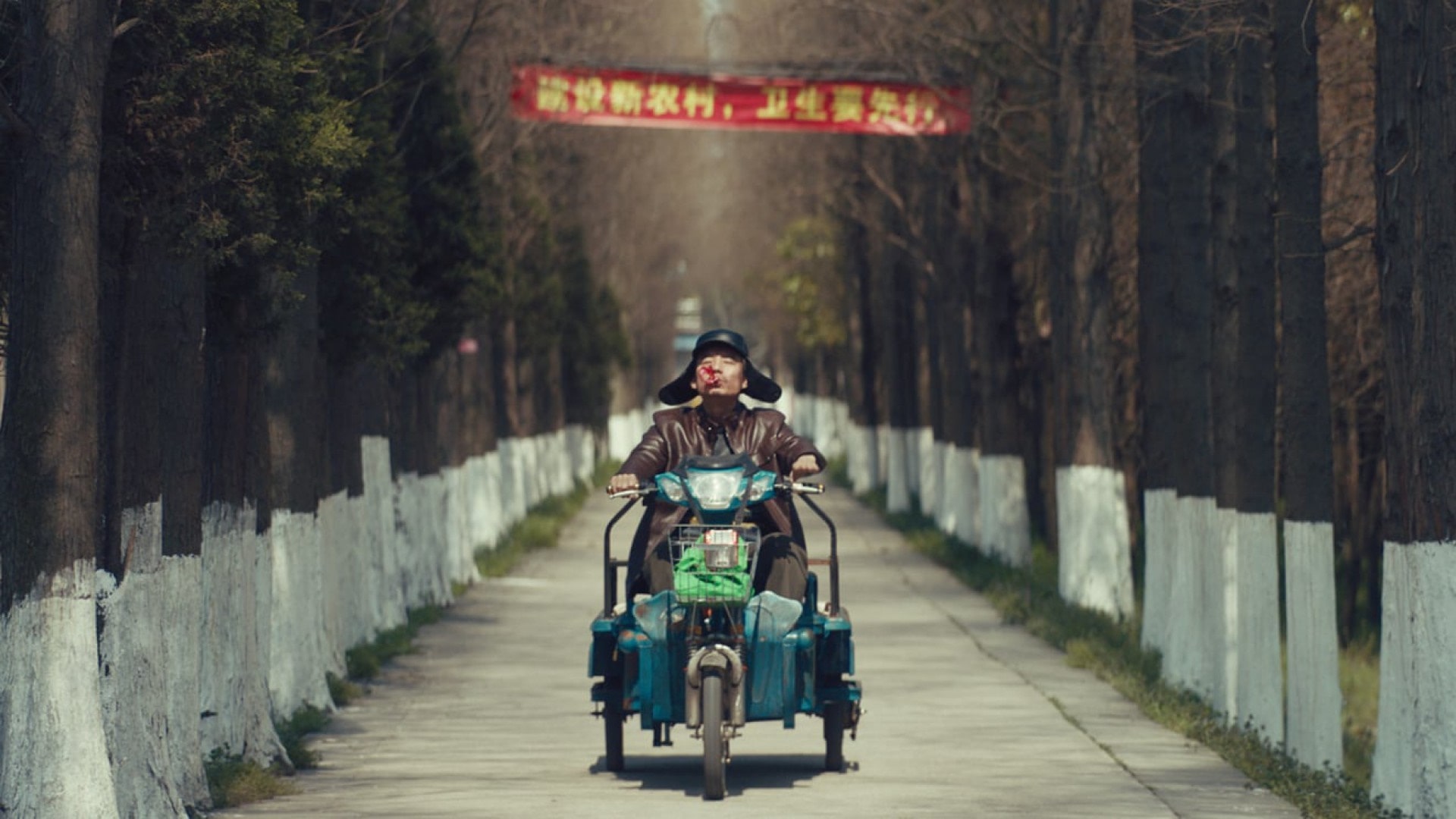 Dead Pigs, director Cathy Yan’s debut full-length feature, is a sprawling ensemble piece that plays like a love letter to modern China, capturing its paradoxes, class tensions, and fervent push for westernization at the cost of the less fortunate.

The central players are bumbling pig farmer, Old Wang (Haoyu Wang), his more successful salon owner sister, Candy (Vivian Wu), his son, Wang Zhen (Mason Lee) and disillusioned rich girl, Xia Xia (Meng Li). The Wang family hails from a provincial town near Shanghai. Wang Zhen has decamped to the big city to try to make a better life, and it is at the restaurant where he works that he first encounters the bored and aimless Xia Xia. When he returns her left behind iPhone, an unlikely bond forms.

Meanwhile, pigs all over the region are mysteriously dropping dead, setting off a chain of events that sends the characters on an unexpected collision course. With all his animals deceased and the local butchers refusing to buy them, Old Wang is left without the means to pay off the debts he’s accrued from making bad investments. Candy refuses to help, as all her attention is focused on protecting her home from being torn down by a corporation eager to erect a full-scale replica of the Sagrada Familia and luxury apartments, spearheaded by American expat architect Sean (David Rysdahl).

Yan, the director, born in China but based in New York, is well poised to craft a narrative that offers an intimate and nuanced portrayal of contemporary Asia – the traditional family structure that persists, the nation’s yearning to rush headlong into the future while outside the major metropoles many still live in a manner almost anachronistic in contrast. Despite being set entirely in eastern China, Dead Pigs manages to also be a cautionary globalization tale. As both writer and director of the film, Yan expertly interweaves the characters’ plights to critique a system that makes it supremely difficult to transcend classes and change ones lot in life.

Within the story, wealth is equated with success, and the film derives much of its tension from the lies and the lengths to which the characters go to maintain the image of both. Wang Zhen, who lives in a dorm subsidized by his boss, sends money home to his father but has led him to believe that his means are much greater than they actually are. When Old Wang comes to the city for a visit, his son greets him wearing a suit, a stark contrast to the former’s shabby jacket and broken umbrella. Yan is masterful at using visuals to speak volumes, like the exterior shots of Candy’s home in what was once an old residential neighborhood and now stands alone amidst a sea of rubble.

Sean’s role with the company seems to suggest that Westerners who can’t quite hack it back home will be welcomed abroad with open arms. (It is implied that despite calling himself an architect, he never passed all of his exams). While the project stalls due to Candy’s obstinance, Sean begins working with a modeling agency specializing in lending a Western sensibility to public events.

In her first feature, Yan proves herself to be a formidable storyteller, capable of paying homage to Chinese cinema while also establishing a perspective all her own. Though slightly long at over two hours, Dead Pigs succeeds as a compelling snapshot of the ramifications of rapid modernization for the sake of profit.