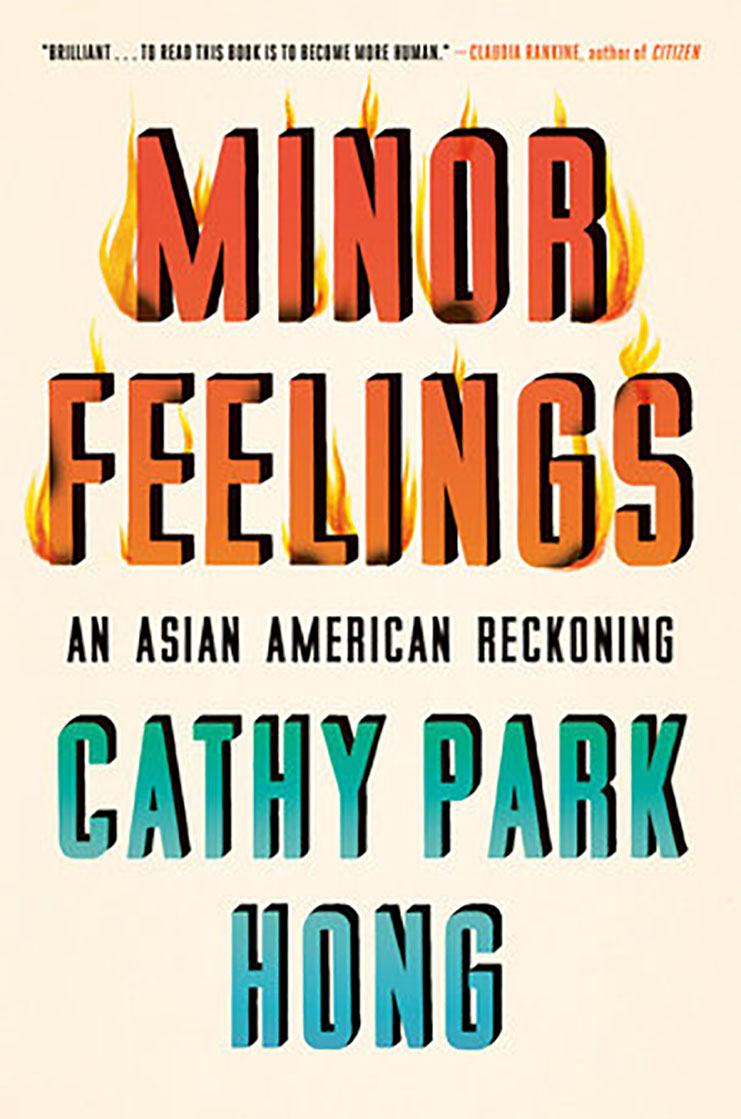 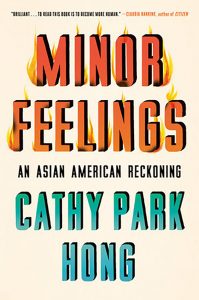 Cathy Park Hong confronts some piercingly difficult questions in her book, Minor Feelings: An Asian American Reckoning. “Can I write honestly? Not only about how much I’ve been hurt but how I have hurt others? And can I do it without steeping myself in guilt, since guilt demands absolution and is therefore self-serving?” The answer I would provide Hong is that yes, absolutely, she has.

Hong is the author of three poetry collections, and brings an influence of lyricism to her first dive into essays. The collection (published in February) does not fit neatly into a typical book genre, like fiction versus nonfiction. With Minor Feelings, she has fashioned a breakout category of its own, weaving memoir with cultural criticism and including a tasteful dose of Asian American history.

Hong lays herself bare on the pages, exposing personal stories, of course, but also her apprehension that writing a novel like this would result in her speaking for the Asian American community rather than for just herself. “There are so many qualifications weighing the ‘we’ in Asian American. Do I mean Southeast Asian, South Asian, East Asian, and Pacific Islander, queer and straight, Muslim and non-Muslim, rich and poor?” She courageously bores on anyway, producing a book that exposes the realities of the Asian American experience and how the racism that comes with it is overlooked and oversimplified by our society.

Hong’s seven essays have this thesis as a common thread, but each tells a unique story. In the opening, “United,” she eviscerates the notion that America has achieved a post-racial status by exploring the dubious national mindset that racial minorities can an achieve success “despite [their] identity.”

She holds off until her second essay, “Stand Up,” to define the minor feelings alluded to in the book’s title. Minor feelings are “the racialized range of emotions that are negative… built from the sediments of everyday racial experience and the irritant of having one’s perception of reality constantly questioned or dismissed.” These feelings, she says, are familiar to many Asian Americans who rest between the privilege of being the wealthiest minority while also consistently and reliably being white-washed and deemed the “model” minority group. Hong openly shares her familiarity with minor feelings, from her childhood memories of the interracial tensions that resulted from the Los Angeles riots to the subliminal messages she received in art school that her work would be branded “ethnicky” if she focused at all on her racial identity.

One of my favorite essays from the collection is “Portrait of an Artist,” in which Hong shares the story of Korean artist Theresa Hak Kyung Cha. The public story of Cha’s death in 1982, when she was declared an “Oriental Jane Do” by the police, has veered far from reality. By exploring the value of her work and the violent rape and murder that Cha endured in her final moments, Hong transcends traditional biography to encapsulate her likeness to the artist. Hong is not exactly comfortable with this outcome, however, knowing that she is in danger of “imposing myself onto [Cha,] filling her in with myself.” Still, the silence of scholars in discussing what Cha faced in death enrages Hong. The only explanation she can provide is this: “I sometimes avoid reading a news story when the victim is Asian because I don’t want to pay attention to the fact that no one else is paying attention. I don’t want to care that no one else cares because I don’t want to be left stranded with my rage.”

It has not gone over my head that I am a white woman providing this review, and the only shared emotional connection I can claim to Hong is her existential feelings about being an artist. However, I can share that I am certain that I needed to read this book to expand my understanding of Asian Americans. Similarly, I believe this book must be read by everyone. Yes, Asian Americans in particular, but so that all demographics can grasp some of what Hong is offering. She paints a vivid picture of America’s current societal landscape: who is rejected, who is accepted, and who needs to look inside themselves to uncover why.

Cathy Park Hong will speak at Elliott Bay Book Company (1521 Tenth Avenue, Seattle, WA 98122) on March 13 at 7:00 PM. Vince Schleitwiler, who frequently writes for the International Examiner and is a professor of Ethnic Studies at the University of Washington, will join her for conversation. No tickets required, and space is first-come, first-served. Doors open at 6:30 PM.