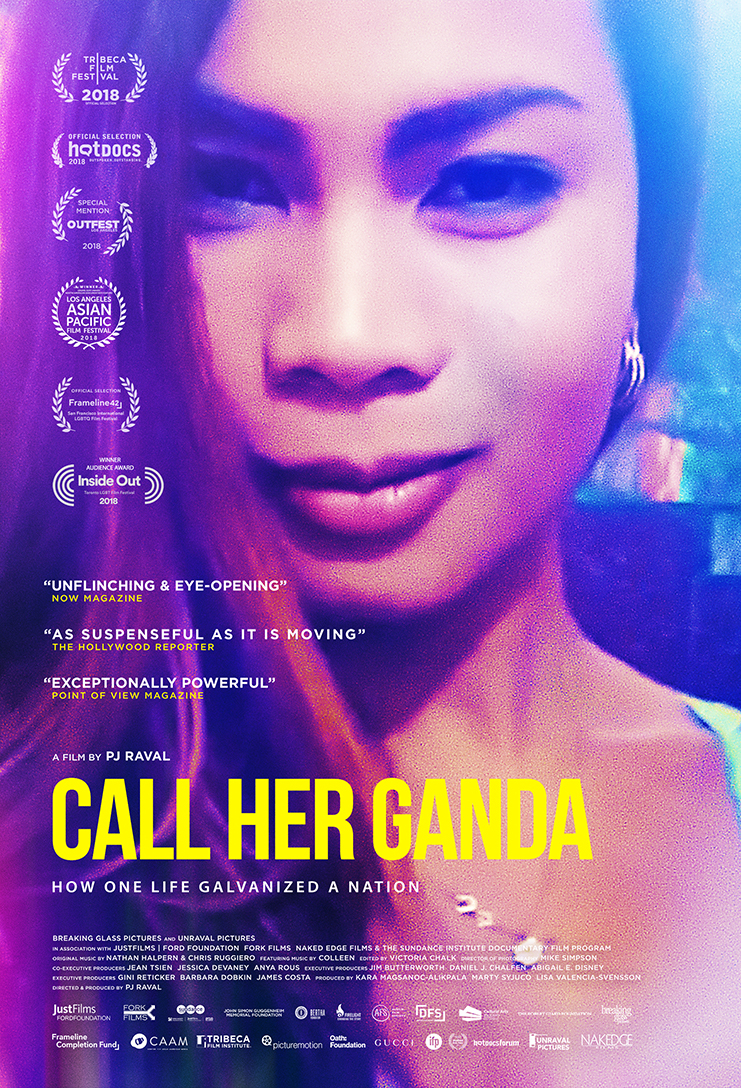 When PJ Raval accepted an offer to screen two of his documentaries in the Philippines for the 2014 Quezon City Pink LGBTQ+ Film Festival, he saw the opportunity as a chance to reconnect with his roots and to learn more about the local queer community. What he did not expect was to see a country in an uproar over an international issue that would resonate with his identity as a queer Filipino American.

Jennifer Laude, a transgender woman, was 26 when she was murdered on Oct. 11, 2014. The man accused of killing her is U.S. Marine Pfc. Joseph Scott Pemberton, who was 19 at the time. Laude was at a disco bar with one of her friends when she met Pemberton, who was not under active military duty, and the two agreed to head over to a nearby hotel. Thirty minutes later, Pemberton left the room. Jennifer was later found dead, her body wrapped in a bedsheet and her head submerged in a toilet. Medical reports showed she had died of asphyxia.

During the film festival, Raval was invited to join a panel about LGBTQ rights where he met Virgie Suarez, one of the prosecuting attorneys for Laude’s mother, Nanay, which is Tagalog for “mother.” As he learned more about the case through the panel discussion, an audience member suggested his next documentary be about the case. Faced with the daunting prospect of making a documentary abroad and uncertain about whether he was the right person for the job, Raval was initially reluctant about taking on the project. In the end, he decided his lack of expertise in the country combined with his position as a Filipino American was the right perspective to bring to the movie.

“I [decided I] will use the fact of what I don’t know to fuel me to actually make this,” he said in an interview with the podcast “Behind the Scenes.” “Like, recognizing how very little I knew about the Philippines, and then also reflecting upon my upbringing here in the United States and knowing how the Philippines has been overlooked and mispresented. And also standing in the Philippines, understanding my privilege as an American citizen there. It’s a strange space to navigate, so I [thought] maybe I do have the right perspective to [make] this film.”

Through a friend, he got in touch with Meredith Talusan, a transgender Filipina who has reported on the case and works in the U.S. An award-winning journalist who has written for media outlets such as The New York Times, The Atlantic, VICE and American Prospect, Talusan became the perfect narrator.

“As soon as I met her and started reading some of her work, I already knew [she would be] the perfect narrator to this film,” he continued in the same interview. “And her investigation is really going to parallel my own, but honestly, it will be even better because Meredith is going to bring her own history as someone born in the Philippines, as someone who is trans. To me, she’s someone who can see all of it from various angles, various lenses, and as someone who’s experiencing a lot of it.”

PBS will show Raval’s Call Her Ganda, winner of the Audience Award for Best Feature Film at the 2019 Seattle Asian American Film Festival, on its POV series on July 1. “Ganda” means “pretty” in Tagalog and refers to the nickname Nanay gave her daughter.

Raval’s documentary pinpoints several themes while covering the murder of Jennifer Laude. He addresses transgender rights and the violence this community encounters not only in the Philippines but worldwide; he points out the lack of justice and support in the legal system for those who are poor; he also shows the extant colonial relationship between the U.S. and the Philippines despite the fact that the Philippines has been a sovereign and independent nation since 1946.

The film’s narrative is split into two parts. One shows the progress of Laude’s case as it follows Nanay and her two attorneys, who are working pro bono. The other follows Talusan as she interviews people such as Laude’s friends, her fiancé, a trans rights activist and the local people. Scattered throughout several moments in the movie, Raval also adds an international perspective by including social media posts reacting to the Laude case which range from senseless to compassionate.

At the center of the Laude debacle lies the Visiting Forces Agreement between the two countries. A VFA is an arrangement that the U.S. makes in all countries that have U.S. military presence. Its main objective is to enforce an additional layer of protection and rights for American military service members who work abroad.

In the Philippines, the VFA allows local authorities to have primary jurisdiction over cases where U.S. military service members are charged with a crime, but the accused has the right to “reside with United States military authorities” throughout the proceedings. These proceedings need to finish within a year and do not include delays that take place because the accused failed to appear in court. Once a judgment has been passed about the case, the accused military personnel “may not be tried again for the same offense in the Philippines.”

Tension over territorial disputes between China and the Philippines has been rising in the South China Sea. To help defend the Philippines and other countries such as Taiwan, Vietnam, Malaysia and Brunei from China’s aggressive territorial efforts, the U.S. and the Philippines signed a 10-year agreement that allows the U.S. to build military facilities within the country, making it easier to station ships, planes and equipment from both countries. Although Pemberton’s case is being handled according to the terms in the VFA, this 10-year commitment, in light of the Laude case, has Filipinos wondering what other abuse and atrocities are in store for them at the hands of the U.S. military.

Pemberton’s case is unusual because the crime was committed while he was off duty: a civilian. Technically, Pemberton’s actions should not be covered under the VFA, yet, he received full protection from the military. Although strong evidence points the crime at Pemberton, his charge is reduced from a murder to a homicide, and when he is eventually found guilty of the charge and ordered by the judge to be sent to a Philippine prison, a three-hour standoff ensues between U.S. officials and local authorities. U.S. officials gain the upper hand and eventually escort Pemberton to a base camp where he remains under U.S. custody.

The outrage and helplessness the locals feel against the U.S. as they witness how powerless they are as it tramples through their own justice system is palpable throughout the film. The film makes it understandable why Filipinos want to support a brash, foul-mouthed populist like Rodrigo Duterte who, despite committing a number of human rights violations, has not been afraid to stand up to the U.S. and has actually paid attention to the Laude family’s plight.

Call Her Ganda is a thought-provoking film that will have audiences thinking and discussing the impact, effectiveness and questionable necessity of U.S. military presence in not just the Philippines but the 150 other countries it occupies. It will evoke feelings of heartbreak and frustration, particularly in parents, as viewers watch Nanay relentlessly seeking justice for her daughter as she encounters continuous roadblocks along the way. The film will also make American audiences painfully aware of the dangers transgender people are exposed to even within the U.S. and will perhaps invoke more compassion and understanding for them. Call Her Ganda is bound to move, challenge and educate audiences everywhere.

PBS will show Call Her Ganda on its POV series on July 1. Check local listings for showtimes.