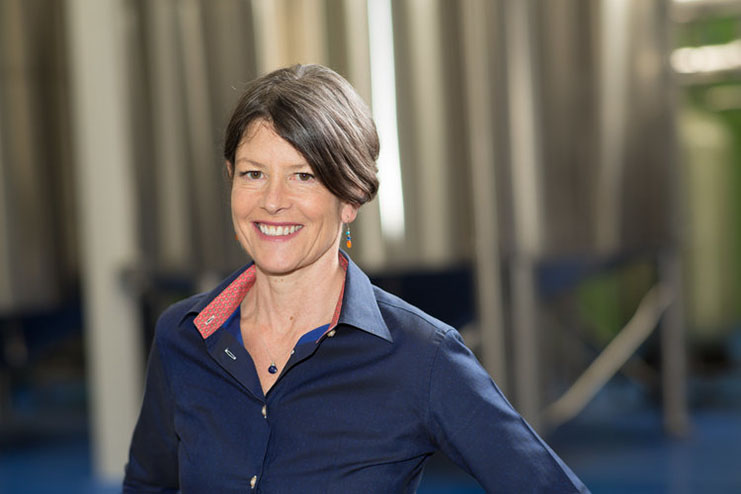 Sara Nelson, co-owner of Fremont Brewing, believes her background as a progressive small business owner would bring fresh solutions to City Council if voters select her for Position 9, a seat representing the whole city.

“I believe that Seattle is going in the wrong direction, and I’ll bring the practical, experienced leadership that’s needed right now,” Nelson said. Before starting Fremont Brewing in 2009, Nelson worked as a legislative aide for Councilmember Richard Conlin for 10 years.

In 2017, she ran for City Council Position 8, another at-large seat, but came in third in the primary.

Position 9 is an open competition after Council President Lorena González announced she will leave the seat behind to run for mayor.

The primary election is scheduled for August 3. The two candidates who receive the most votes will advance to the general election on November 2.

Nelson’s top priority is economic recovery from the COVID-19 pandemic. The recovery must be “long-term, equitable and inclusive,” she said. Nelson believes City Council is not acting with urgency to help the city recover.

Small businesses, she said, are the “backbone of our community” in providing job opportunities and giving neighborhoods unique character.

The City should also allow businesses to continue with outdoor dining in the street, to-go cocktails, and other temporary measures, at least until indoor dining can fully resume.

If elected, Nelson wants to be chair of the Land Use & Neighborhoods Committee, which would initiate long-term strategic land use planning for downtown to help businesses. “We need to actually court businesses to return to the downtown core. That will require investments,” she said.

Nelson also wants to focus on services like police, fire, libraries, parks and transportation that she believes City Council has overlooked and underfunded. These services should be adequately funded in the general fund before the City should fund “pet projects and programs.”

Another priority is public safety. It’s strongly connected with economic recovery, Nelson said, “because a lot of small businesses are really burdened by ongoing crime.”

Nelson is skeptical of recent calls to significantly cut the Seattle Police Department budget. She praised the Council’s response to the Black Lives Matter protests in summer 2020, in calling attention to systemic racism in policing, and committing to “re imagining policing.”

“Now, their proposals to defund the police by 50 percent? Not so much,” she said. “I believe that good policing requires more investment, not less. And picking a number out of thin air — 50 percent, 20 percent — whatever it is, without a plan and without broad buy-in and support from the community, is the wrong approach.”

In general, Nelson believes City Council acts without accountability, acting too quickly to pass policies without input. “The City Council needs to be more transparent about their motives and be able to justify the rationale behind the solutions that they’re advocating and gather input before passing legislation,” she said.

City Council should better educate the public about the legislative proposals, and ensure funding is available and “justified.” If a proposal doesn’t meet its goals, the city should change course. “Throwing money at a problem and it only gets worse, as is the example of homelessness,” she said. “I have not seen any effort to course-correct and say hey, this isn’t working, what could we be doing better?”

Nelson said the Chinatown International District has become an attractive target for redevelopment after City Council passed upzones there in 2017.

“I would use whatever leverage the city council has to ensure that development continues to respond to the needs of the people living in the neighborhood right now,” she said. “The ID is in danger of becoming another South Lake Union — an appendage of high rises and very expensive land right next door to downtown.” She said the City should demarcate certain areas to ensure subsidized and affordable housing can remain that way.

She believes the affordable housing that developers are required to either build or pay for under the Mandatory Housing Affordability (MHA) policy should be directed to affordable units directly in the CID.

Nelson said the CID needs more funding for pedestrian safety and street improvements. On a recent neighborhood tour, she said, “I was shocked to see the state of the streets — the potholes and the lack of curb cuts.”

Nelson has heard from the neighborhood that 911 responses can be slow, and elders are concerned about crime. She would push for special emphasis patrols and community police officers in the neighborhood given the vulnerability of residents and the urgency of violence against Asians and Asian Americans. She wants to see a hotline in multiple languages for residents to get faster responses from the police.

As many hate incidents go unreported, the City should do more sustained community outreach, and work with Asian community leaders, to “find out what the community wants, and then do that,” Nelson said.

She also wants translators to accompany officers responding to calls in neighborhoods where many residents don’t speak English. In general, the City should provide information — such as about COVID-19 safety — in more languages so residents can understand it.

Being a “progressive” business owner, Nelson said, means “I lead with the values that the vast majority of Seattlites share. And I don’t just talk about being a progressive, I basically just get things done.” These include benefits for workers at her business, and sustainable business practices.

Nelson was a student activist in the anti-apartheid movement. “I always had this root-for-the-underdog sort of ethic,” she said. She received a PhD in anthropology, studying the intersections of gender, race and class in Brazil, examining women’s police stations.

Originally planning to stay in academia, she decided she wanted a more direct impact on communities, and joined Councilmember Conlin’s staff. “That’s where I realized local government is where the rubber meets the road,” she said. “It’s what affects us every single day.”

Nelson said her legislative style, if she is elected, is based on leading from core values and building policy based on them, while understanding how policy will be enacted. She learned from working with Conlin that historical knowledge and context, and “digging into the minutia of legislation and of policy makes all the difference.”

Nelson regularly watches the Seattle Channel for fun. She considers herself an activist at heart. “Public service is the best expression of my values,” she said. “People are ready for a change in leadership, and I am stepping up.”