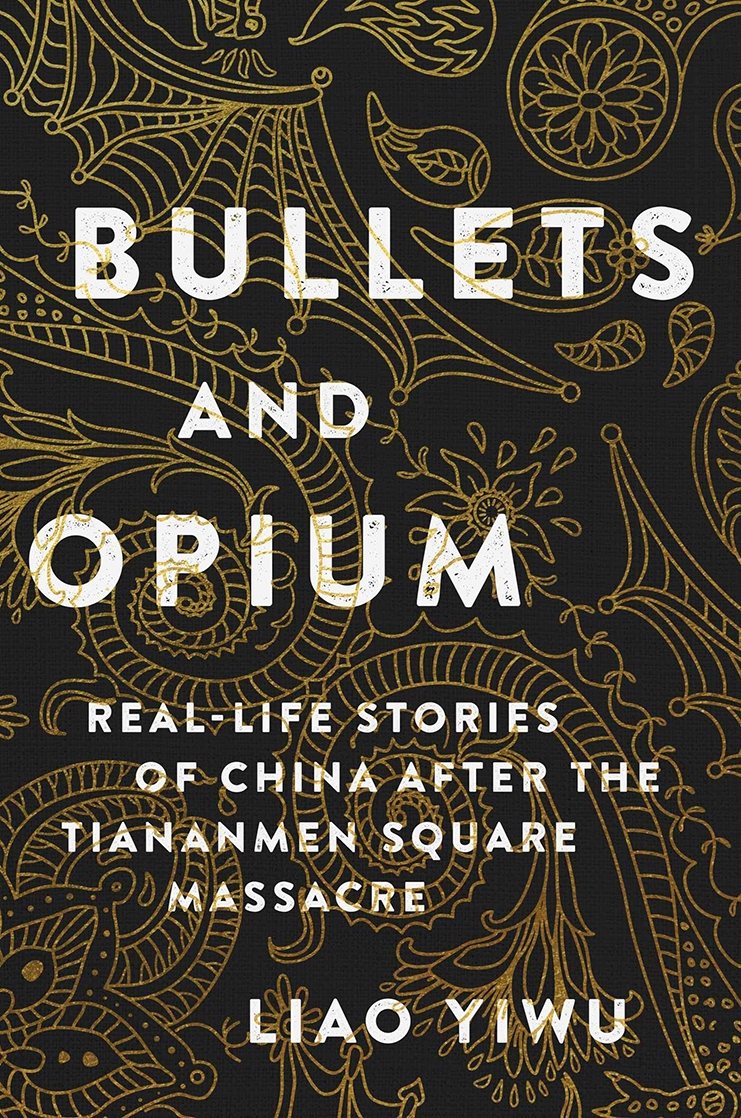 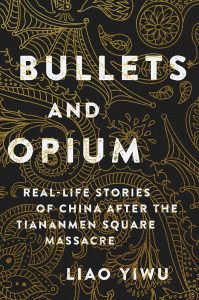 Bullets and Opium is not an easy or particularly enjoyable read, but it is an important one. Liao Yiwu, the author, is a writer from China who escaped to Germany in 2011. He himself was imprisoned after Tiananmen Square and writes Bullets and Opium to describe the experience of ordinary citizens during and after the Tiananmen Square massacre through a series of interviews.

Despite it being one of the most infamous events in modern history, the stories of the “Tiananmen Thugs” have largely been missing from the public narrative. These “thugs” are the working-class, often older and male, citizens of Beijing who bore the brunt of military violence during the Tiananmen protests to protect and defend the student protestors. Many of the more upper-class student protestors survived and went on to receive scholarships to Western universities and worldwide speaking gigs. While the “protester elite” prospered, these “Tiananmen Thugs” were imprisoned, tortured, and left to live a life of poverty and discrimination.

Liao seeks to bring the “thugs’” stories to the forefront of the Tiananmen narrative, and highlights the lives of those that both China and the world have forgotten. Liao does this to provide the world with a more holistic understanding of the human consequences stemming from Tiananmen. His work is even more important because his writing is likely to be the only testament to the survivors’ suffering. In the book, many of the interviewees talk about trying to write about their experiences only to have their hard work confiscated and destroyed by the government. From his relative position of privilege while in exile, Liao may be their only hope of having their story told.

Liao’s purpose is inspiring and his own story is humbling. Yet, the book he produces is honestly hard to read. Over and over, gory stories of wrongful imprisonment, torture, disfigurement, and broken relationships are told by a series of interviewees. I found myself having to put down the book quite often to take a break from the bleakness and horror described on its pages. However, I understand that this book is not meant to be easy to read. The discomfort and hopelessness I felt while reading is clearly nothing compared to the physical and emotional trauma of the people telling these stories.

The book feels overly long, since many of the stories are similar and start to blur together into a mass of imprisonment, reeducation through labor, and dead friends and family. However, the length of the book underscores the point that countless lives were impacted by this singular event.

Not only is Bullets and Opium a bleak read, but it is also an unsatisfying one. There is no moral or inspiration to come out of this book. Many of the interviewees lament their involvement with Tiananmen due to the enduring consequences of their imprisonment. Some of the interviewees don’t regret their involvement — some even calling it the “most glorious period of [their lives]” — but after reading about the upended lives that resulted from their involvement, it is hard for the reader to feel hopeful or inspired to pursue any sort of political change. Furthermore, the only audience for this book — people outside of China where this book is likely banned — are helpless to do anything but bear witness to their suffering.

The afterword is similarly tragic. It speaks of the last moments of Liu Xiaobo, a Nobel Peace Prize winner, one of the most famous Chinese dissidents, and a personal friend of the author’s. Liao desperately tried to get Liu and his wife out of China and into Germany. Despite Liao’s connection to Angela Merkel, the chancellor of Germany, he was unable to get Liu and his wife out of China before it was too late. The book ends with this story of hopelessness.  If the author with his fame and his connections could not save even one person from China’s grip, what can the readers do?

One positive that Bullets and Opium depicts is the blessing of normalcy. The happiest ending that many of these survivors can hope for is a roof over their heads, a spouse, and a relationship with their family. Many of the interviewees do not have even that. A takeaway from this book is how grateful we should be for the most routine and normal things in our lives.

Bullets and Opium is a very important book. It is a book that allows the world to bear witness to the continued consequences and suffering brought about by the Tiananmen Square Massacre. It allows us to revisit history and see it from a point of view that is often neglected. However, it is a very arduous read and is definitely not for those looking for a casual book or for the faint of heart.