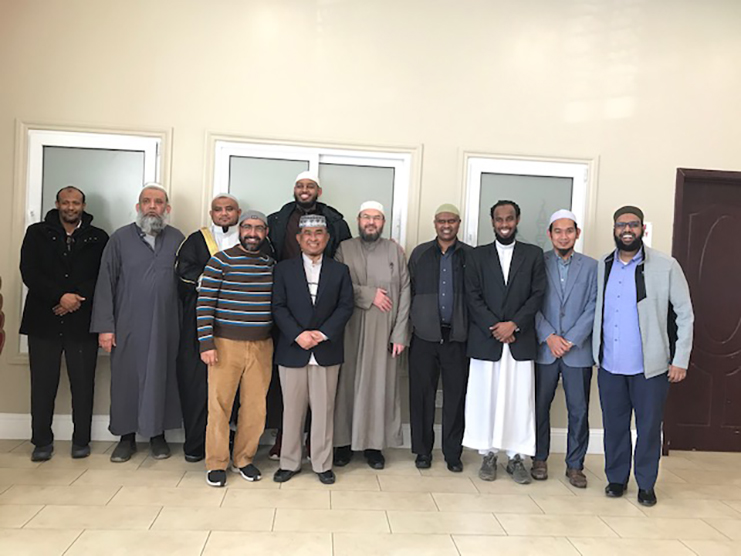 “…the things that endure, good deeds, are best in the sight of thy Lord, as rewards, and best as the foundation for hopes.”  (Holy Quran, Chapter 18, verse 46)

The year 2020 marks the 25th anniversary of API Chaya and the Peaceful Families Taskforce (PFT), which began under what was at that time Chaya – a Seattle-based, grassroots organization serving survivors of domestic violence and sexual assault from South Asian, Asian and Middle Eastern communities.  According to Sarah Rizvi, who was hired in 1999 to create the agency’s Community Mobilization & Awareness Building program, and remained with the agency in a number of roles for over 15 years, “Members of Chaya always aimed not only to provide domestic violence services, but to also work to change the societal conditions that allowed domestic violence to occur.”

The PFT was formally launched in 2003 following a three-day conference in partnership with Chaya and Sharifa Al-Khateeb, founder of the national Peaceful Families Project. At this time, says Sarah Rizvi, “There was very little awareness that domestic violence was even occurring in Muslim communities, let alone the dynamics of DV, services available, and so on.”

The conference was attended by members of local mosques in the fields of law, mental health and social services. From the conference, about 30 community members emerged as volunteers to create the Peaceful Families Taskforce under the guidance of Sharifa Al-Khateeb. The goals of the PFT were: to work with mosques in the Puget Sound area in raising awareness of domestic violence; to provide faith communities with resources to better support survivors of violence, and prevent future violence within interpersonal, community and societal settings; and to offer support to survivors of violence in a way which would honor their culture, faith and ethnicity. The seeds had been planted for future work which would encompass community engagement, support and empowerment.

Since its inception in 2003, the work of the PFT included: the development of educational material specifically for the Muslim community, including resources for Imams on how to respond to domestic violence; partnerships with imams to provide workshops at mosques and community centers; training for Muslim community members on how to support survivors of violence; and the cultivation of relationships with service providers and shelters. The PFT also conducted a community research project on the role of mosques in creating peaceful families. This vast pool of work, centered around the experience and needs of survivors, enabled the establishment of valuable connections between API Chaya and various faith communities, upon which further work would be built.

During its more recent history, the work of the PFT has seen continuity alongside development and has expanded in both depth and breadth. The roots of the project are honored by continued efforts to establish partnerships with communities who may not be aware of the services provided by API Chaya – in the past year alone, connections have been made, amongst others, with the Iraqi Community Center of Washington and Medina Academy, a full-time faith school based on the Eastside.

The PFT has continued to deepen its relationship with existing partners. In recent times, it has provided further training sessions to imams and community center board members on domestic violence, prevention, and related issues. The PFT is providing guidance in developing community protocols for responding to disclosures of domestic violence and sexual abuse within faith communities within a framework of transformative justice. The PFT has seen an increased interest from communities on the intersection between spirituality and mental health, and is exploring this topic in relation to its training programs and prevention work.

The PFT has also branched out in its work within faith communities over the last few years. With a renewed focus on violence prevention, the year 2017 saw the development of the “Bonds of Kinship” curriculum – a program designed to cultivate peaceful families through the lens of faith teachings and backed by modern research and skill-building. The program has been rolled out several times in various faith communities, including the Muslim Association of Puget Sound and the Islamic Center of Redmond.

The Bonds of Kinship program was recently utilized by IMAN Center Sunday School, Kirkland, as part of its parent orientation. The four-session series of workshops was a significant moment in the work of the PFT, incorporating a number of aspirations of API Chaya as a whole: the program was co-facilitated by community volunteers who underwent a facilitator training, demonstrating our emphasis on deepening community involvement; the material for the program was translated into Arabic, and an interpreter was available at the request of participants, highlighting our commitment to providing language access; and participants proposed ideas for future workshops, moving us towards our goal of community-led programming.

Throughout its history, the PFT has stayed loyal to its roots – engaging with and building community, supporting survivors in a way that is meaningful and respects their autonomy, and working towards eradicating violence.  It has also grown exciting new initiatives which reflect the changing and diverse needs of faith communities in today’s world.  The work of the PFT was built upon the foundations of hope laid down almost two decades ago.  It has been an honor to witness its growth, and to anticipate its future direction as it becomes more closely entwined within the fabric of faith communities.

To get involved in the work of the Peaceful Families Taskforce, please contact [email protected]