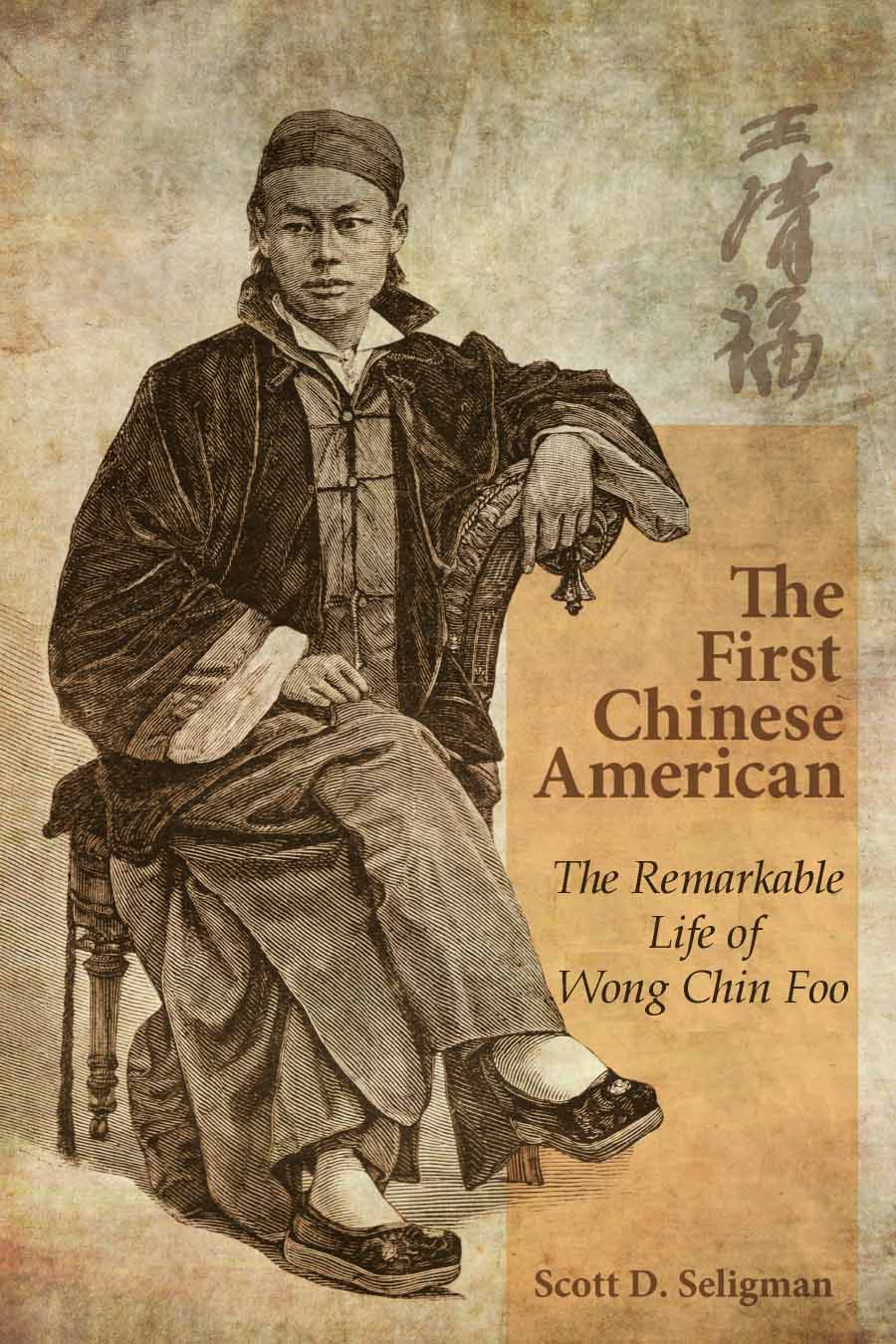 Toward the end of my Fulbright-Hays 2013 China seminar, we visited Hong Kong University to learn about Hong Kong education and issues related to the 1997 “Handover” or Return of Hong Kong to China. The biggest display in the college bookstore’s window was on Scott Seligman’s The First Chinese American, the Remarkable Life of Wong Chin Foo.

Such acclaim and legitimacy eluded Wong during his life. Selig’s biography of Wong portrays a man of big ideas, ever the showman, whose ideals soared though his livelihood floundered. Wong’s ideas and schemes could have drawn mass support, but all too often, he was the one and only proponent.

Seligman titles the chapters using language from Wong’s prolific writing published in a variety of newspapers, 1874-1897. Perhaps most remarkable are Wong’s political insights and his pioneering use of the term “Chinese American” to embrace an identity of Chinese whose American acculturation should logically entitle them to citizenship rights.

Wong’s story begins in 1847, a time of turmoil: the aftermath of the First Opium War between China and Britain and the eve of the Taiping Rebellion, a messianic movement against the Qing dynasty. Though Wong’s family had been well-to-do, his father becomes destitute and turns his young son over to Christian missionaries in Shandong. Wong receives an education, including a few years of study in several U.S. colleges. Although he does not graduate, he discovers his talents for public speaking, lecturing on Chinese culture.

Though Wong returns to China long enough to marry and father a son, he runs afoul of the government and is forced to leave the country. In San Francisco, Wong takes up the issue of freeing Chinese girls trafficked into prostitution. Unfortunately, this stance puts him at odds with a powerful triad organization, Hip Yee Tong. Apparently, they offer $1,500 for his assassination and Wong is on the run again.

Wong spends time in Chicago and New York, where he launches a newspaper, Mei Hua Xin Bao/New American Chinese News in 1883. The production alone was daunting as the characters were hand-written, then photolithographed, etched on to stone and finally, produced. Though the newspaper was short-lived, February-September 1883, Wong’s entrepreneurial instincts were whetted.

Wong, short on capital himself, tried to partner with various businessmen or attract investors. Wong tries several times to establish a New York Chinese Theatre.  He also wanted to be involved in the Chinese exhibits at the Chicago World’s Fair and Omaha’s 1898 Trans-Mississippi Exposition.

Wong briefly launches a Confucian temple in Chicago, though there is but one inaugural address. That speech is a mish-mash of ideas, only somewhat related to Confucianism, though perhaps it presaged today’s Confucius Institutes, sponsored by the Chinese government, as a soft power means of introducing Chinese language and culture in ninety countries.

In 1874, Wong naturalized as a citizen in Grand Rapids, Michigan, before Chinese as a whole were denied that process with the passage of the Chinese Exclusion Act 1882, which was finally rescinded in 1943. Wong’s interests in citizenship rights for Chinese Americans is demonstrated by his initiating the Chinese Equal Rights League in 1892, the American Liberty Party in 1896, as well as testifying before Congress against the Geary Act (which extended the Chinese Exclusion Act of 1882) with these words:  “[Chinese] who pay into the Treasury of the United States millions of dollars annually, are branded and classified, under the provisions of this obnoxious bill, as criminals, simply because they are persons of Chinese birth. … Is it then a crime to be a Chinaman?”

Seligman persuasively argues that Wong is the first Chinese American because he actively tried to become part of America, acculturating to American English language, style of dress, and most importantly, American values.

Seligman describes Wong as having “become someone who owed much to both cultures but was fully at home in neither—a Chinese American.” As a third generation Chinese American, I would add that as more Chinese Americans made their homes and communities in the United States, over time, we have made a new home: Chinese America. We don’t have to choose between places anymore.